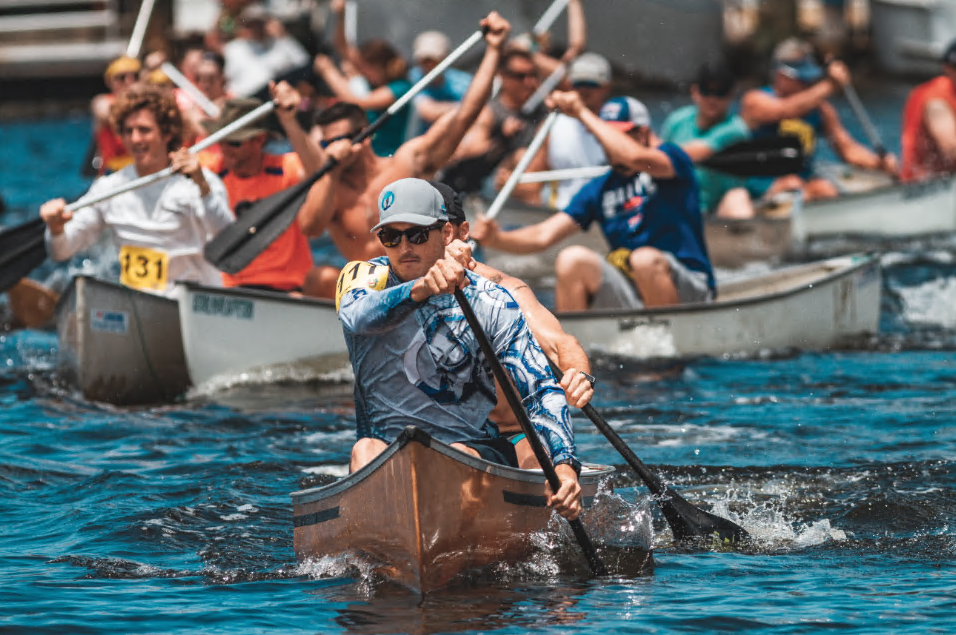 It was May 1977 when the owner of The Dock at Crayton Cove hosted a canoe race to celebrate his first year in business and the end of the season. About 150 people showed up to watch 25 locals race through the cove, past the Naples Yacht Club and toward the Gordon River Bridge before turning back—the same course that continues today.

Dubbed The Great Dock Canoe Races, the event has became an end-of-season tradition. Over the years, people started decorating their boats to fit the annual theme (think a DeLorean-inspired cruiser, complete with grey, cardboard gullwing doors, for the Back to the Future year), though decorations are now limited to the canoe parade, preceding the main event.

Hosted by Naples Jaycees, the 44-year-old race sees about 1,000 spectators and 100 participants between the canoe and paddleboard races every year. “There’s nothing like it,” says event chair Matt Flores. “It’s like breathing a sigh of relief at the end of season.”

As of press time, the group is unsure whether the May 9 Paddleboards in Paradise-themed gathering will be canceled due to the pandemic, but we can look forward to this singular event enduring for years to come.