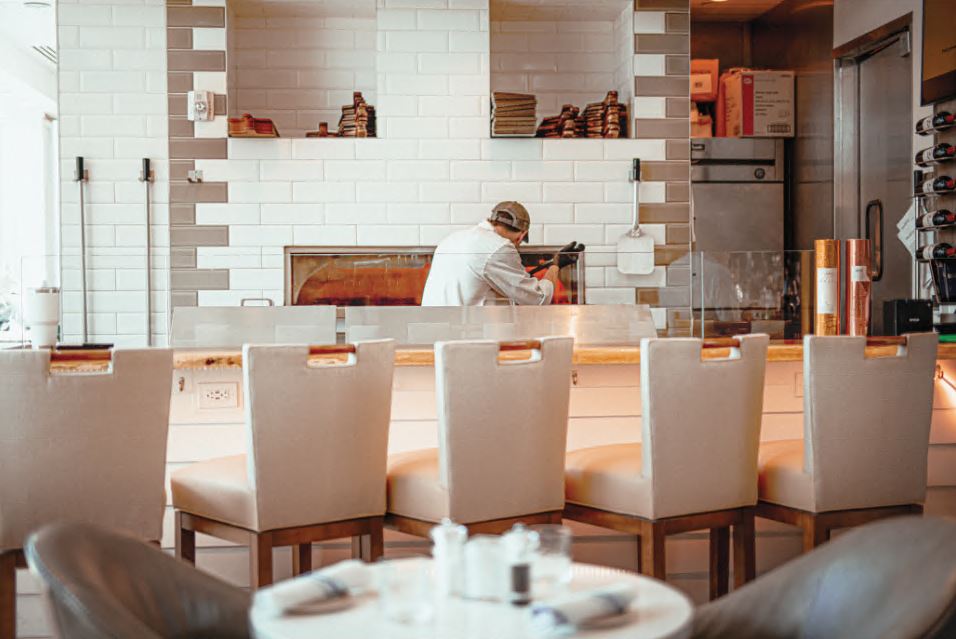 Grappino, Naples; Photo by Tina Sargeant
Grappino, Naples With the opening of Grappino, a grappa-themed restaurant and bar (stocking more than 80 kinds of the Italian spirit), Fabrizio Aielli has officially created a formidable dining empire. For his fourth restaurant in Naples, he took over the lofty, light-filled former home of Timeless on U.S. 41, and added whimsy to the contemporary setting, with details like the Murano glass balloons strung on transparent fishing wire from the ceiling. The menu is built around two pillars: a top-of-the-line brick pizza oven that affords a thicker, pillowy dough (it almost has the consistency and presentation of focaccia) and an algebraic equation of possible pasta combinations. There are 13 types of noodles (nine of which are made in-house) and 13 sauce and topping permutations to choose from—you do the math. Photo by Tina Sargeant   Chops City Grill, Naples When Skip Quillen debuted Chops City Grill on Fifth Avenue in 1997, it was a revelation—an upscale steak house with a full raw bar and sushi. And while the kitchen remained on the cutting edge, with Quillen and his team reworking the menu at regular intervals, the dining room had become dated. In late 2019, Quillen gutted the space down to the studs, renovating the restaurant with breathtaking results. Rich lavender drapes, plush velvet banquettes, deep wood paneling and delicate crystal chandeliers weave together for a sumptuous experience that matches the gravitas of the menu. The latter was also refre
Subscribe Now and unlock unlimited digital access.
Already a subscriber? Sign In.