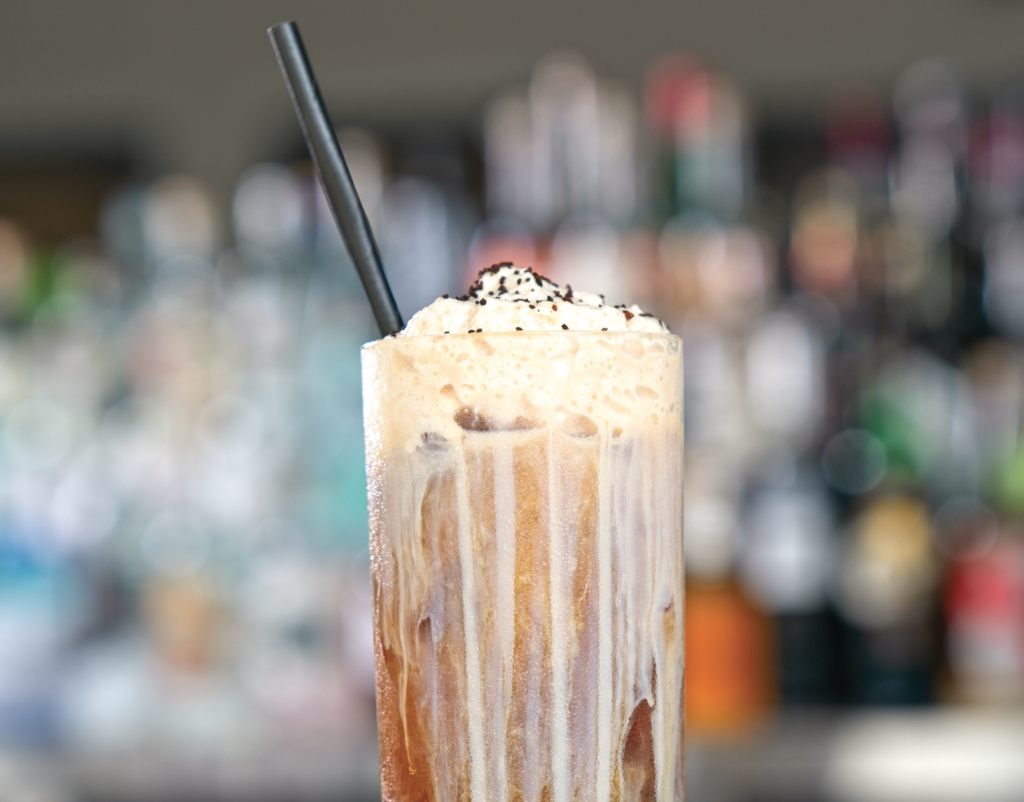 Bartender Damon Roseberry cut his teeth working at a private island resort in Australia’s Great Barrier Reef, where he learned to mix with fresh ingredients. He took his skills for garden-to-glass bartending to one of The World’s 50 Best Bars, Miami’s Broken Shaker, before taking the reins as beverage director at The Founders Market + Bistro, the highly anticipated restaurant that debuted in North Naples in February. 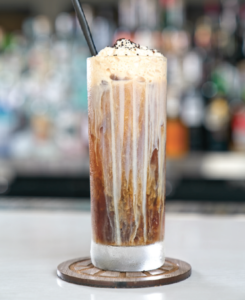 As with the food menu—which co-founder and executive chef Don Splain created with an obsessive focus on local, fresh and from-scratch ingredients—The Founders’ drinks rely on products  found within a 30-mile radius of the restaurant. The 36-year-old bartender notes that most of the seasonal fare comes from farms in Immokalee or from the restaurant’s own garden. Roseberry relies on old-school techniques, along with fresh herbs and produce, and house-infused spirits and syrups, to whip up creative libations, like The Duderino. A riff on an Irish coffee, the drink is named for The Dude from cult-favorite The Big Lebowski (fans might remember The Dude’s affinity for a similar drink, the White Russian).

The cocktail highlights Roseberry’s interest for lesser-known elements—in this case, chicory, a dandelion-related plant most known for its association with New Orleans-style coffee. Roseberry steeps and strains his own chicory simple syrup and cold brew coffee, before shaking it all together with coffee-flavored  whiskey and ice. “It’s a pick-me-up, a good day drinker,” he says. “In Florida, a cold version is nice—it’s light, sweet and refreshing.” And if you’re feeling lazy, a bottled version of the cocktail (minus the cream topping) is available on the restaurant’s site (thefounders.market).

2 ounces unsweetened cold brew coffee (buy one with no additives)

To make the simple syrup: Heat the water to boil and turn off the heat. Add dried chicory and steep for 10 minutes. Strain through a fine mesh strainer and add sugar. Allow the sugar to dissolve before straining into a bowl or jar for future use. Keeps up to a month in the fridge.

To make the whipped cream: Whip heavy cream in a stand mixer with whisk attachment on medium speed, until mixture begins to thicken. Fold in the Irish cream liqueur and continue to beat until blended. Store in an airtight container in the fridge for up to five days.

For the cocktail: In a cocktail shaker, combine all ingredients, except for the Irish cream-flavored whipped cream, and shake vigorously. Pour into a Collins glass with ice and top with cream.