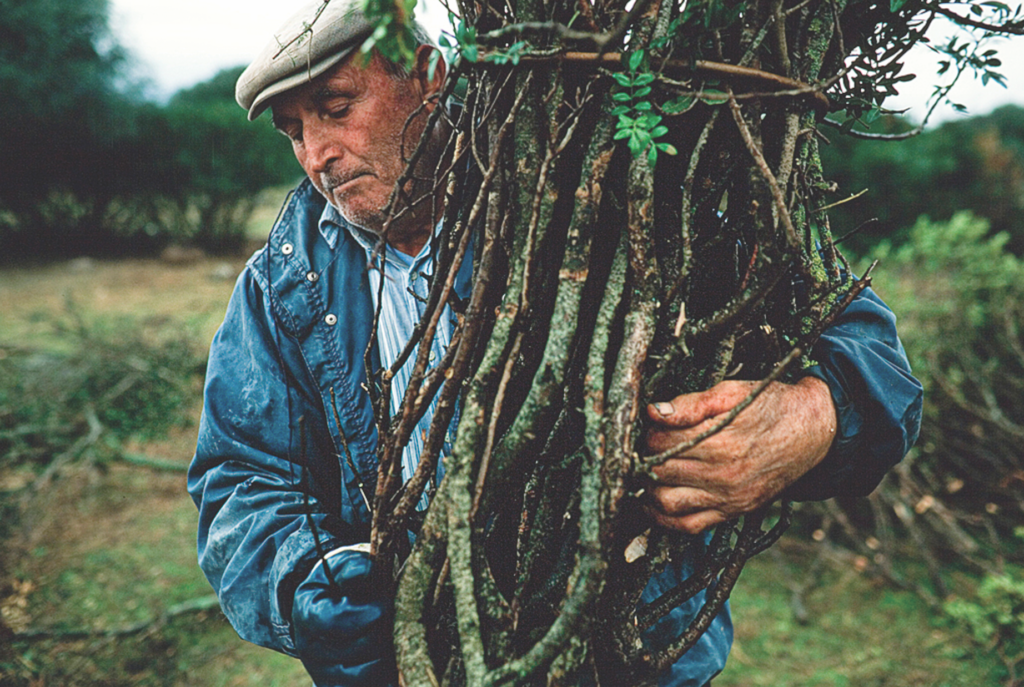 By now, most of us are familiar with Blue Zones, a term that first appeared in a National Geographic story, in which Dan Buettner identified communities around the world where people routinely live long, healthy lives.

In the story, and in subsequent books, the journalist outlined core lifestyle habits—what he called Power of 9 principles—present among the people in the five places.

The concept evolved into the Blue Zones Project, with Buettner providing a template that towns, businesses and individuals could follow to implement the principles—from eating more veggies to cultivating friendships. Naples joined the cause in 2015, when NCH Healthcare System launched the Blue Zones Project of Southwest Florida and commited to create an environment that supports the balanced lifestyle.

Although the project isn’t all about diet, Buettner recognizes food has a lot to do with how we feel and function. “For most Americans, an entrance ramp for a new lifestyle change is through their mouth,” he says.

While working on the blueprint for the project, Buettner revisited the original communities and walked away with the idea for a cookbook that goes beyond recipes. In The Blue Zones Kitchen: 100 Recipes to Live to 100, the author pulls back the curtain to reveal the people and places that inspired his work. “I wanted to harness the culinary genius of the Blue Zones and let people taste what it’s like to live in these places.” The result? A robust roadmap for balanced eating and an assortment of recipes that prove eating well doesn’t have to mean compromising on flavor.

Waking up at dawn, men in Nicoya, Costa Rica, ride their horses to work in the verdant mountains of the Costa Rican peninsula, where they spend days tending to crops and livestock. To fuel up for the hard day’s work, they start the morning with a hefty serving of protein-packed gallo pinto (rice and beans), alongside a basket of from-scratch tortillas and a steaming cup of black coffee.

Buettner  found a bustling, family-owned cafe in the mountains that served the  traditional breakfast to locals for less than $5 per serving. In his book, he describes it as the “world’s healthiest breakfast.”

That’s because the author  found that an ideal breakfast consists of protein (which repairs and rebuilds tissues and makes you feel full), complex carbs (for energy) and antioxidants (to protect your cells from disease).

While you might not be scaling mountains, you’ll find that a breakfast with those three components will sustain you throughout the day.

Not ready for beans in the morning? You can find a good source of protein and complex carbs in Ezekiel bread, which is made with four types of sprouted grains that provide all nine essential amino acids, which makes it a complete protein. Combine with antioxidant-rich blueberries.

In the remote island Ikaria, locals embrace a Mediterranean diet, relying on herbs like thyme and oregano to ramp up the flavor of foods like chickpeas, which are packed with nutrients but low on flavor. “We’re pretty good at putting chickpeas into hummus, but beyond that, people often don’t know what to do with them,” Buettner says.

Meanwhile, on the Greek island, he saw the possibilities were endless. He met one  woman who crafted a pastry with a filling that he describes as “transcendent,” with chickpeas cooked in a broth with sage,  rosemary and caramelized onions—all freshly picked.

Ikarians act as “hunters and gatherers,” searching the sides of the roads for herbs like fennel, parsley and chicory, and gathering sea salt from the coastal rocks. They also tend seasonal gardens for items, such as lemon and tomatoes.

The perks: Not only does gardening and foraging provide a good mental and physical boost, but most of the herbs, spices and veggies found in a Mediterranean diet also have anti-inflammatory benefits. Some also target other issues, such as digestion (rosemary) and stress (oregano).

Though it wouldn’t hurt to start your own herb garden, stocking up on these prevalent foods is as easy as walking into your local grocery store.

Go Meatless Like the seventh-day adventists of Loma Linda

“If you’re eating a standard American diet, it’s probably shaving about six to 10 years off of your life expectancy,” Buettner says, adding that the problem is that in the U.S., the food that’s most accessible is typically prepackaged and processed. Those meals are packed with added sugar and preservatives that wreak havoc on our health.

In Loma Linda, California, he met a close-knit community of Seventh-day Adventists who follow the Old Testaments teachings that say people should avoid animal products deemed unclean. Instead, they stick to whole plant foods, including vegetables, fruits, grains, nuts and seeds.

In most Blue Zones, meat is eaten in small amounts and typically reserved for special occasions, if it’s consumed at all. Buettner found that in Loma Linda, the Adventists who completely abstain from meat, tend to live longer and weigh about 20 pounds less than their Adventist peers who eat meat on occasion.

Skimping on meat doesn’t have to equate to a radical change on the dishes you eat. In fact, Loma Linda dinner tables look a lot like many other Americans’, with vegetarian twists on classic dishes, like No-Meat Balls and Sweet Potato Black Bean Burgers. “Even if you’re having an animal-based meal, you can just add some of these things like fresh vegetables and beans onto your plate—it’s a transition,” says Deb Logan, the executive director of the Blue Zones Project of Southwest Florida. 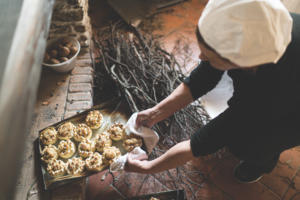 Every Friday generations of Sardinian women gather in a small neighborhood house dedicated to making bread. The eldest brings the starter dough, which has been in her family for hundreds of years, and together the women make loaves of bread and pasta to bring home for their families. “They spend the afternoon socializing around this great activity, the whole time they’re talking and relieving stress,” Buettner says.

The community focuses specifically on sourdough, which the author recognized as a staple in diets across the five Blue Zones. That may be because its unique fermentation process makes it more nutritious and digestible than other breads. Plus, it’s said to have a lower glycemic index.

Another constant across the board? In every place, people gather to eat together.

In the States, Blue Zones fans have started creating Moais, a concept borrowed from Okinawa—a Blue Zone in Japan. There, locals belong to these moais, or social support groups, which are formed at a young age and endure for life.

Lisa Gruenloh, director of development for NCH Healthcare System’s Center for Philanthropy, participated in a local Potluck Moai last summer, with about 100 other people who experimented with the recipes ahead of Buettner’s book release. Some of them stuck with it, branching out into smaller groups and checking in with each other periodically. “A huge part of a Moai is to get people together,” Gruenloh says. “It’s easier to stick with things when you’re doing it with someone.”