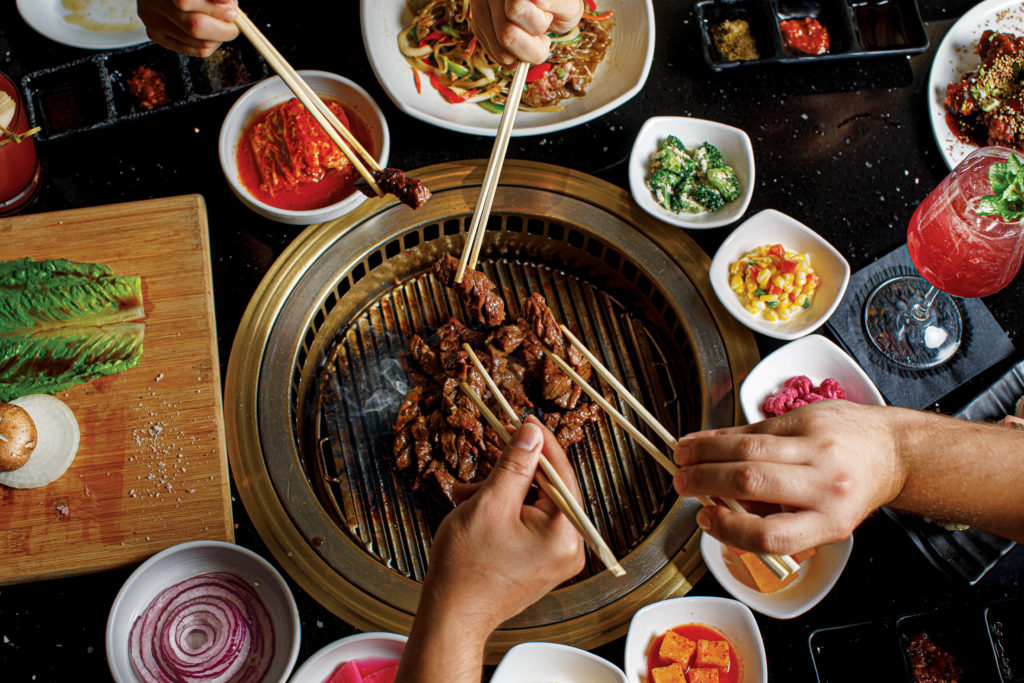 While the three restaurants featured here have outdoor dining or ample space to spread out, their transportive flavors are also available to-go.

With the ongoing pandemic, 2020 has become the year of the summer staycation. But global experiences  aren’t completely off the table.

Seasoned travelers know food is a primary avenue for experiencing different cultures. A bowl of pozole can transport you to an afternoon spent in Jalisco, the same way a mezze platter can recall  a trip to Beirut. In Southwest Florida, we’re fortunate to have a slate of authentic eateries where you can indulge your adventurous taste buds, without having to hop on a plane.

Sure, you may still have to wait for that horseback ride through the Argentine pampas, a dip in the marine blue Mediterranean or a shop-till-you-drop sprint in Gang-nam. But these restaurants allow you to indulge your wanderlust while getting a taste of some of the best culinary cultures in the world: the south of France, Peru, Argentina and Korea. 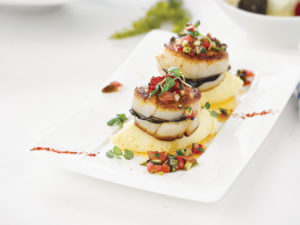 Not only is Provence an idyllic destination that many people return to year after year, it’s also a cradle of excellent dining. We have this stretch of the south of France to thank for classic dishes, such as bouillabaisse and niçoise, after all. In Naples, Bleu Provence captures its essence best.

The Cariot family opened the restaurant near Naples Bay in 1999, after relocating from France. Now, two generations work side by side, whipping up true-to-form bistro fare. Just like in the understatedly well-heeled towns along the region, diners can expect rustic-elegant classics, such as steak frites and escargot, along with singular spins on haute fare, such as a skin-on grilled loup de mer (branzino) with a parmesan-fennel bake similar to a dauphinoise.

The design is transportive, too, with its simple wood frame chairs, white shiplap ceilings and walls awash with the same shade of azure that lines the striped umbrellas outside.

The crown jewel, however, is the restaurant’s jaw-dropping cellar, which holds 50,000 bottles spanning 4,600 labels. The collection has earned the team numerous national awards, and it includes some vintages that money alone can’t buy, like the prized Domaine de la Romanée-Conti, a hallowed name in Burgundy wine.

(Above photo) At Bleu Provence, dishes such as the seared scallops stuffed with truffles and porcini-chestnut soup, will take you straight to the south of France. Photo by Erik Kellar. 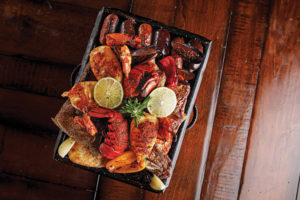 One look at the cowhides lining the walls at El Gaucho Inca, and you get the sense you’re not in Florida anymore. The skins and longhorns on the walls combine with Incan textiles, pottery and huge wagon wheels that double as booth separators to recreate the feeling of being countryside in the Andean foothills.

This Fort Myers restaurant marries the two owners’ native countries: Chef Mariano Maldonado, the so-called gaucho, is an Argentinian of Italian descent, like many of his compatriots. This is reflected in the menu’s authentically Argentine dishes, such as the blistered provolone cheese and breaded chicken dripping in tomato sauce. His partner in work and in life, Rocio Navarrete, is the Inca from Peru. Her roots come through in the superlative ceviches and saltados, or stir-fries. Over the years, the pair has skillfully woven together traditional plates from both countries in their inclusive menu.

You’ll be hard-pressed to find a better cut of beef than the ones you find here, too. While we may fancy ourselves a nation of beef eaters in America, Argentina takes the dulce de leche-frosted cake for its singular devotion to meat. El Gaucho Inca pays special tribute to the country’s carnivorous roots and related gaucho culture—the cowboys that herd cattle on the pampas, the grassy plains that stretch for hours outside of Buenos Aires. Their prized cattle features prominently on restaurants’ and home grills and tables around the country. Find an apt representation in the restaurant’s 12-ounce servings of churrasco (skirt steak), picanha (top sirloin) or with the hearty parrillada (assorted grilled meats).

(Above photo) El Gaucho Inca’s menu reads like a greatest hits of South American cuisine with Argentinian parrillada (bottom left), Peruvian ceviche (below) and other recipes from the two lauded culinary destinations. Photo by Brian Tietz. 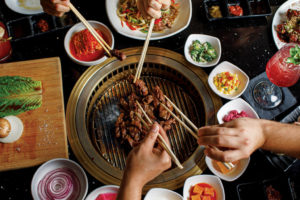 Seoul, shopping and ssamjang sauce are a few highlights of a trek to the famous peninsular nation. While we can’t do much to make up for the shopping or capital city experience, we can help you capture the bold flavors of the region.

Take a quick zip up U.S. 41 to this Fort Myers eatery where nearly every table is outfitted with a gas burner. Here, you’ll bond with friends in the communal Korean barbecue tradition, working together to fire tender slices of marinated short rib, wagyu, pork belly, spicy chicken or any of the other dozen-plus prime meats on the menu. For many, the most delightful aspect is the banchan, a myriad of tiny sides, like kimchi and pickled cucumbers, that complement the proteins.

Although the immersive barbecue experience is the center of the exercise, the menu also offers a repository of alternative Asian flavors, with traditional Korean dishes such as silky glass japchae noodle; creative ‘bar menu’ eats, like the kimchi quesadilla; and a plethora of sushi.

The contemporary restaurant’s lofty size is a major perk in this res-tricted age of dining—the sleek and spacious space allows plenty of room for parties to spread out. Meanwhile, the onyx-colored furniture and mood lighting cast a cosmopolitan glow for a sophisticated departure from at-home dining.

(Above Photo) Chris Shin, formerly of Tokyo Bay in Bonita Springs, leads the team at Fort Myers’ sleek Ember Korean Steakhouse, where the country’s barbecue tradition is served up alongside sushi, noodles and other traditional and modernized Asian fare. Photo by Brian Tietz.