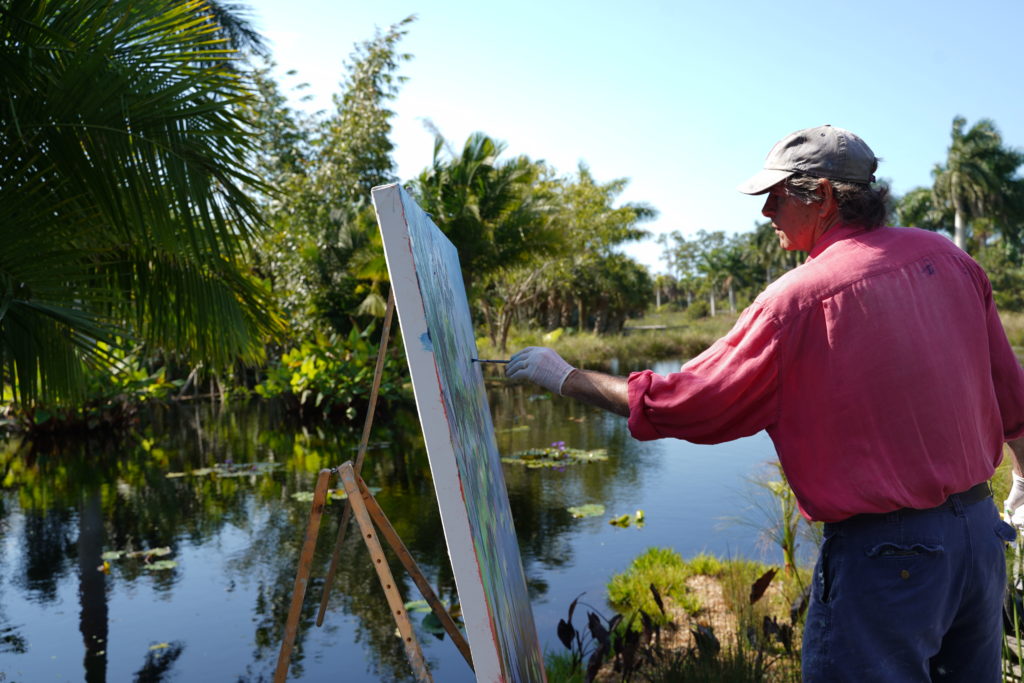 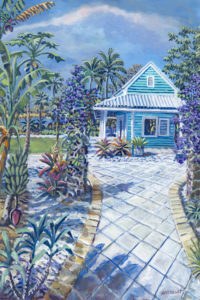 If there is anyone who can capture the true essence of Southwest Florida’s lush subtropical landscapes, it’s Paul Arsenault. The painter’s colorful works have practically become emblems of our region’s landscapes.

When it came time for Naples Botanical Garden to find an artist to share their work in a new exhibit celebrating the 170-acre oasis, it was natural that they’d call on Arsenault—a man that’s made a name for himself painting expressionist views of Naples (along with other places), since he moved to Florida over 40 years ago.

Rather than offering only his existing work, Arsenault embraced the assignment on a larger scale. He decided to supplement his older works with ten new 6-by-4-foot canvases depicting various views of the Garden. The new pieces are now on display in the Garden’s Kapnick Hall as part of The Impressionist’s Garden: Plein Air Paintings by Paul Arsenault exhibit through November 8.

The panels are intermixed with several, smaller paintings Arsenault has done over the past two decades that he’s been painting in the garden. Over the years, Arsenault, who does most of his work plein air, has often set up his easel at the Garden. One of his earliest paintings that’s on display captures a fundraising plant sale at the Garden in 1999, titled “Orchid Sale.” 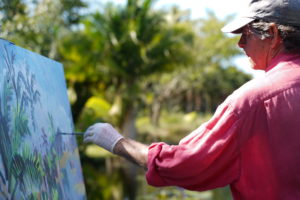 Arsenault says that the pieces—which he created over the span of a few months—offer a “particularly colorful and unique window” into the tranquil property.

After being approached by Garden staff with the idea last year, in January Arsenault used smaller canvases to began sketching views of each of the cultivated gardens on the property, including the Children’s Garden, the Brazilian Garden, the Florida Garden, the Asian Garden and the Caribbean Garden. Once the sketches were complete, Arsenault got to work painting two murals per garden. He propped his easel in recognizable and lesser-known areas of the property, gaining unique vantage points to capture its varied landscapes.

In one painting, we see the Garden’s pathways snaking through palms and clusters of bright green philodendron leaves. Another canvas shows a distant side view of the turquoise Caribbean House, with a banana bunch and coconut palm visible off to the side, and a sliver of Lake Tupke just beyond it.

The collection of paintings aims to show the Garden’s evolution over the years. “These represent a certain rhyme and reason and process of living in South Florida and engaging with the community,” he says. “They’re stories of how the gardens came about.”

Arsenault started working on the paintings before the pandemic struck. When the Garden had to shutter, he shifted to working from a studio just mere minutes away. Though out of sight from the Garden, the studio—once owned by the artist himself nearly twenty years ago—is now a space he continues to borrow from its current owner for bigger works that outsize his home. Once the grounds started to reopen in Late June, he hauled the canvases back to complete the finishing touches to the pieces in situ.

The vivacity of each artwork reflects the painter’s deep comprehension of the region’s distinctive ecosystems. 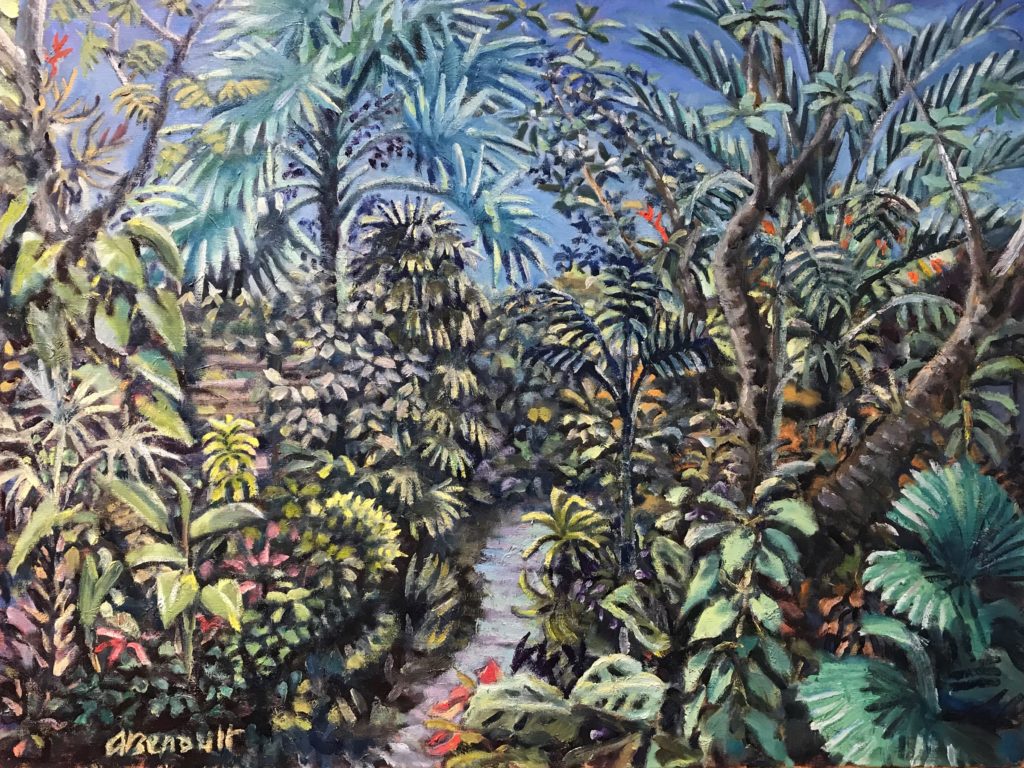