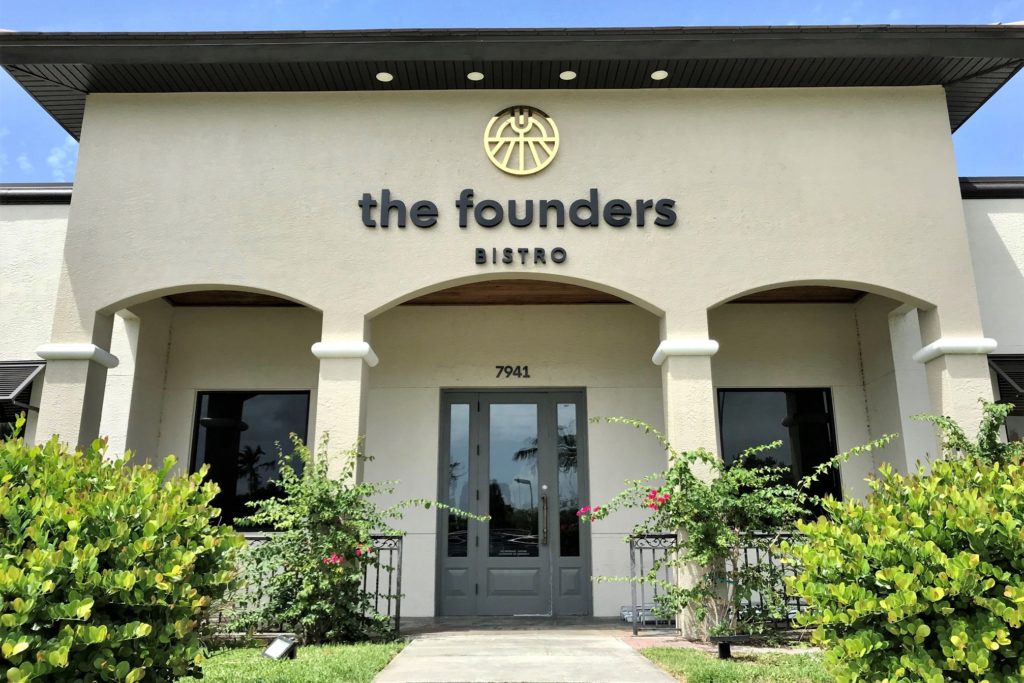 Since closing Aug. 9, The Founders Bistro will have a new chef and management team when the North Naples restaurant reopens Sept. 26. Chef Tony Newton and his wife, Kathy, have replaced Chef Don Splain and Axel Rios, who launched the chef-driven, farm-to-plate restaurant Feb. 21 just before the pandemic put the industry in a tailspin. The Newtons are best known locally as the couple who launched Fred’s Diner in Uptown Center in early 2008 and operated the local restaurant, renamed Fred’s Food, Fun & Spirits in 2010, for more than eight years. Tony Newton also previously was executive chef at The Turtle Club restaurant at Vanderbilt Beach Resort.

The Founders’ menu and concept are reportedly being overhauled but details have not been released yet. Likewise, future plans for The Founders Market companion business proposed for the other side of the courtyard in Fountain Park retail center have not been revealed.

When The Founders Bistro opened less than seven months ago in the former location of the Original Pancake House and Calistoga Bakery Cafe at 7941 Airport-Pulling Road, the upscale destination was bound to be one of the top new local restaurants and bars of 2020. It was promoted as bringing together four graduates of the prestigious Culinary Institute of America. In addition to Splain and Rios, those CIA grads included Beverage Director Damon Roseberry and lead baker Lisa Best. Only Best is expected to return as pastry chef. Roseberry was gone in early August before the restaurant announced a summer hiatus.