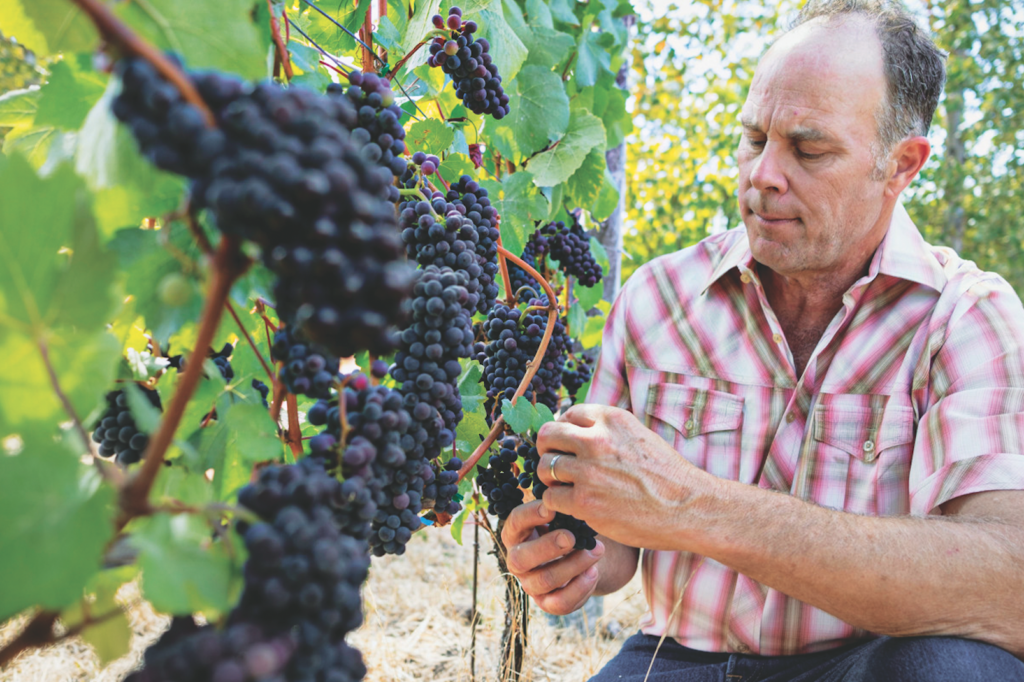 Florida is the only place outside of Oregon where Mad Violets’ wines are available. Brooke Kravetz, general manager of Naples Wine Collection and The Cave Bistro & Wine Bar, feels particularly lucky to stock the brand. 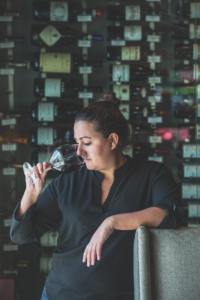 A chef by trade, Brooke Kravetz takes a holistic approach to her wine selections. As general manager of two revered wine establishments, she considers the interplay between food and wine, whether at Naples Wine Collection, the thousand-label-strong retail space, or The Cave Bistro & Wine Bar, the neighboring dining enclave modeled after European cellars.

Despite the grandeur of the restaurant and shop, it’s not all marquee names on the wine labels. Boutique wineries grace the shelves and are given as much care and attention as their more famous brethren.

Mad Violets Wine Co.’s Mantis Reserve Pinot Noir, from Oregon’s Willamette Valley, is a recent favorite of Kravetz’s. Along with its elegant fruit notes and lithe structure, it’s hard not to be charmed by the winery’s story, she says.

Vineyard manager Stirling Fox became interested in wine while working as a server in college. He attended Oregon State University, where he studied food science, technology and enology, while moonlighting as a viticulturist. Post-graduation, he managed vineyards for several large wineries, and in 2007 launched his own vineyard management company. Along the way, he was able to purchase a small parcel of land in the Chehalem Mountains, where he planted what is now Mad Violets’ Buttonfield Vineyard.

Winemaker Kelly Kidneigh followed a similar trajectory. While waiting tables in Santa Monica, she became enamored with wine and moved to Oregon, where she interned and worked at various wineries. She obtained her enology degree from Oregon State University, cementing her path.

The two became friends while working at Torii Mor Winery in Dundee, Oregon. A few years later, a romance blossomed. In 2005, Kidneigh graduated from Oregon State,  moved in with Fox and started dabbling in a small winemaking project Fox had initiated in his garage. “True garagiste winemaking,” Fox says, with a laugh. 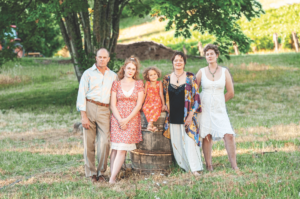 This little side project turned out to have legs. In 2008, they decided to take Mad Violets commercial. Named after Fox’s daughters from a previous marriage—Madeleine and Violet—the wine operation is what Kidneigh calls “the third child we had together.” Fox tends to the vineyards and the grape growing, sourcing fruit from various parcels throughout the Willamette Valley, while Kidneigh oversees winemaking.

With his expertise in the vineyards and hers in the cellar, the brand allows Kidneigh and Fox creative freedom. The onus is on them when to pick the grapes, as well as what types of yeast and fermentation vessels to use. Kidneigh, who also makes wines for other wineries, enjoys the opportunity to experiment.

One of the most liberating decisions is when to release the wine. Due to market and financial demands, wine often gets released—and consumed—earlier than many winemakers would like. With Mad Violets, Kidneigh and Fox only put their bottles on the market when they think they are ready to drink and will show themselves at an optimal stage. 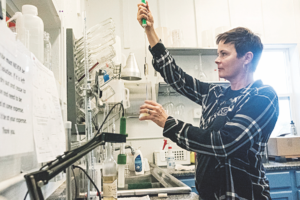 For the Mantis, their reserve wine, the pair place utmost importance on respecting the wine’s life stage and releasing it only when it’s in its prime. Considered Mad Violets’ top offering, it’s named after a praying mantis, a “beneficial insect” that eats pests and maintains an ecological balance. Kidneigh also finds the critters to be “ethereal,” a quality she and Fox strive for in their bottlings.

After extensive tasting and retasting, the couple select their favorite barrels from the vintage, which are then blended to create the Mantis Reserve Pinot Noir. They prefer a very judicious use of oak, which lifts the wine and imparts an inviting spice note, but won’t mask or dominate the fruit.

Coincidentally, the selected barrels often contain juice sourced from their own Buttonfield Vineyard, creating an even deeper connection with the label. Quantities are limited—only about 100 to 175 cases—and the duo has no plans to grow it any further. 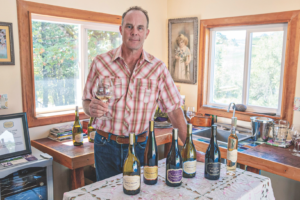 Kravetz counts herself lucky to be able to obtain this rare wine, as Florida is the only place outside of Oregon where Mad Violets sells. The Mantis is featured in both the Naples Wine Collection and The Cave, “where it pairs really well with our herb-roasted quail dish,” she says.

In life and in wine, Kidneigh and Fox have been able to follow their hearts and put their passion in the glass.