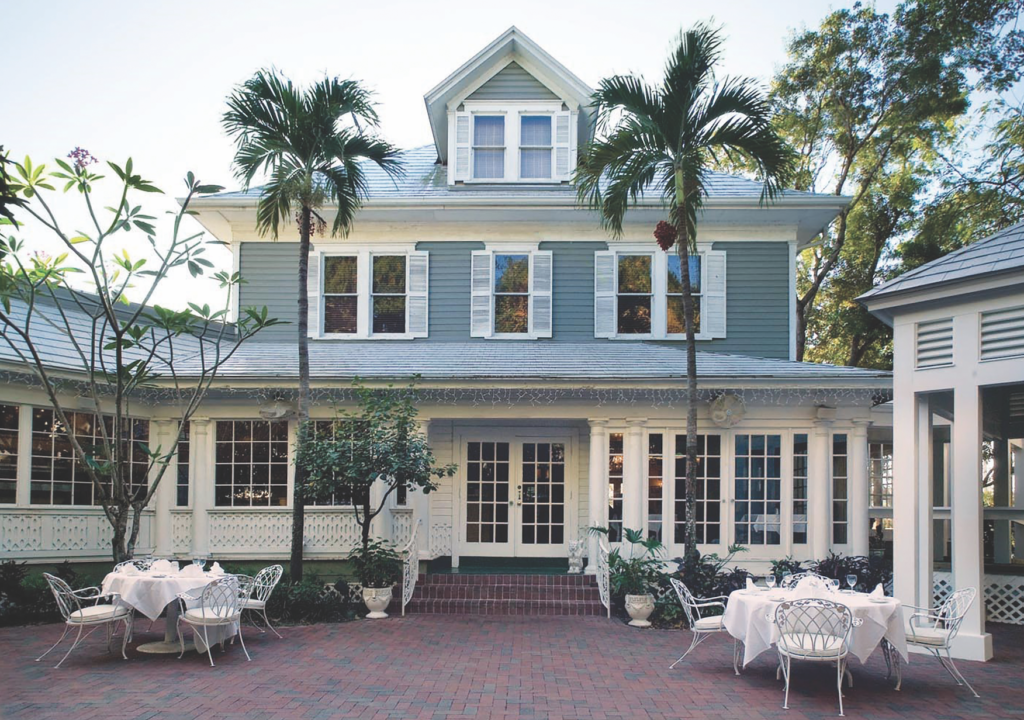 The two homes were combined by Herbert “Peter” Pulitzer, the former husband of fashion designer Lilly Pulitzer and grandson to Joseph Pulitzer of Pulitzer Prize fame. In 1978, the space was transformed into what is now The Veranda.

Tucked away from passersby on the corner of Second Street and Broadway in downtown Fort Myers sits a cool, shaded courtyard where countless couples have pledged their love, decades’ worth of hopeful revelers have toasted the New Year and families have gathered to celebrate milestones for generations.

The sunlight-dappled space is the centerpiece of The Veranda, a historic restaurant known for its nostalgic charm, tuxedo-clad waitstaff and tableside service. Here, the past and present are blended so seamlessly that guests enjoying cocktails and conversation are unaware of the history that lies beneath their feet. 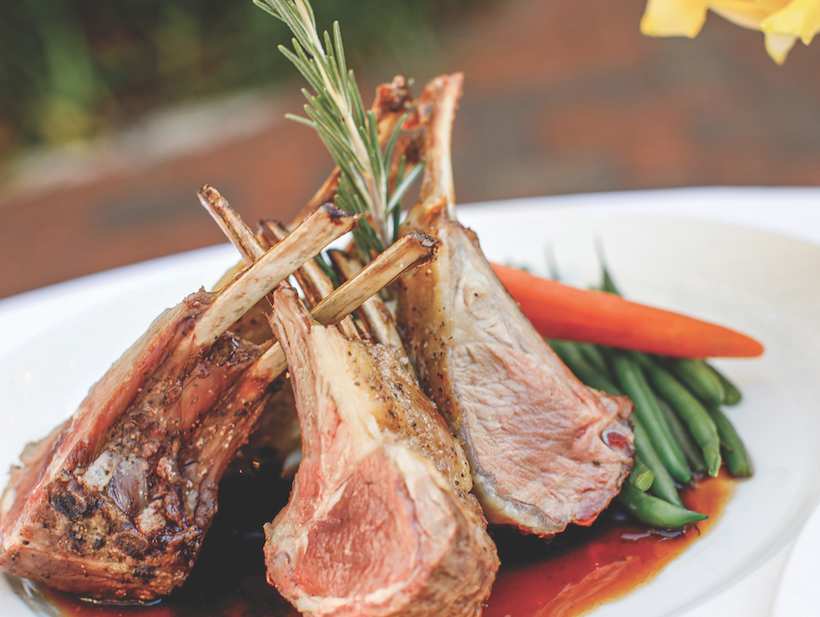 The restaurant is comprised of two homes built by Manuel S. Gonzalez, one of the first residents of Fort Myers. His father, Capt. Manuel A. Gonzalez, founded the city on Feb. 21, 1866. The older Gonzalez had an established history with the abandoned Union fort; during the Seminole Wars, he brought mail and supplies on his route from Cuba to Fort Brooke in Tampa. When the family settled as homesteaders after the Civil War, father and son operated a trading post while wife and mother, Evalina, became the first teacher in the community. The corner house was built in 1902 for the younger Gonzalez and his family and the second home was built in what is now The Veranda’s parking lot for his mother.

In the 1970s, the two homes were joined together by Herbert “Peter” Pulitzer, former husband of fashion designer Lilly Pulitzer and grandson to Joseph Pulitzer of Pulitzer Prize fame, for his friend and longtime fishing buddy Fingers O’Bannon. A few restaurants and bars floundered in the space until Paul Peden purchased it in 1978 and transformed the houses and courtyard into The Veranda.

Due to its proximity to the courthouse, the bar at The Veranda was called Courtroom B by the initial regulars, who were, according to  Peden, “four or five judges and a slew of attorneys.” The bar business was booming but Peden who at the time, owned and operated the old Smitty’s bar on West First Street,  chose to focus on bringing a classic dining experience to downtown Fort Myers.

The transformation started structurally, with the addition of private dining rooms on the second floors of both houses and office space on the third. Porches were enclosed, creating small dining areas that feel private within the limited-seating dining rooms. “We just kind of grew,” Peden explains. “We adapted as we went along.”

The restaurant’s tableside service has been in place for decades, including salads, entrees, desserts and Irish coffee—the flames touching the rims of the glasses as customers gaze in wonder. The presentation is part of what makes the dining experience unique, a vintage touch that, along with the pressed white tablecloths and historic setting, transports diners to a time when a night on the town meant more than a meal—it was an event.

That may be why the restaurant has been the scene of many events in its patrons’ lives, including engagements. The small pond in the courtyard and alcove tucked under the stairs have seen their fair share of proposals. Micki Carlson-Funk, office and guest relations manager, estimates that in the last four decades, 500 couples have tied the knot on the property. “It’s a special place,” she says. “The couples come back and visit us, they send postcards from their honeymoon and come back with their kids.”

Peden points out that part of what makes The Veranda unique is the staff, many of whom have been part of the restaurant’s family for decades. “Turnover is very small, so when you come back and see the same people, same service staff, they know you,” he says. “They are not just customers, they are relationships. Our first priority is seeing that our guests are happy and satisfied.”

While the restaurant has been part of many public events, its walls have also offered privacy to famous guests, including actress Carol Burnett, choreographer Mikhail Baryshnikov and one of Peden’s favorites, the famed sex therapist Dr. Ruth Westheimer. Other big names have graced the private dining rooms, but, like the business that is still conducted over drinks in the bar, the restaurant keeps its secrets within its century-old walls.

The courtyard, though, is a different story. There are few secrets there, as laughter fills the air, happy applause rings loud as another proposal plays out near the pond. “We are definitely a special occasion destination,” Carlson-Funk says. “We are part of the fabric of someone’s memories for the rest of their lives.” 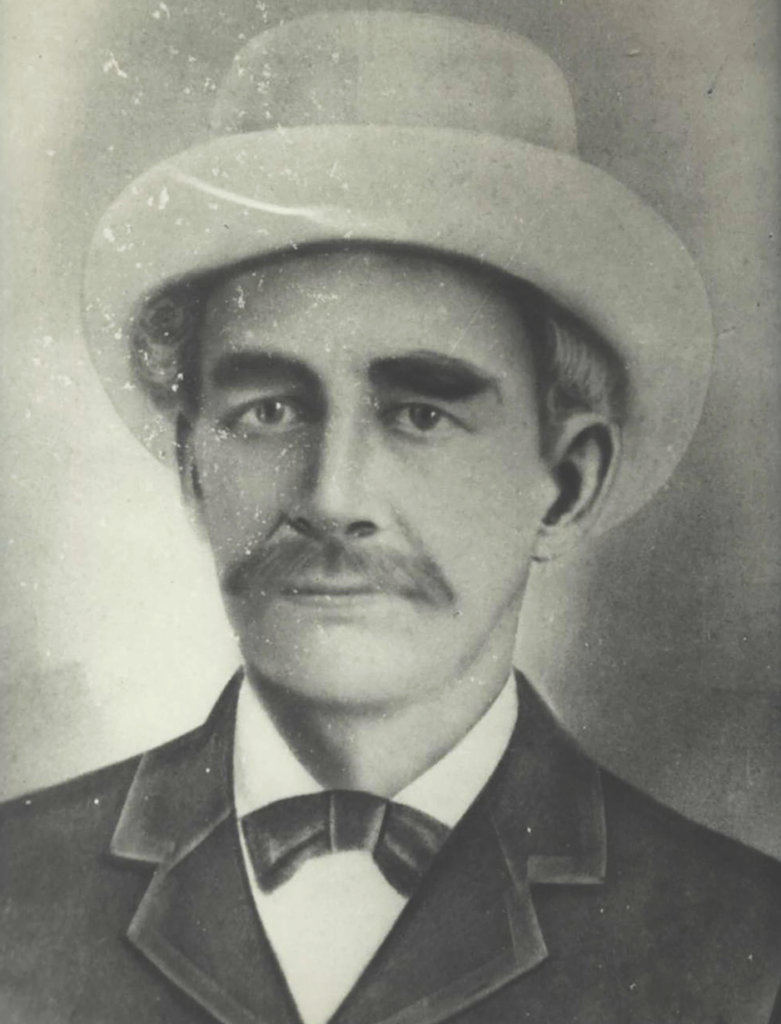 Photography courtesy of The Veranda