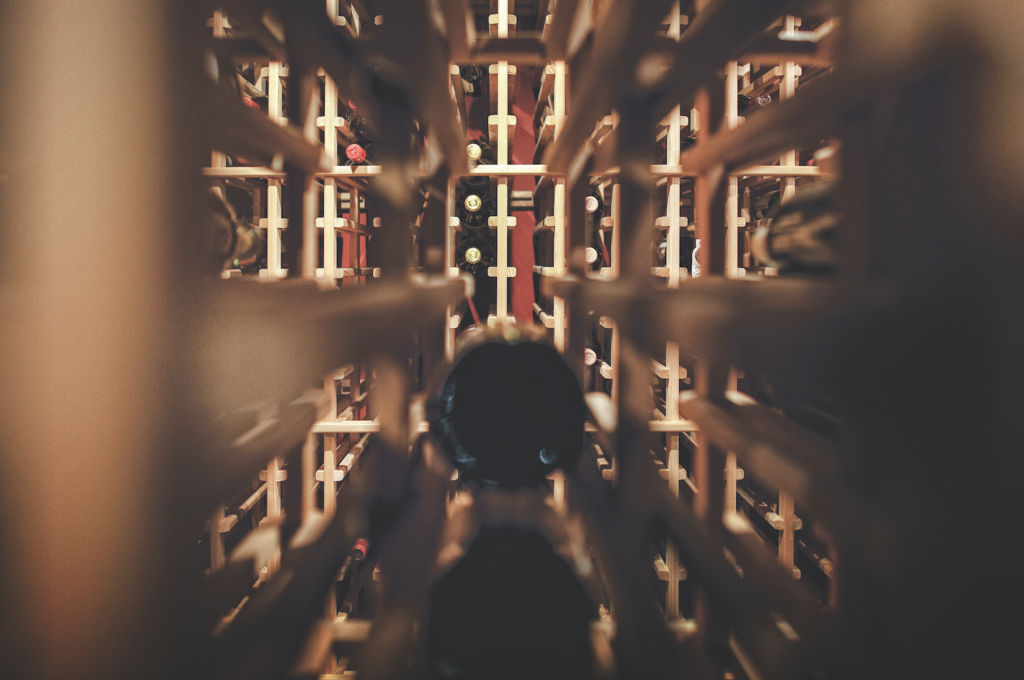 Larry Andrews, the founder of Naples Fine Wine (formerly Fairways Wine Vault), remembers when he first fell in love with wine. It was 1992, and he was at The Lodge & Spa at Cordillera in the Beaver Creek, Colorado area, where he was visiting for a golf tournament. “I was a pretty good golfer at this time,” he says.

There, he met an avid collector from Castle Pines, Colorado, and a long wet dinner ensued. “It was hilarious because I’m 6 foot 4 (inches tall) and the young pro that I brought with me was 6’ 7, and he was drinking (wine) like soda pop, so I had to kick him under the table to get him to slow down,” Larry says, laughing.

Before this trip, Larry drank wine on occasion; his go-to wines were Sonoma Valley’s Jordan and Napa’s Caymus—maybe he’d go for an Opus One if it was an anniversary or special occasion. But the Cordillera holiday stands as a turning point in his wine education. Despite the revelry, the week proved to be as much about quality as quantity, when Larry learned to appreciate offerings from two Napa wineries—Colgin Cellars and Bryant Estate. “I knew they were more expensive than what I had been drinking,” he says. “We settled in and started enjoying it properly.” After a period of four or five days refining his palate, he was invited to Castle Pines for more golf and wine. He took to the latter so quickly that he asked his host how he could get involved with viticulture. The answer was for him to read up and join a wine organization. “And he said, ‘You’ll be surprised—you’ll meet friends who like wine rather rapidly,’” Larry recalls.

Wine has enhanced Larry’s life in ways he never could have imagined. Raised in Michigan, he’d come to Naples to follow his dream of becoming a professional golfer, found the sport far more competitive than he’d imagined, then got into the building industry and stayed. In 1975, he founded AA Stucco & Drywall, which outfits commercial and residential buildings from Tampa to Marco Island. As his construction business flourished (at one point he had 1,000 employees), Larry found that he was able to travel the world, golfing as an amateur. Thus, his life in Naples has allowed him to focus on his three loves: golf, wine and his wife, Cheryl, who helps him run Naples Fine Wine, with its impressive 25,000-plus wine inventory. 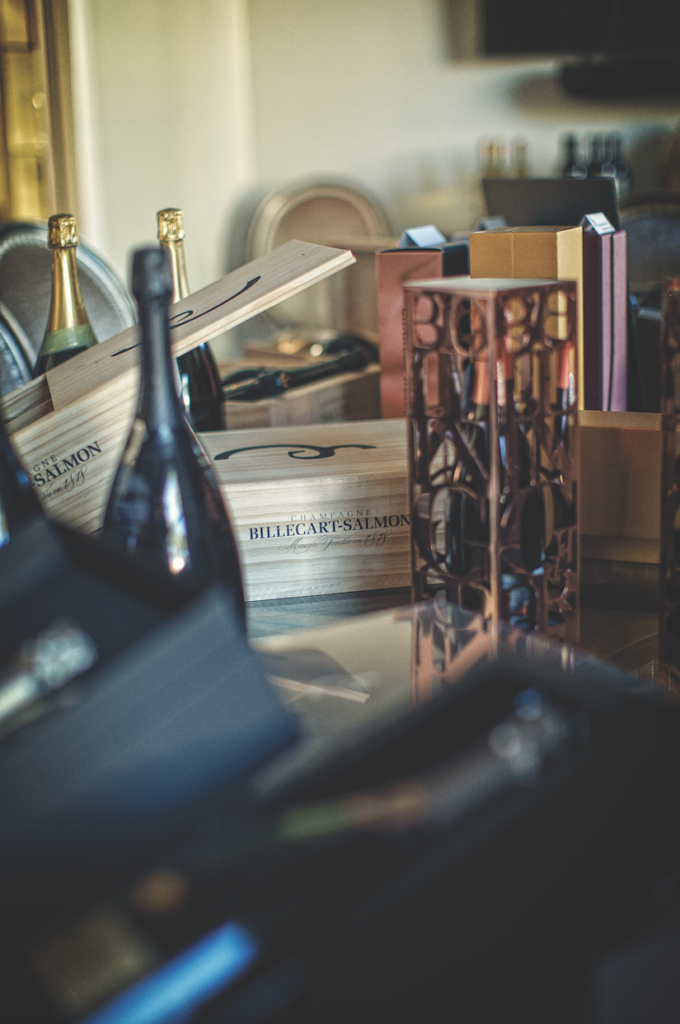 Cheryl, fortuitously, has a background in beer and wine distribution and accounting. She met Larry around 2007 and became acquainted with fine wines through him. When Larry decided to sell his portfolio, Cheryl developed a website to aid him in that endeavor. But Larry remains the connoisseur of the family: For Cheryl, wine is strictly business (save for the occasional glass of bubbly).

Before there was Naples Fine Wine, there was Zoe’s, a wine-focused restaurant on Fifth Avenue South in Naples that Larry owned and operated from 2000 to 2008. He says the restaurant was a hobby, but its emphasis on wine was deadly serious. “It had an 1,800-bottle list, 30,000 bottles of wine, and a 40-spigot Cruvinet to pour wine by the glass,” he says. (The idea for the Cruvinet system came from a visit to the restaurant Tra Vigne Pizzeria in St. Helena, California.) With Zoe’s, he introduced the community to the rare pleasures of Romanée-Conti, the famed Burgundy label and Shafer Vineyards’ Hillside Select from Napa’s Stags Leap District. Colgin and Bryant, fondly remembered from Larry’s Colorado wine initiation in the ’90s, were also poured by the glass. “I think I was ahead of my time,” he says now.

When Larry sold Zoe’s, the buyer was only interested in the low-priced wines, which left Larry with around 28,000 bottles of first-rate wine. So he stored the bottles for a couple of years as the economic slowdown hit the building industry. “Nothing was built here for five years,” Larry says. So it was an opportune time for him, with Cheryl’s help, to sell off some of that inventory. Selling wine proved lucrative.

Now, with Naples Fine Wine up and running, and offering two tastings per month during season, aficionados can come by to inspect the fruits of Larry’s good taste. He says that 90% to 95% of his bottles are collectible wines. “For the most part, they’re stored in the original boxes that they came in,” Cheryl says. And when vintners come to town, Naples Fine Wine gives locals the chance to taste older vintages with the new vintages that the distributors and wineries offer. “People can sample those and appreciate the taste of wine as it matures when it’s 10 years old, or older,” Larry says.

If you’re unsure what to pair with your meal, Larry is quick to offer valuable recommendations. With duck, he likes a merlot-based Bordeaux blend or pinot noir from Oregon or Burgundy. If Italian wine is preferred, he suggests a mature Tuscan red. For celebratory occasions, Cheryl favors the Billecart-Salmon Champagne Brut Rose, onto which she bestows a string of pleasing summery adjectives: “It’s just a very light, crisp, bubbly, pretty wine.”

She always keeps Krug Champagne on hand, as the brand is a frequent sponsor of the Naples Winter Wine Festival. This year, due to COVID-19, the Naples Children & Education Foundation, which organizes the festival,  settled on a virtual  event, including an online auction. “I feel sorry,” Larry says. “We were going to hold a dinner, but they’re still going to raise money for the kids and God bless them. Last year, it raised $20 million.” One memorable year of the festival saw the Andrews hosting a 40-person dinner overseen by famed chef Michael Mina.

To the Andrews’ delight, their business has become nationally known. “When we originally set up the wine shop, we didn’t know which way we wanted to market our product,” Cheryl says. “Then we got a presence on wine-searcher.com, and as soon as we got our website hooked up with that site, it was like the light bulb switched on, and we started shipping. We had quite a shipping operation and then of course when COVID hit, we were set to go.” Sometimes Cheryl commandeers the store’s phone lines for as much as 13 hours a day, fielding orders from Central and Pacific time zones. When local and state governments were curtailing retail sales throughout the country, Naples Fine Wine remained open for business. “They were ordering wine and a lot of it,” Cheryl says. “That helped us out a lot this year.”

Unsurprisingly, much of their business has remained in shipping throughout the pandemic, but COVID-19 has also had an impact on locals’ purchasing habits. Larry tells of an orthopedic surgeon friend—no longer in high demand due to the reduction in elective procedures—who came in one day and nonchalantly picked out four cases of wine from Northern California and France. The doctor said to the couple: “While I’m not working, I’m drinking.” 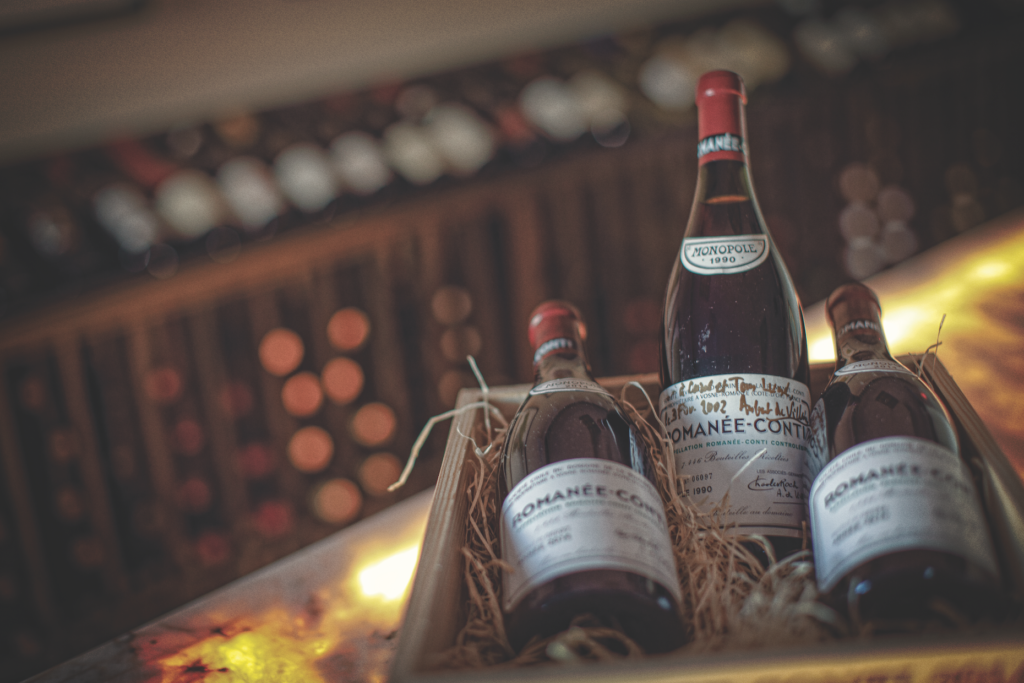 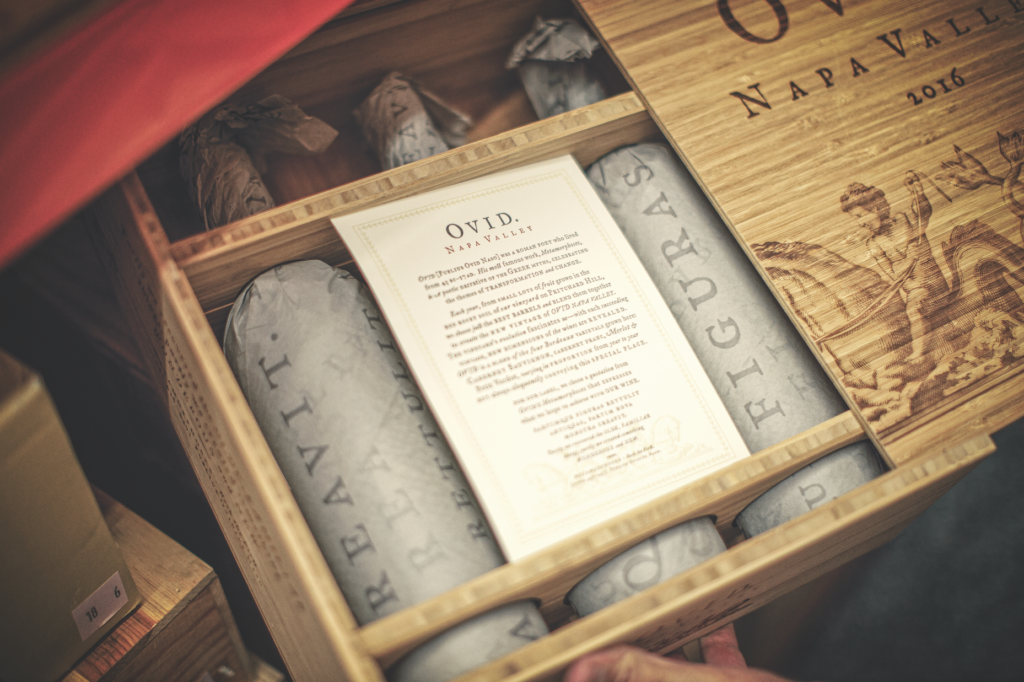