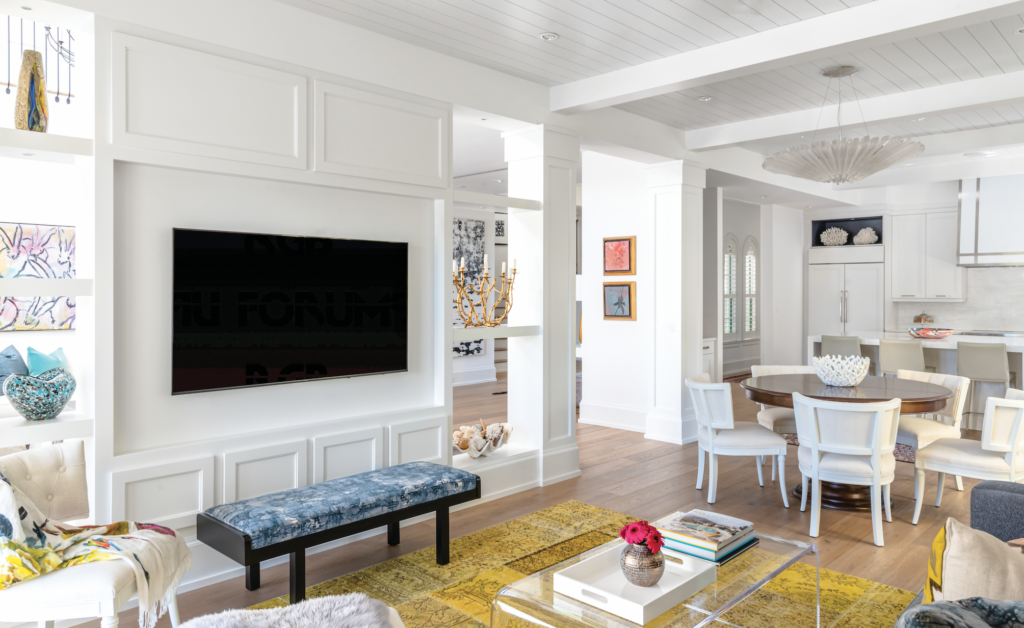 The team behind this Bay Colony home makeover had one concept in mind: hope. Like most in the neighborhood, it was built in the ’90s and sported a decidedly Mediterranean tone: heavy on the moldings, rusts, reds and mustards. It was also cramped thanks to a questionable layout.

But a quick peek at its new look shows a space with light, openness and modern elegance, proving that, in design, all things are possible. Sarah and Phil Warren of Nashville bought the home and hired architect Rob Herscoe of Herscoe Hajjar Architects and interior designer Judith Lie-
geois to reimagine the original confines in hopes of creating something entirely different. “The house had a very small galley kitchen and a large dining room that we knew wouldn’t work for the Naples lifestyle that we wanted,” Sarah says. “We eliminated those and made one large kitchen area that opened everything up. We just wanted a casual home and for the kitchen to be the center.”

The problem was that building restrictions in the neighborhood allowed for very little exterior changes, so the only way to gain more square footage was to incorporate an odd, dark, damp courtyard placed between the home and the garage. Luckily, that made a major difference.“The irony is that the courtyard was probably only 180 square feet,” Herscoe says. “But that 180 square feet meant everything to update and make more dignified the flow of the house, access from garage to the house and the size of the kitchen.”

The change allowed for a large mudroom/laundry/pantry upon entering from the garage. And the expanded kitchen now opens into a casual eating area and a family room. The wall separating the family room from the living room was opened up as much as possible, including pass-through shelving in the built-in bookcases that filter light from one room to another. “That took away the heaviness of the spaces,” Liegeois says. “And it took away the silo feel of the formal living room, which has 25-foot-tall ceilings. It gave a sense of bringing the room down to normal level.”

Another key change for the living room was changing out the stair and balcony railings. The old wooden spindles sat on the treads, taking up valuable space, while the new custom iron version mounts to the wall and is equal parts sophistication and elegance (and goes beautifully with the large chandelier). In addition, the second floor wall overlooking the living room was given curvature—rather than its original octagon shape—in order to soften it and give it a more sensual detail, Herscoe says.

Liegeois then used a European white oak flooring with a smoked wire-brush finish throughout, splashed the home in crisp white and used fun pops of color and bold patterns to bring life to the space. (It’s not every day that a chartreuse rug gets to lay claim to a family room.) Matte black paint above the bar and the refrigerator helps draw contrast to select barware and accessories. “Sarah was daring,” Liegeois says. “We offered color palettes to her and she wasn’t afraid at all.”

Sarah notes that in Nashville, her home is quiet and a bit more formal and reserved. “In Naples we wanted something totally different: more fun and feel-good, comfortable and welcoming, but with an elegance that we enjoy.”

Wisely, because of kids, pets and grandkids, the fabrics on the first floor tend to be Sunbrella, giving the home a real level of usability after visits to the beach. 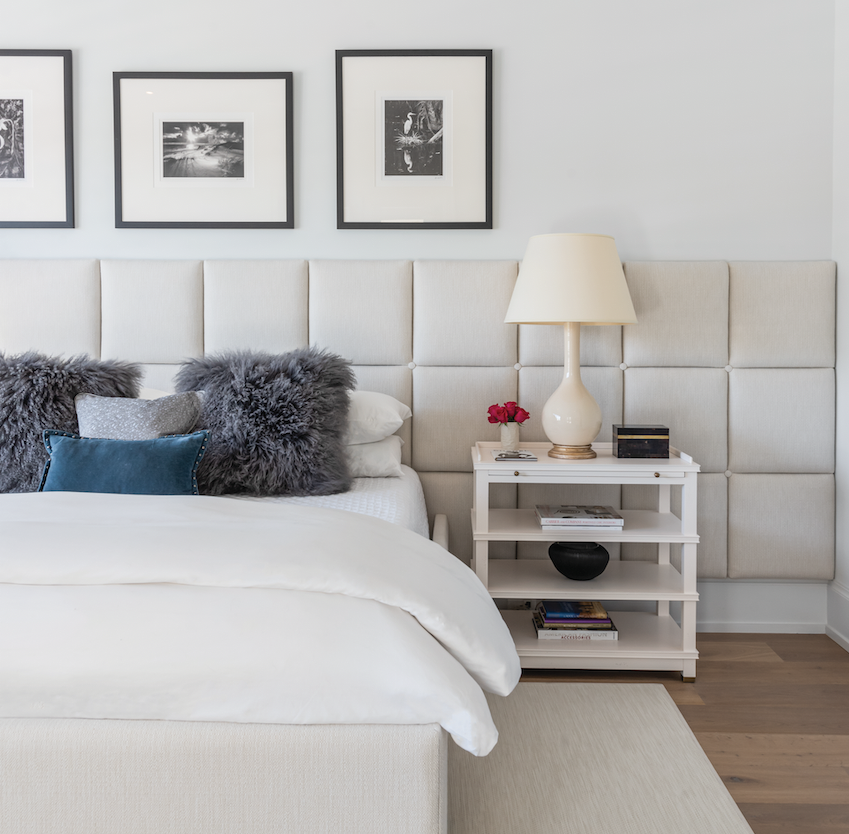 Meanwhile, the walls feature artwork from Naples artist Mike Browne, as well as works from Hunt Slonem and Nashville artist Anton Weiss. And much of the black and white photography showcased in the home is by their own son, Philip, taken during annual father-and-son week-long excursions.

All it takes is a little vision to reinvent a dated Mediterranean model, and it seems the Warrens knew just where to look.