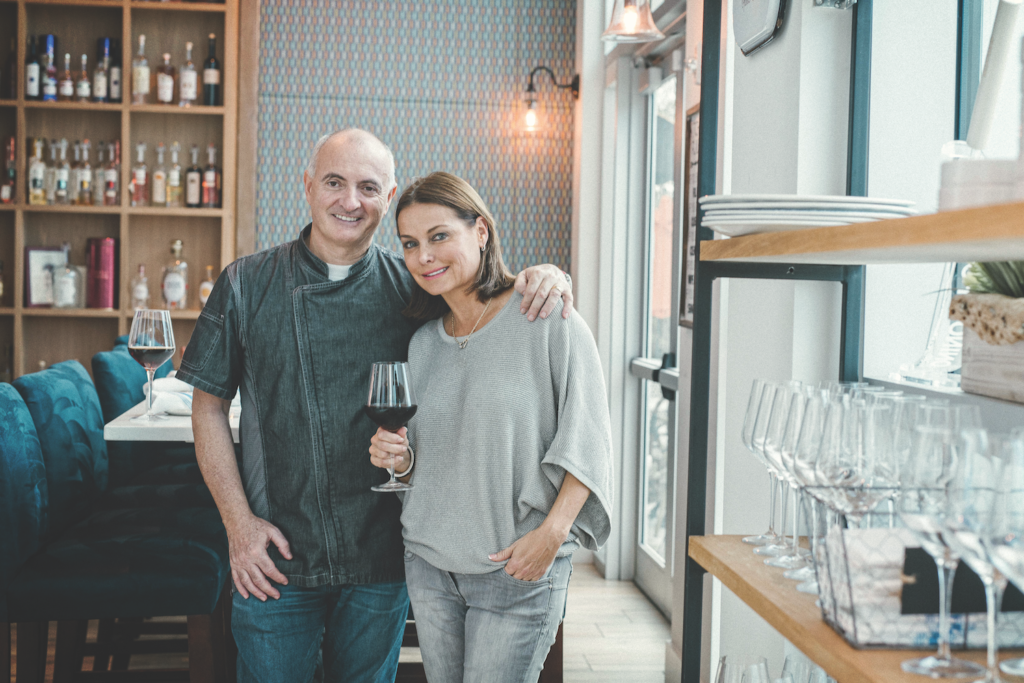 Fabrizio Aielli and his wife Ingrid have been inextricably linked with the Naples Winter Wine Festival since he was first invited as a celebrity chef in 2005. Soon after, they relocated to Naples from D.C. and created five of the region’s most respected restaurants.

“Wine is a very, very important part of food culture,” Fabrizio Aielli, chef-owner of five Florida restaurants, says. “Being from Italy, wine is the way we grew up. I cannot imagine having dinner without wine. A glass of wine emphasizes your palate and just makes you happy.”

As important as wine itself is to Fabrizio’s life and restaurant empire, the Naples Winter Wine Festival (NWWF) played a crucial role in the trajectory of his career. He was running an A-list Washington, D.C., restaurant when he was invited in 2005 as a celebrity chef for the fifth annual festival.

He and his wife Ingrid, who is also his business partner, had been vacationing in Naples since 2001. “That time, with the wine festival, we were down here not for vacation but for work, and that’s when the idea came to my mind to open a restaurant,” he says with his infectious, trademark smile. 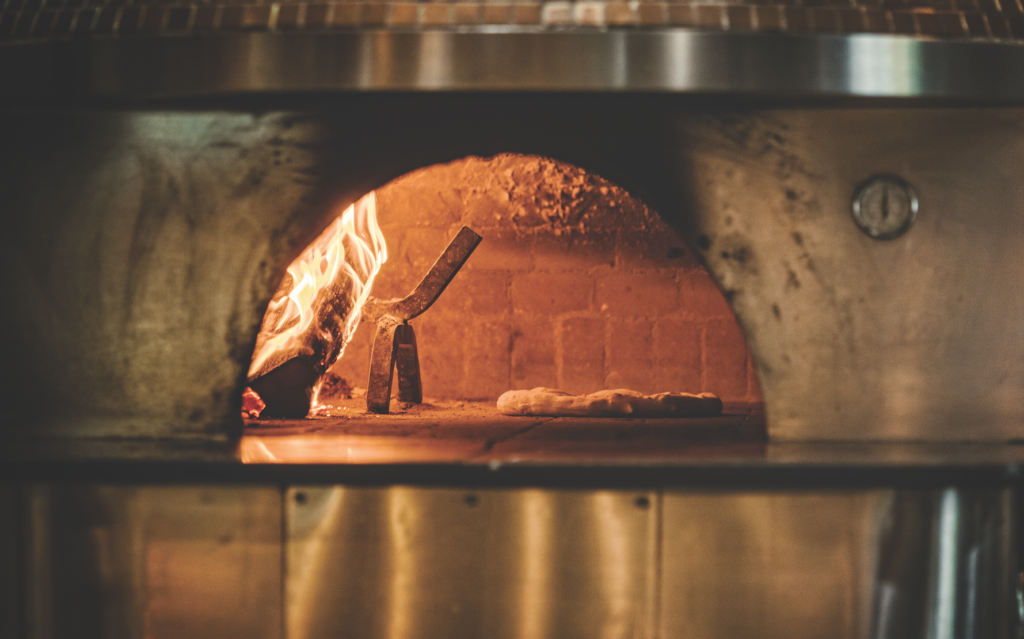 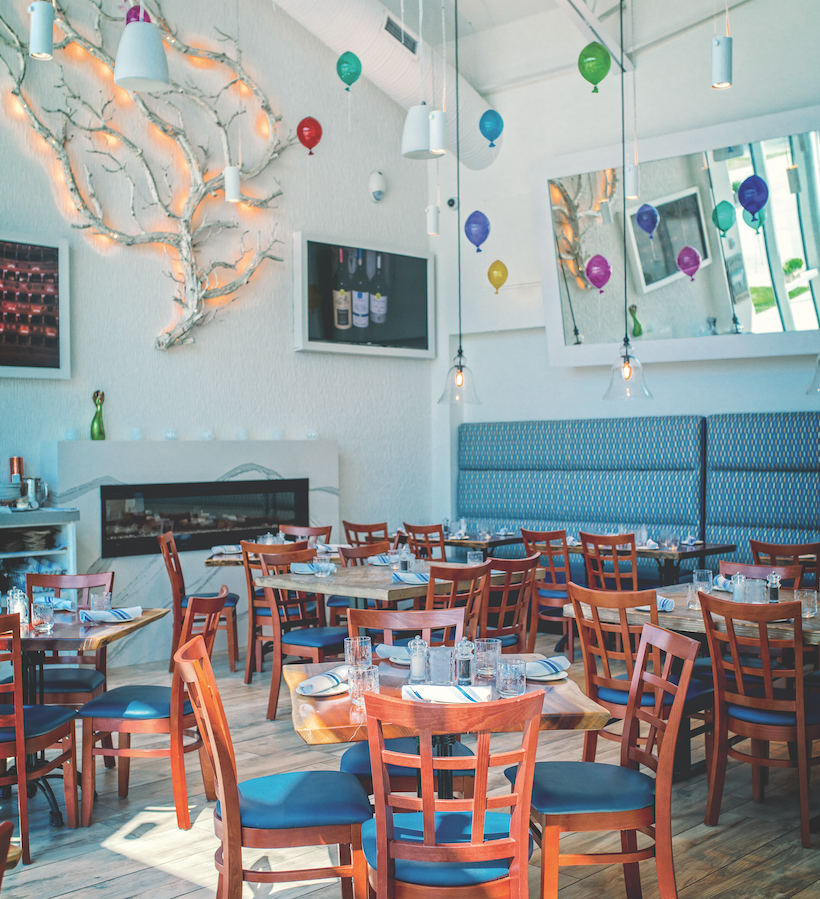 Since then, the Aiellis have created a restaurant dynasty that started with Sea Salt Naples, 12 years ago. Then Barbatella opened a couple of doors down, followed by Sea Salt St. Pete in 2014, Dorona Modern Italian Steakhouse in mid-Naples three years later and, last year, Grappino downtown. All are known for their ascendant level of good taste and regularly scheduled wine dinners.

Each restaurant harkens to Fabrizio’s Venetian birthright, yet has its own feel, taste—and even smell, he says. They all share, however, the chef’s philosophy de cuisine: “Food for me is very, very simple, just don’t compromise it. Simplicity and quality. We all live a very complicated life. When you cook, make it easy and simple.”

The years have entrenched the Aiellis ever more firmly in the NWWF tradition as high-yielding auction donors and behind-the-scenes masters. Their multicoursed dinner auctioned off in 2016, for instance, fetched $110,000. Over the years, they have partnered with Norman Love and others on attractive do-and-dine packages, each earning in the six-figure range. They have also become a strong resource for visiting culinary masters during the festival. “Sea Salt is like an anchor for the chefs when they come to town,” Ingrid says. “We help them to find ingredients and are involved in many different ways.”

Since the traditional, in-person festival is not taking place this year, the Aiellis have been participating in other Naples Children & Education Foundation (NCEF) fundraisers, such as the inaugural Purposeful Pairings in October, with a virtual dinner, cooking demonstration and wine tasting.

For the couple, it’s all about the kids and families. They contribute time, events, proceeds and energy to a number of local causes, but the NCEF is close to their hearts, as is Naples’ Youth Haven shelter. Each year, the couple hosts a Christmas luncheon for Youth Haven kids at Barbatella, complete with Santa and gifts for everyone.

Other altruistic efforts include an October breast cancer awareness campaign, where proceeds from sales go to alternating charities, including the Cancer Alliance of Naples and American Cancer Society.

Philanthropy and a heightened Naples’ standard for restaurant quality aside, the Aiellis believe their proudest accomplishments are the impact they’ve had on the town’s restaurant industry and its young chefs, who they see work hard, stick with the Aielli Group and blossom. That’s because the Aiellis try to take care of their more than 300 employees, even when the pandemic closed their doors. All proceeds from the sale of gift cards online and generous donations from clientele were distributed among staff, whom they kept fed with takeout meals during the  shutdown. “You know, for me, this is a great opportunity to have some brilliant young talent to work for me,” Fabrizio says. “These young people have a passion for cooking. It reminds me of when I was much younger, and it makes me very proud.” 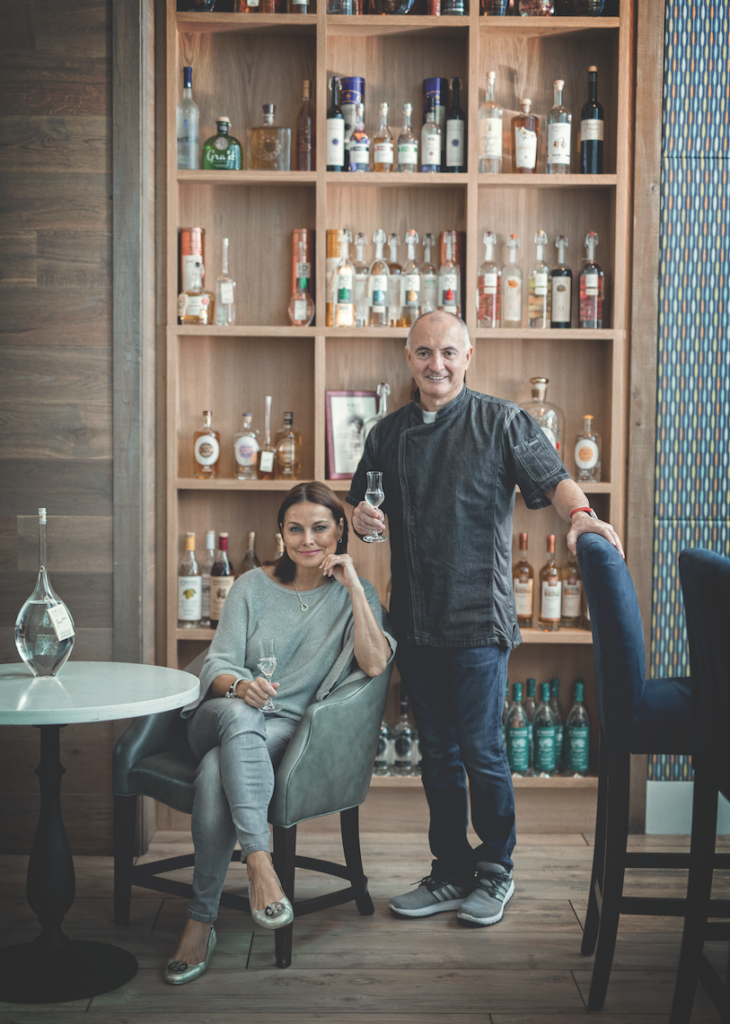 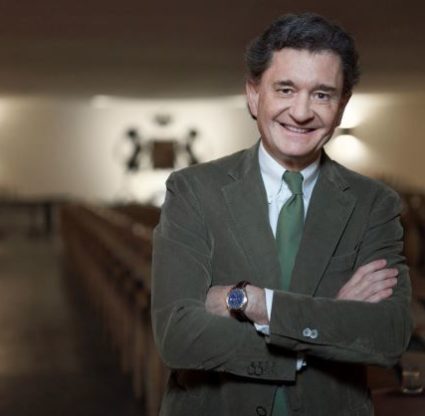 In its most unusual year to date, the decades-old Naples Winter Wine Festival saw widespread community support as an all-virtual event raised more than $7.3 million to help local children. 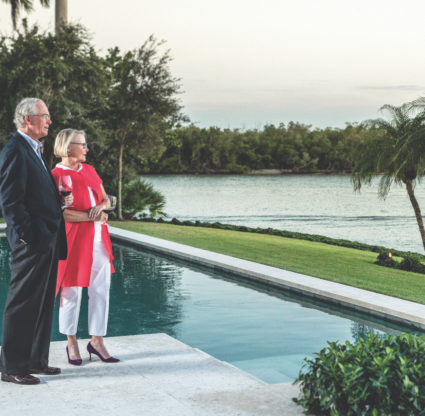 For Francis and Kathleen Rooney—NCEF trustees and owners of Bodega 202—their wine story stretches from Naples to Spain.
CONTACT US TERMS OF USE