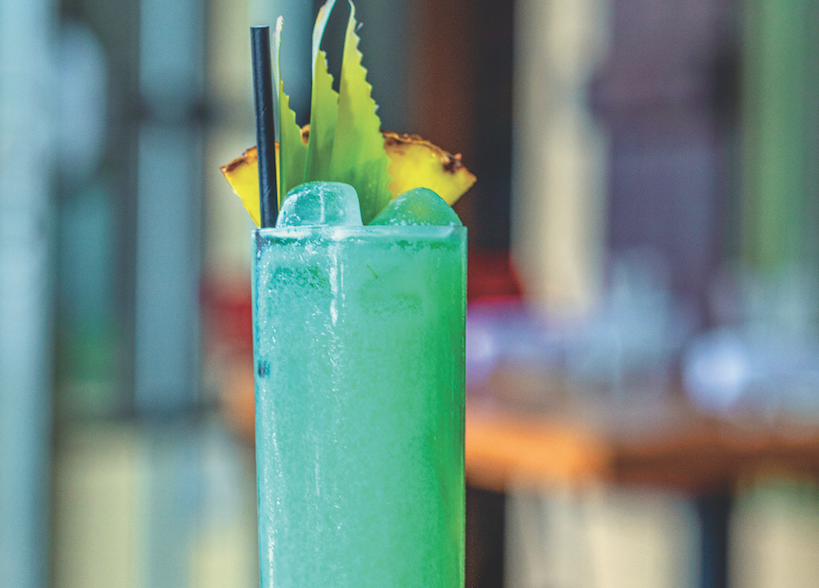 Legend and mystique stir intrigue for cocktails spiked with absinthe. The green fairy, as the spirit became known, is associated with Hemingway, psychedelic spells and madness, as evidenced by the story of Van Gogh’s missing ear (many believe he was under the influence when the incident occurred). Truth is, the strong drink originated in Switzerland, and the emerald hue is related to the use of green anise. France popularized it back in Hemingway’s days in Paris, and New Orleans made it famous in the United States with the invention of the so-called first American cocktail, the Sazerac. 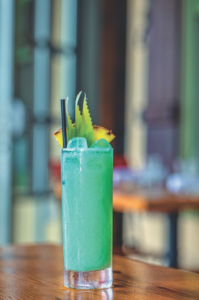 The early mental health propaganda stems mainly from French winemakers miffed by the competition. Eventually, absinthe was banned in France and the U.S. “Absinthe became the poster child for the evils of imbibing,” Ky Belk, bartender at The French Brasserie Rustique in Naples, says, adding that the bad rap is due to its high alcohol content and one of its ingredients. “Wormwood­—that has some psychedelic properties when consumed in extreme concentrations.” Belk brings absinthe, which was again legalized here in 2007, out of the shadows and into the modern-day tropical light with the invention of his absinthe colada at The French. “It’s a nod to our proximity to the beach,” Belk says. “We still use a little rum, but we had to go with a bold Jamaican style that could stand up to the absinthe.” He calls the spirit “a bit of a bully,” as it can easily overpower. With this drink, the anise flavor and herbaceous complexity cut the sweetness of a traditional colada. Belk also mixes up his Best Damn Sazerac, adding a tropical touch by washing the classic rye whiskey with unrefined coconut oil. It’s then poured into an absinthe-rinsed glass and mixed with bitters.

He sometimes gets requests for the traditional French absinthe ritual, which involves dribbling chilled water over a sugar cube into a glass of absinthe, making it turn milky. (Aficionados can appreciate the ornate setup at The Saloon in Estero, where bar manager John Tucker uses an antique decanter to prepare drip cocktails for a growing cult of absinthe fans.) Belk notices an uptick in interest, too. “It’s a very slow growth,” he says. While patrons may not seek the spirit, he notices people are often intrigued when they see it on the menu. Look for absinthe to make an exotic statement at Bar Tulia Mercato, where Belk was involved with the creation of the cocktail menu. The latest addition to the Campagna Hospitality Group is slated to open this year.

Combine all in a shaker with 3 or 4 ice cubes. Shake until ice has mostly broken down into crushed consistency. Strain into a tall glass over fresh ice. Garnish with pineapple fronds. 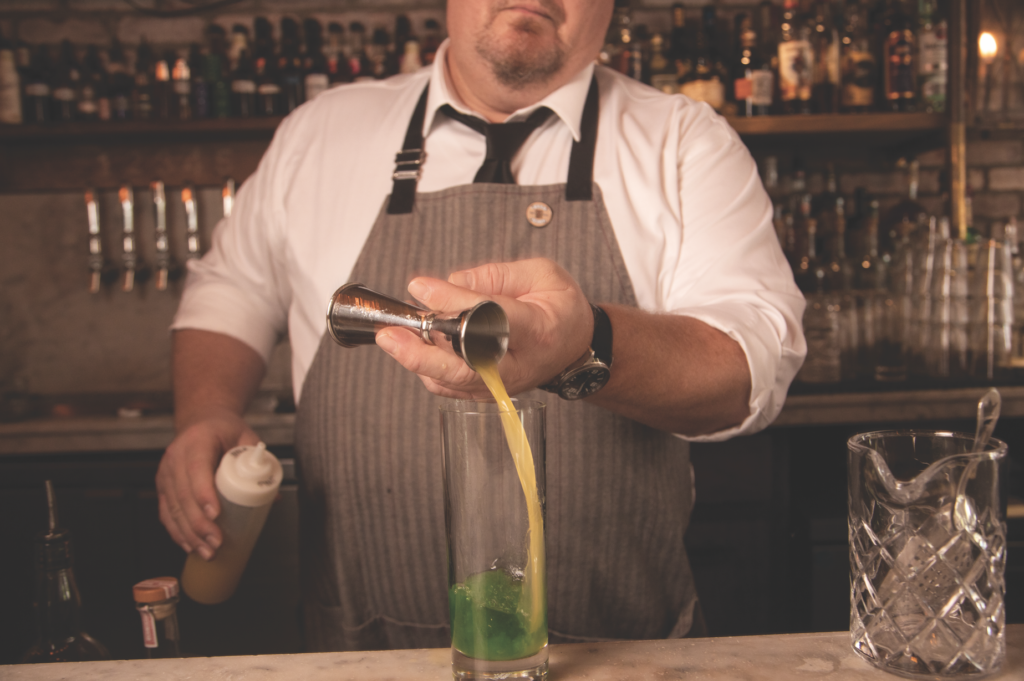 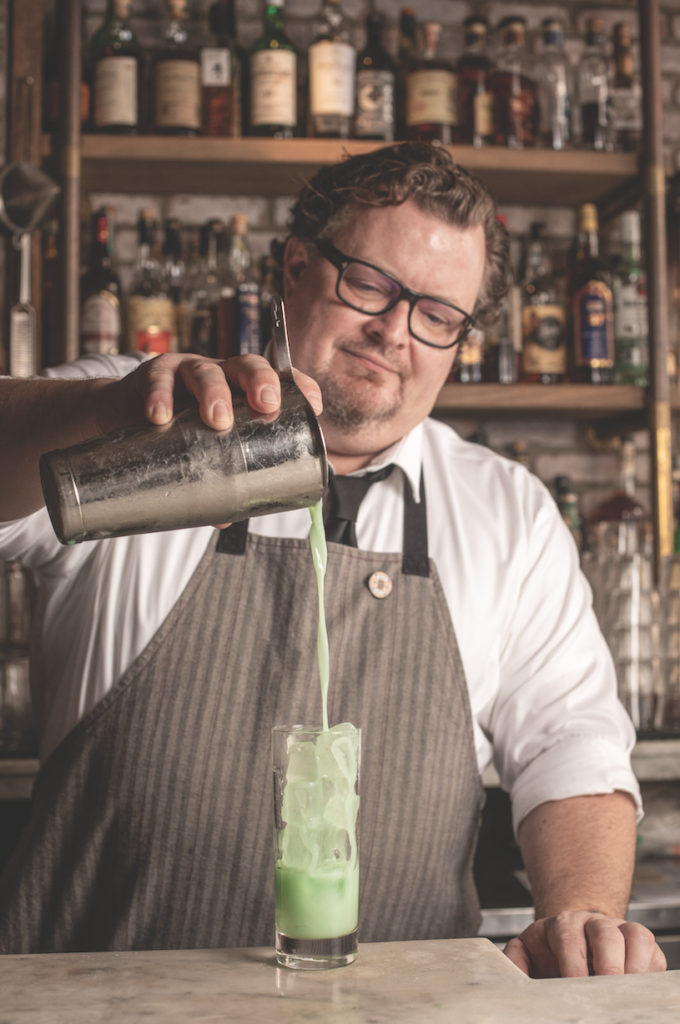