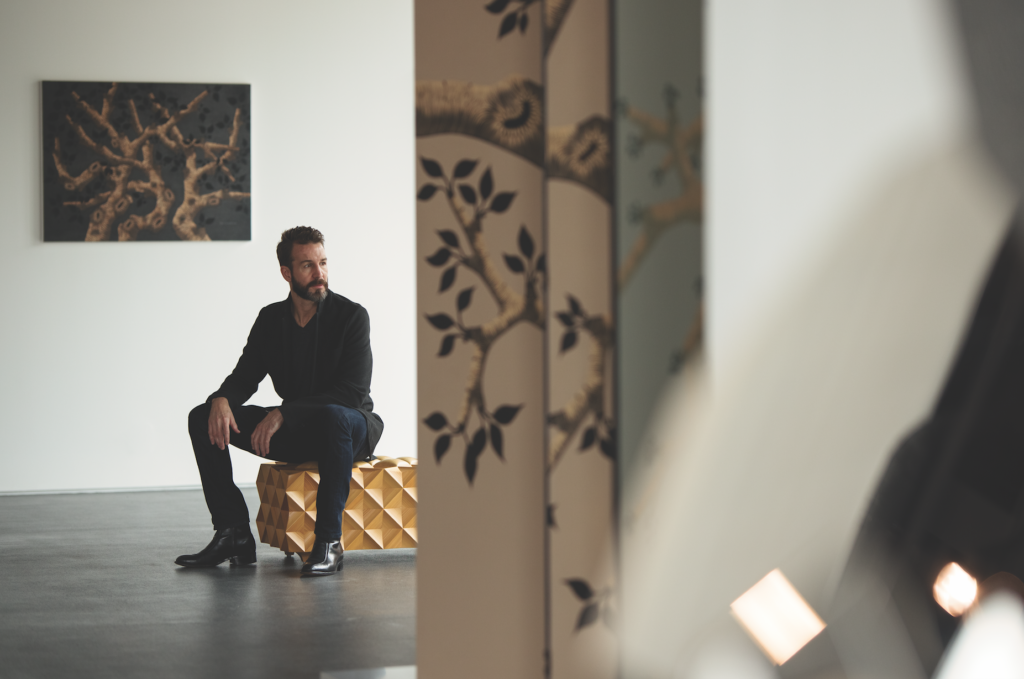 Recognizing the potential within the large segment of budding collectors who could support a serious design scene in Naples, Chad Jensen has been on a mission to help advance the local creative culture.

When Chad Jensen moved to Naples in 2004, the then 26-year-old creative, who had recently transplanted from Detroit, felt wholly out of place. Long-haired and casually dressed among suit-and-tie-clad crowds, he was usually the youngest attendee at any given art gathering. His inclination toward contemporary art also stood in stark contrast to the dominant devotion to the Old Masters among local collectors.

Over the past two decades, though, Jensen has seen a shift toward a broader and more current appreciation for art. These days, it’s customary to see different generations of art enthusiasts in one room. Public art initiatives are also taking center stage, and there’s a strong push to foster elevated cultural experiences throughout the region.

Jensen has had a lot to do with spurring this shift. After working with the Thomas Riley Artisans’ Guild for about nine years, he made a case for launching a satellite project, METHOD & CONCEPT—a contemporary art gallery that doubles as a design studio. Jensen thought the region might be ready to add to its artistic repertoire and embrace newer, expressive forms of contemporary art, which are oftentimes progressive and slightly unorthodox. 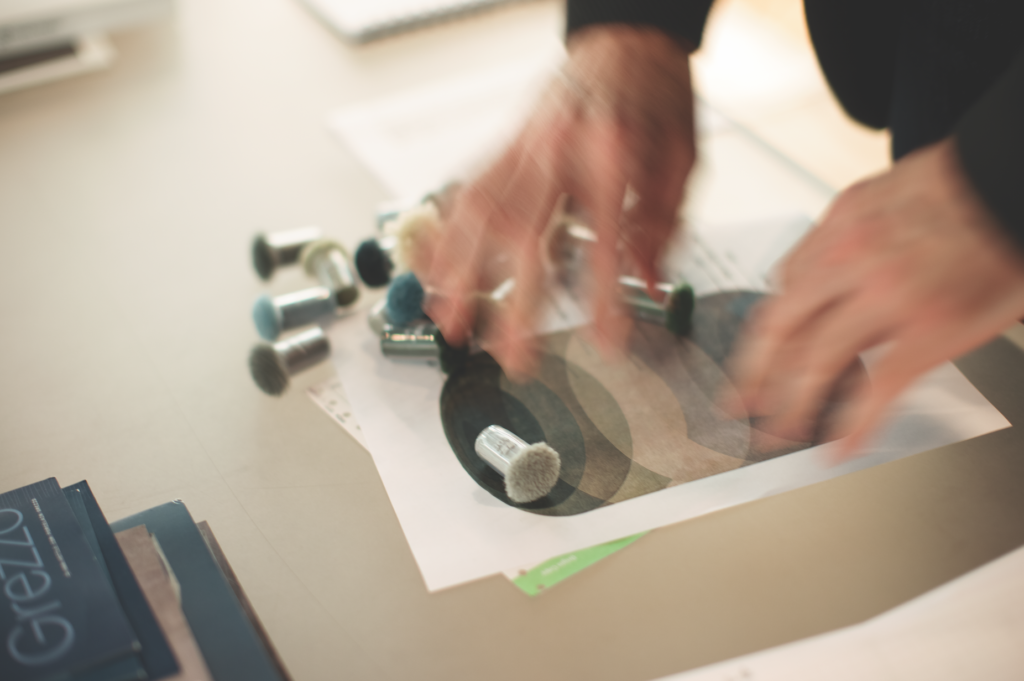 He was right. In its ascendance to one of the most respected galleries in Southwest Florida, METHOD & CONCEPT recently relocated to a larger, loftier space in The Collective. Within the gallery, Jensen focuses on emerging and midcareer artists, as a way to shine a light on what’s next in the art world. Outside the gallery, his interior design projects are often defined by niche, collectible objects, artisan detailing and convention-defying designs.

Jensen’s view isn’t insular, either. Since arriving in Naples, he has committed himself to advancing the creative culture. In addition to hosting gallery events aimed at making high-art approachable, curating shows with Naples Botanical Garden, showing work at The Baker Museum and serving as two-term president of the United Arts Council of Collier County in 2016 and 2017 (the youngest person to hold the position), Jensen also helped establish the Naples Design District.

For many, the formation of the Naples Design District in 2018 presented a tipping point. The hub, with more than 30 arts and design businesses, has given a place and a face to the local creative scene. “Dare I say it’s given the city a little grit?” he says. “It feels authentic and appropriate. There are so many of us in the district that don’t depend on seasonality, and we want people to feel that design is a year-round lifestyle.”

With all this, Naples is gaining attention for its design scene—a sharp contrast to years past. Jensen recalls an experience back in 2014, after presenting a limited-edition furniture collection at New York Design Week. When he would tell other design professionals that he was from Naples, almost unilaterally, his peers assumed it was Naples, Italy. “At that time, Naples, Florida, was nowhere on the map in terms of art and design,” he says. “They couldn’t fathom that a city like Naples, Florida, was becoming a force to be reckoned with. And every year, I see that gap getting smaller and smaller.”

The changing demographic is largely responsible for fast-tracking Naples’ contemporary design, he says. As a swell of younger families move to the area—some wanting to be closer to parents and grandparents; others to escape the dense city life—there’s been an uptick in active talent and interest in dynamic art. Case in point: Brett F. Harvey (a sculptor represented at METHOD & CONCEPT) and Lauren Amalia Redding. The husband-wife duo, who deal in figurative sculpture and drawing, relocated from Brooklyn in 2018, bringing along their cosmopolitan chops and experiences.

Among the things that most inspire Jensen as he thinks about the evolution of the arts is the creation of a solid collaborative arts community. There wasn’t much of that he could spot when he first moved to Naples, but he longed to replicate the exchange that was commonplace in his native Detroit, a city known for its diverse maker culture.

During an exhibit that the renowned designer Richard Geary hosted for Jensen in 2008, he was impressed by the number of talented individuals who “came out of the woodwork” and congregated at his show. “They didn’t even know each other but were thrilled to connect,” he says. “From there, I started growing a network, which has ballooned.”

Looking ahead, Jensen says the city is ripe to welcome boundary-pushing art that is thought-provoking but also accessible. He’s enthusiastic about last year’s addition of the City of Naples Public Art Plan, which focuses on building upon the current public art collection.

The project joins other recent art news, like the recent expansion of The Baker Museum, the new national designation for the Naples Art District and the glittering campus planned for Gulfshore Playhouse. In Fort Myers, similar projects are taking shape through groups, like the Alliance for the Arts, DAAS CO-OP and Fort Myers Mural Society. Consider these signs of the region’s increased commitment to place the arts at the center of our community.

Jensen believes that supporting local designers and institutions is critical to moving the needle forward, a possibility that he sees as more obtainable as a new era of residents, such as first-generation wealth creators, turn to investing in the arts. “These individuals have an opportunity to build an art collection for the first time,” Jensen says. “We now can offer them high-end, contemporary art that’s been sourced locally. And this is only the beginning. If we build on this, the future possibilities are endless.”