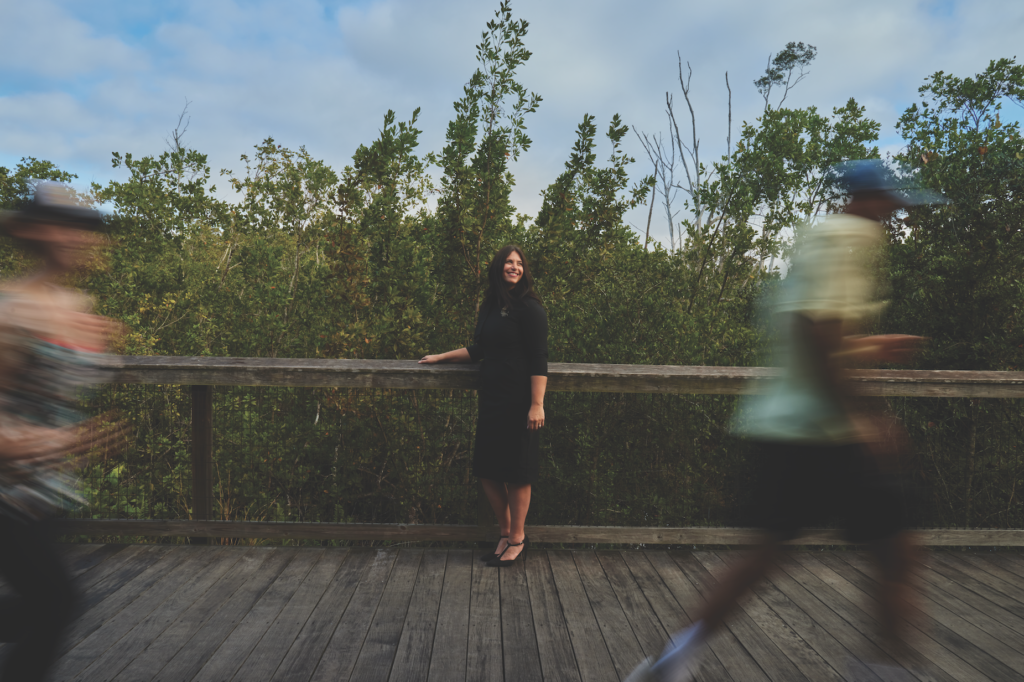 Working with the Florida Wildlife Federation, Budd sees heightened environmental awareness among policymakers. Meanwhile, conservationists like her are taking an increasingly pragmatic approach, helping balance development and environmentalism and using science to drive the conversation.

It’s been an uphill battle to conserve the famously flat wetlands of Southwest Florida—with rapid residential growth encroaching on the natural habitat of the region’s wildlife. In the past 50 years, we’ve seen toxic algae blooms, declining animal populations and a shrinking Everglades. But with each struggle, we also catch glimmers of hope from conservationists.

An east coast transplant, Meredith Budd got involved in local conservation about five years ago, after studying environmental science and engaging in volunteer tourism in places like Costa Rica and the Galápagos. “Being involved, getting your hands dirty and being in the thick of things is what allows you to be more committed and understanding of the issues,” she says. “It makes you want to get engaged and want to make it a better place to live for all of us.”

As a regional policy director for  the Florida Wildlife Federation, Budd sees a hopeful future—one with a sense of heightened awareness among policymakers. Officials on state and local levels, she says, are beginning to prioritize issues like water quality, Everglades restoration and habitat protection for endangered species.

Budd believes future success hinges on balancing the needs of our area’s growth and the environment’s well-being. She’s helping set guidelines and create partnerships to find that middle road. For instance, she encourages developers to utilize lands that have already been cleared as opposed to clearing new lands and advises property owners to install proper buffering (think water features or fencing)  and lighting to avoid potentially harmful encounters with endangered species like the Florida panther (which serves as an umbrella species, meaning it’s protection helps the ecosystem as a whole). She’s keeping an open line of communication with those in power with regard to things like development and water quality, providing scientific data to help sway them toward conservation. 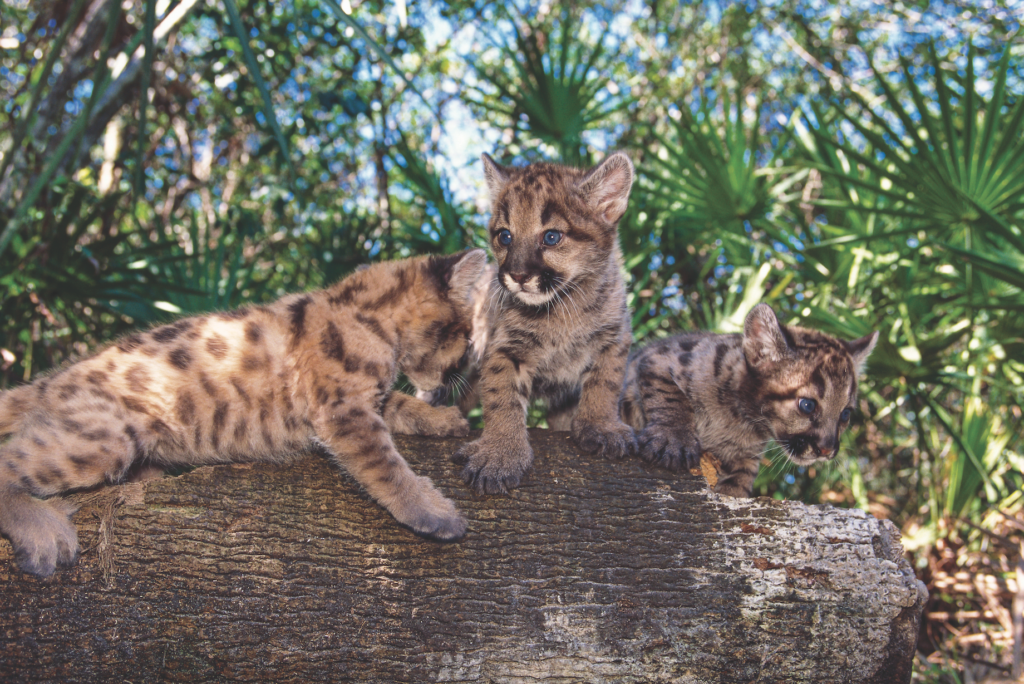 Last year, she helped pass the Conservation Collier Referendum, which helps fund further land acquisition. Leading up to the vote, she  distributed pamphlets outside of polls to educate voters on the benefits of the initiative. The original 2002 referendum resulted in thousands of acres of protected land, including 21 public preserves, such as Freedom Park and the Gordon River Greenway (77% of voters opted to reauthorize the program, in which homeowners pay 25 cents for every $1,000 of assessed value). “I think it speaks volumes about this community that overwhelmingly—in the middle of an economic crisis with the pandemic—people were willing to tax themselves to protect what keeps Collier beautiful,” Budd says.

The win means that more funds (somewhere in between $250 million and $300 million over the next 10 years) will be allocated to buying and maintaining plots as preserved land. This in turn provides protected habitats for species like the Florida panther, whose population dipped to the double digits in the ’70s but is now at around 200 and growing. “Female panthers and kittens have been spotted north of the Caloosahatchee River—which is a bright light in the panther’s story,” she says. “But the species’ future is not certain and continued research and extensive land preservation are paramount.”

She’s also working on the regional and state level, with the No Road to Ruin Coalition, to oppose toll road projects—like the proposed road that would impede upon essential panther territory and sections of the Everglades; forging necessary (albeit difficult) relationships between lawmakers, developers and farmers to restrict new development to areas that ensure the wildlife has space to thrive; and collaborating with the Florida Department of Transportation to complete a wildlife crossing manual that protects the animals and the drivers.

Budd stresses that what is good for the environment and the animals is also beneficial to the community as a whole. “We need to be able to have everyone at the table with all stakeholders involved,” she says. “I think that collaboration is what’s going to get us where we need to be.”