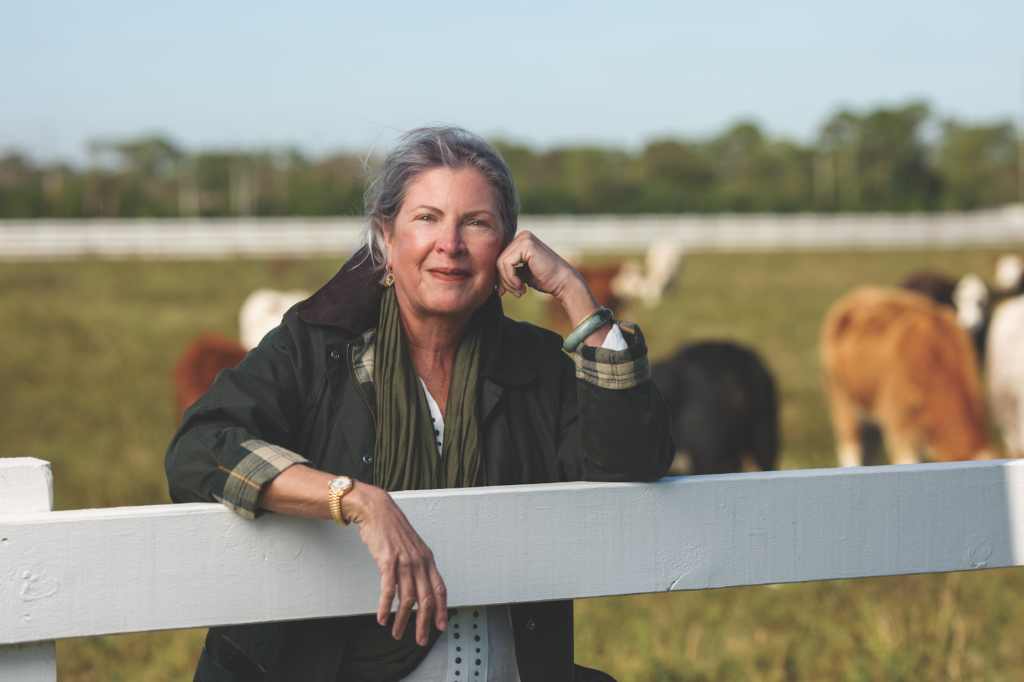 Sitting on just over 100 acres in North Fort Myers, Rose O’Dell King’s restaurant leads the pack on responsible farming and fine dining. “We were alone here when we started,” she says. “Now we’re developing a community of farmers. Everything that is happening is so good for the community.”

Is Rose O’Dell King a farmer with a restaurant? Or a restaurateur with a farm? The French Culinary Institute-trained chef, certified sommelier and former sheep farmer started her Rosy Tomorrows Heritage Farm in North Fort Myers nearly seven years ago with the goal of sustainably and humanely growing produce and raising livestock.

When she realized no realistic market existed for the time-intensive fruits of her labor, she created her own avenue in the form of the most complete farm-to-table restaurant possible. Her on-site restaurant became an instant success, with fans packing the communal farm tables of her 90-seat screened dining room. It was the ideal situation for both Rose, the farmer, and Rose, the chef. Among her cast of grass-fed livestock, O’Dell King raises rare, slow-growing, endangered, heritage breeds known for their adaptability to Florida and their pedigree of quality flavor. During the COVID-19 shutdown, O’Dell King began offering Rosy Tomorrows Goodness Boxes to her C.S.A. (community-supported agriculture) members and then to the general public, until they ran out—which they generally did. 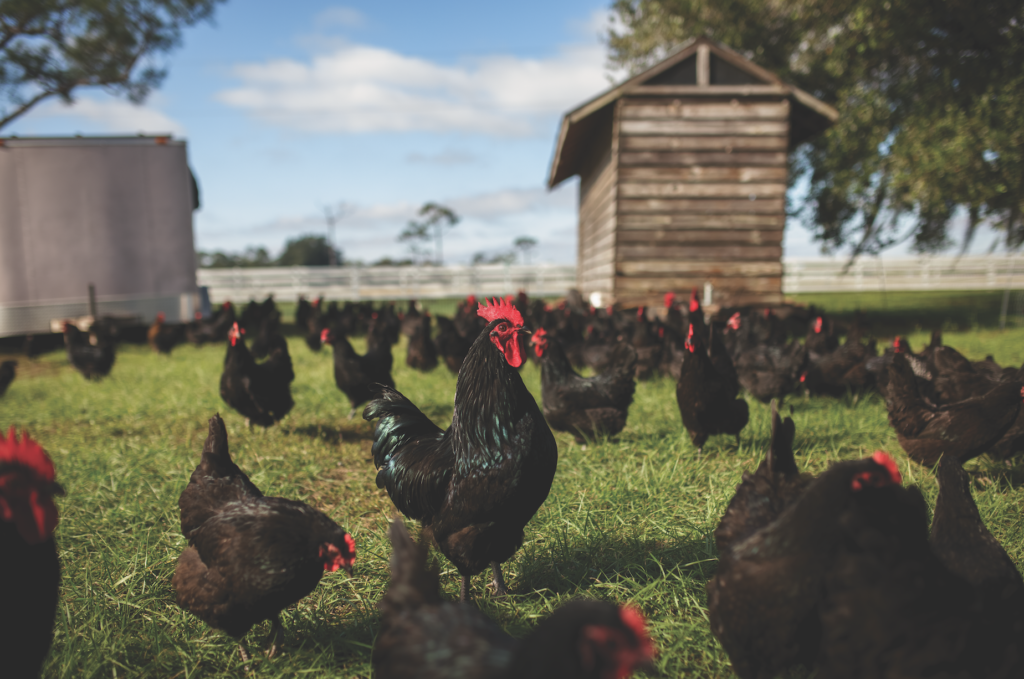 Customers find solace at the bucolic Rosy Tomorrows setting, with its roosters crowing and animals going serenely about their business within spaciously fenced acreage—so unlike the massive, crowded, centralized agricultural operations that supply most U.S. households. “If people saw where their meat  they get in the grocery store comes from, they’d spend more on it,” O’Dell King says. She believes that we should all eat less meat, and, when we do, eat quality, organic, healthy meat that was raised conscientiously.

As for the future of the industry, she’s optimistic. Although no one in Southwest Florida really does what she is doing, she’s feeling a growing support system. “We were alone here when we started,” O’Dell King says. “Now we’re developing a community of farmers. Everything that is happening is so good for the community. More younger people are being attracted to farming, and I couldn’t be happier about that.”

She helps, in any way that she can, new farmers who grow in a manner she terms “regenerative.” One of the latest trends in sustainable agriculture, regenerative farming aims to reverse climate change and recharge the soil with important nutrients, ultimately absorbing carbon and improving the water cycle. “More farmers are having dialogue now about how we can do this—integrity food versus intensive agriculture—together,” she says. “We’re comparing techniques. These are exciting things happening in agriculture. There are so many geniuses out there with new ideas, also but making sure we are not losing that old-timey knowledge.”

She points to East Fork Creek Gardens in Fort Myers as an admirable model of urban farming, even though not certified organic. Known for its aquaponic lettuces, East Fork Creek has also gained a reputation for its full array of chemical-free produce, plus honey, flowers and homemade baked goods. It partners with local Hubbell Farms for eggs and other purveyors for healthy product to deliver to its customers, including O’Dell King. “Nobody else is doing what they are doing. It’s a very unique process,” she says, explaining that the farm uses hydroponic technology from the Netherlands.

Consumers, too, have become more aware and inquisitive about where their food comes from, which also spells hope for the future. O’Dell King hears customers ask more questions about her livestock and what the animals eat, as well as about Rosy Tomorrows’ gardening practices and how the farm is affecting the planet.

As for fellow farmers, she advises that they continue to buy up agricultural lands, so those tracts don’t end up as condo developments. “We can’t continue the way we are in agriculture if we care about our own health and the animals,” she says. “I believe to my core that what we’re doing here is the way forward for society.”