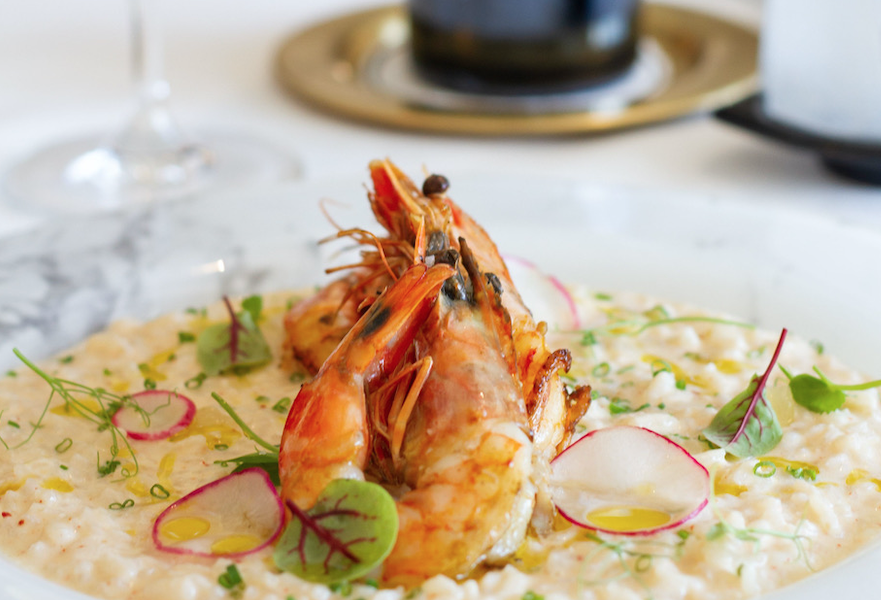 The rich and creamy Acquerello Risotto featuring jumbo wild-caught Australian tiger prawns has held a starring role on both Sails' regular menu and its renowned Champagne brunch on Sundays; Courtesy of Sails Restaurant

After years of persistent talks and patiently waiting for the right moment, the determined duo behind Sails Restaurant, the lovely Corinne Ryan and Veljko Pavicevic, have finally reeled in the catch to end all catches—they have hired chef Eli Kaimeh to the newly created position of culinary director for not only Sails but the two restaurants they are preparing to launch later this year, Butcher and Sava. (Darren Veilleux, who has a loyal following locally for his exquisite work at Sails will retain his title of executive chef of that Fifth Avenue South fine dining destination.)

This seismic shift is one that has the potential to forever alter the DNA of Naples’ restaurant scene, as Kaimeh has a multitude of Michelin stars to his name. He was the top toque at Thomas Keller’s illustrious Per Se for nearly a decade, earning that Manhattan mainstay three Michelin stars each year under his leadership. Before that, he worked in other Red Guide-lauded kitchens, such as Daniel and Gramercy Tavern, and after leaving Per Se, he headed Tavern by WS at the new Hudson Yards development before the pandemic forced its closure.

Neapolitans have good reason to be excited by Kaimeh’s solid gold resume and what it may mean for what will end up on our plates in the very near future—and also for our area being able to attract other top talent of Kaimeh’s ilk.