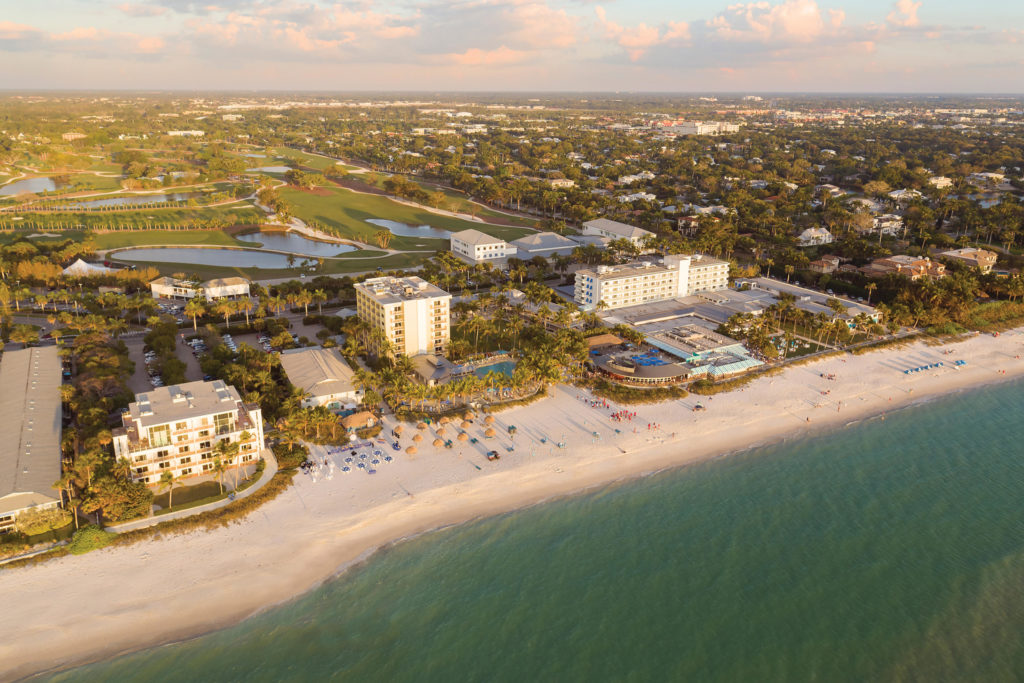 Naples Beach Hotel & Golf Club will finish its last season this year. The Southwest Florida resort will be ending a 75-year run when its doors close on May 23. The 125-acre property has been owned and operated by the Watkins family since the end of World War II. The original building, called The Naples Hotel, was built in the 1880s just over one mile south of where the Naples Beach Hotel & Golf Club currently stands. In 1929, Allen Joslin and his wife, Lois, built the first 18-hole golf course in the region and created The Beach Club along the shoreline nearby. When Henry B. Watkins Sr., a retired toy manufacturer, arrived from Ohio in 1946, he bought the original hotel, the club, and the golf course. Collectively, this became the resort that sits between US-41 and the Gulf of Mexico today. Watkins, Sr. continued to operate the site for many years before passing it to his son Henry B Watkins Jr. The family tradition continued with Michael Watkins becoming the president of the hotel and his brother Henry Watkins III becoming executive vice president. Since its modest beginnings, the location has undergone extensive upgrades while maintaining its classic old Florida charm.

Is This The End Of An Era For The Naples Beach Hotel & Golf Club?

An Ode To The “Beach Club”