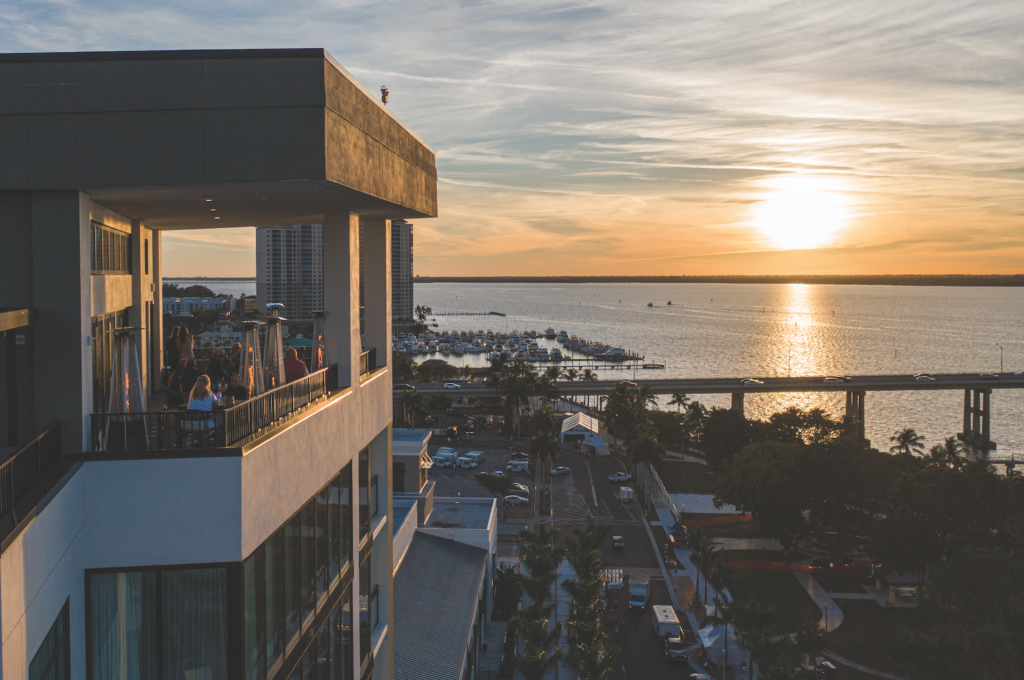 The rooftop view from the Beacon Social Drinkery at Fort Myers’ new Luminary Hotel & Co. delivers an explosive, visual festival, as it overlooks downtown and the Caloosahatchee River.

A cocktail named Grand Light Parade couldn’t be more apropos. The Luminary takes its cues from Fort Myers’ most luminous historical figure—light bulb inventor Thomas A. Edison. In keeping with the theme, Beacon lights up downtown’s nightlife. Its Grand Light Parade cocktail (named for the February Edison Festival of Light) pays homage, as do most aspects of Luminary nomenclature, to local history and tradition. “The drink was light and colorful,” Beacon general manager Zachary Young explains. “I wanted to pay a subtle homage to Edison.”

And as is common with most tinkering, Young’s experiments with new cocktails sometimes fail and lead to tweaks. “Trial and error makes you better,” he says. His Grand Light Parade cocktail started with the blackcurrant syrup he had used for a failed cocktail, mixed with Young’s desire to make “a good spicy margarita” with novel appeal. He coated the bottom of a rocks glass with the syrup, then shook up the rest of the ingredients, and topped it off for a multilayer effect. The colors worked, and so did the flavor. His house-mixed honey Sriracha syrup with 100% agave tequila and fresh-squeezed lime juice creates a sweet-tart-fiery interplay.

Young, who recently moved to Fort Myers from Canada, knows his way around tropical drinks. He and his wife worked the hospitality business in the U.S. Virgin Islands for more than a decade. After hunkering down in a Marriott hotel on St. Thomas in 2017 during Hurricane Maria (with a pregnant wife, a one-year-old daughter, two dogs, and 100 resort guests), Young moved to Calgary, Alberta, where he ran several bars until he was furloughed due to the pandemic. The move led him back to the Marriott group and down to Southwest Florida.

When creating the already much-buzzed-about cocktail lineup at the Beacon, Young says he wanted the menu to showcase several different spirits and be colorful.

The Grand Light Parade is a shining example. He notes that it’s especially suited for sunset drinks, sitting atop the 12th-floor perch, catching the afternoon breeze from comfy living room-like spaces and high-top tables, surrounded by the bar’s typically lively clientele. 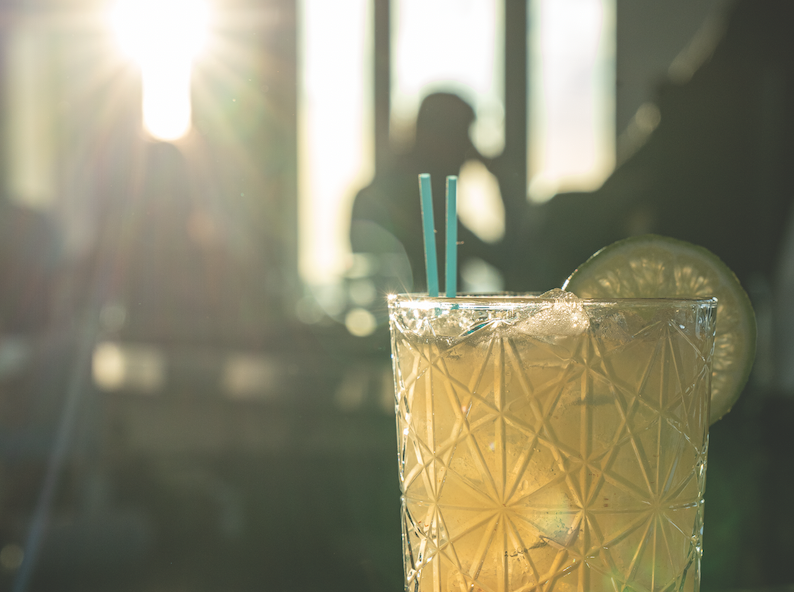 To make honey Sriracha syrup: Heat 1 cup of water to about 190 degrees (do not let it come to a boil), and add 1 cup of honey. Stir until the solution is dissolved and add 1 tablespoon Sriracha sauce. Refrigerate for future use.