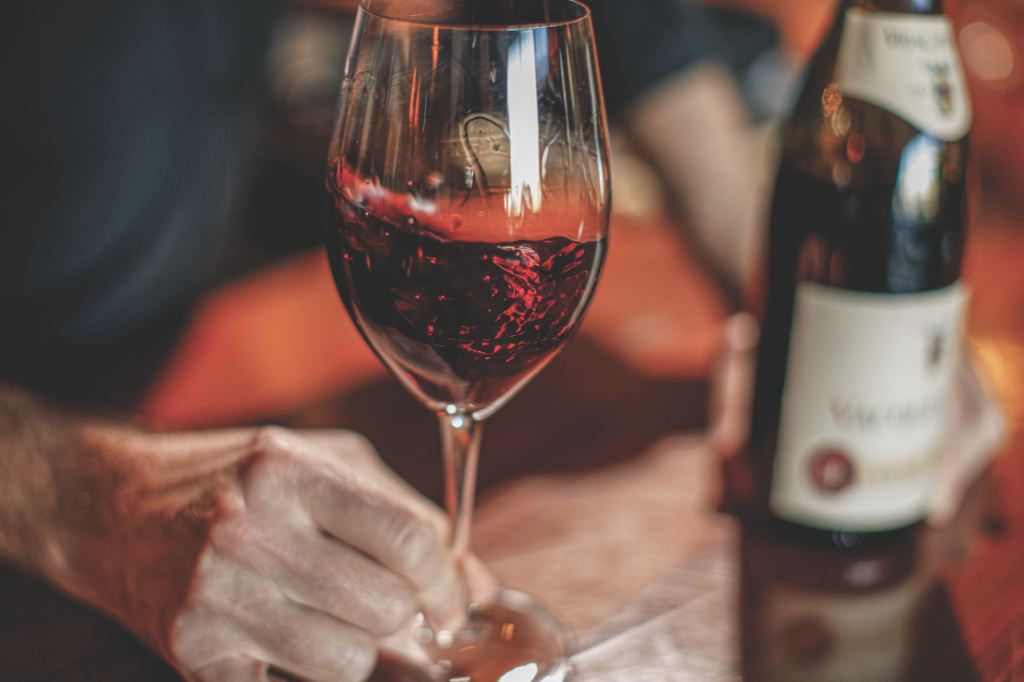 After Samantha and Jarrod Davis took the reins at the venerable restaurant A Table Apart in Bonita Springs several years ago, they put their own stamp on the place, mixing in flavors from a broader panoply of countries, like India and Japan.

The wine list takes a similar approach, balancing a gamut of styles throughout its well-curated selection of international offerings. France was a focus at a wine dinner in the autumn, and a diverse lineup of wines from various regions highlighted the nuanced flavors on the plate.

One standout, notes sommelier Christopher Cunningham, was the Vidal-Fleury Vacqueyras. From a renowned Appellation d’Origine Contrôlée (AOC) in Southern Rhône, this traditional grenache, syrah and mourvèdre blend has a lithe profile and silky texture, especially in comparison to cuvées from neighboring regions. With notes of red and black plum, wild herbs and mushrooms, it paired especially well with fromage de chèvre, a goat cheese dish with roasted beets and arugula. “Goat cheese and a lighter style wine are perfect together,” Cunningham says. 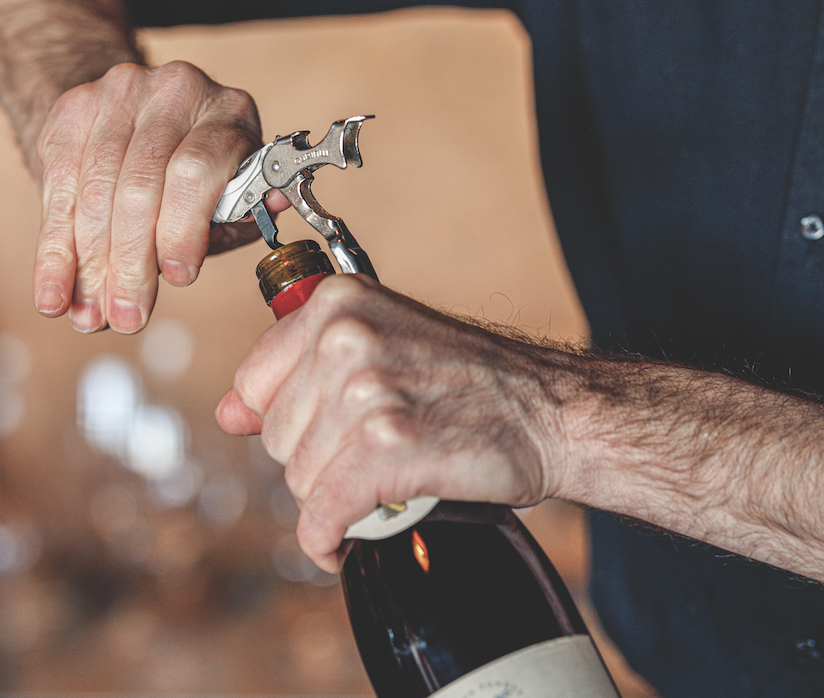 Considered the oldest winery in the Rhône Valley, Vidal-Fleury was founded in 1781 in the Northern Rhône appellation of Côte Rôtie. The quality of the wines quickly caught international attention; a point of pride for the estate was a visit from future president (and avowed wine lover) Thomas Jefferson in 1787. Later on, in 1920, Vidal-Fleury expanded its reach into the south, but it wasn’t until 1960 when the estate began making wine in Vacqueyras, winemaker Guy Sarton Du Jonchay says. Today Vidal-Fleury produces bottlings from 19 different AOCs in the Rhône.

The differences between the north and south are dramatic; syrah and viognier dominate plantings in the north, while blends—mostly comprised of grenache, syrah and mourvèdre—create Southern Rhône’s distinct style. Northern Rhône only produces about 5% of the total volume of Rhône Valley wines, but almost all are high-end cru wines. The south, although larger in production, has varying levels of quality. Even within quality AOCs in the south, careful attention needs to be paid to the specific terroirs and their nuances. “If you don’t care, you can make very similar wines,” Sarton du Jonchay says.

As Vidal-Fleury’s roots reside in Northern Rhône, where syrah dominates, the influence is apparent in the Vacqueyras. Although the wine is grenache-dominant, as in many of Southern Rhône’s red wines, there is a high percentage of syrah. Coupled with the exposition of the vineyards on the east side of the region—which has a longer growing season due to its cooler climate as compared to the west—the wine shows a bright freshness and mouthwatering acidity. Syrah’s trademark spice also comes through. 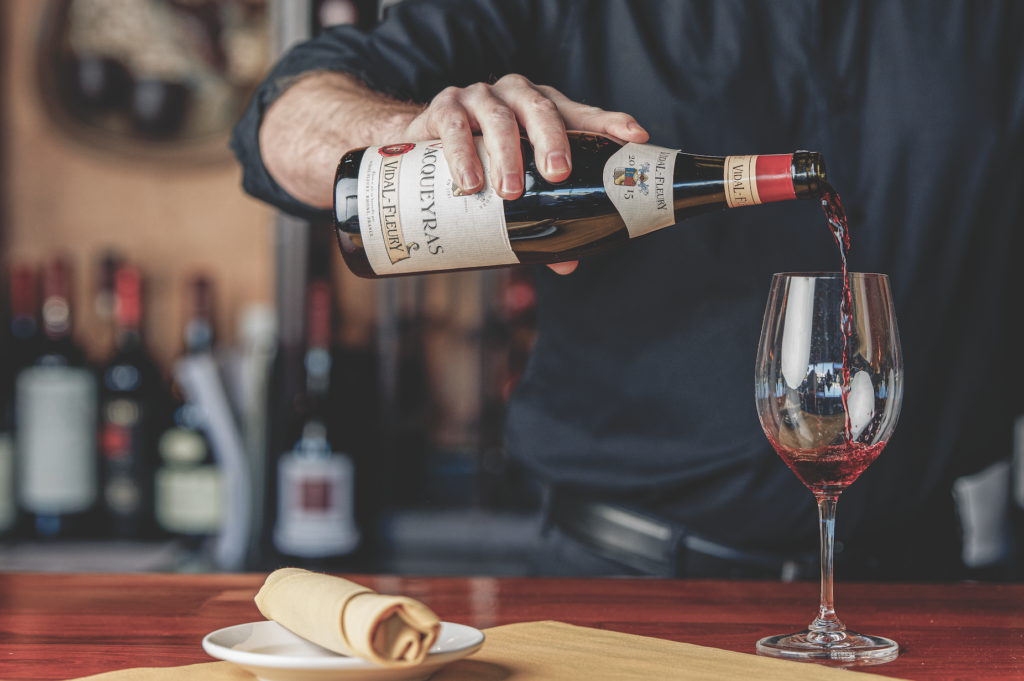 Sarton du Jonchay equates Southern Rhône winemaking to making wine in the new world, where wines—often due to warmer climates and inherently riper fruit—don’t always need a long aging period in order to become approachable. This is a departure from northern syrahs, which need time to integrate tannins and acidity. However, he prefers to allow the Vacqueyras and its neighboring appellation, Gigondas, some time in barrel, largely due to his belief that the personality of a wine is made during élevage, rather than the vinification process. “It’s southern wine with northern winemaking,” as he puts it.

The Vacqueyras is fermented in the south, but like all of Vidal-Fleury’s wines, is then sent to the main estate in the north for aging. A recent renovation of the facility allows Vidal-Fleury to store three years’ worth of wine, and gives the winery complete control over the wine’s development.

Working with as little intervention as possible in the vineyards and winery is also a high priority to Sarton du Jonchay. “I like to make wine with grapes and time,” he says. Although not certified organic—mainly due to the administrative work that goes into becoming certified—he operates as sustainably as possible. This philosophy harkens back to Vidal-Fleury’s northern roots; steep terraced vineyards in Côte Rôtie require harvesting by hand and almost no use of chemicals.

Much like A Table Apart’s cuisine, Vidal-Fleury keeps one eye on its historic roots, yet builds upon tradition with modern ideas and philosophies.