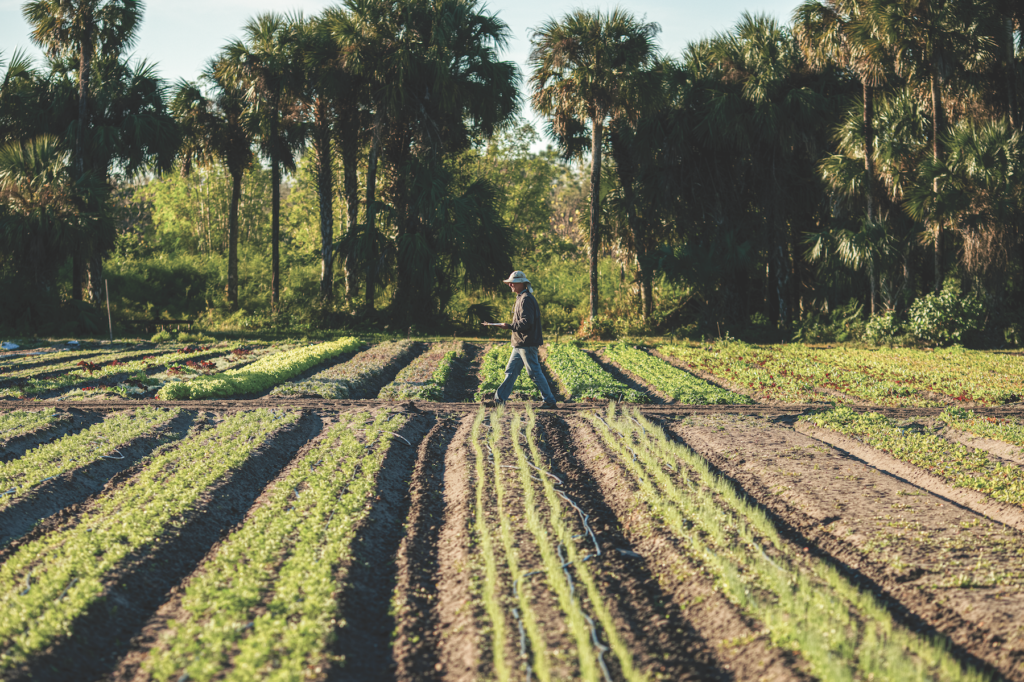 Consider this: Buying food from local sources keeps the carbon footprint shallow. On the other hand, it sometimes makes sense for a restaurant to branch out geographically for products that are raised on regenerative farms and in intelligent fisheries.

More inconsistencies in the world of sustainable food exist. Plant-based diets, for instance, are good for the body and the planet. This often involves working with protein alternatives. Yet, you have to consider how the ingredients for plant-based proteins are produced, and sometimes manipulating vegetables to taste and feel like meat requires additives that can mess with how you feel.

So, what makes the best sustainable restaurants? The answer is not always clear-cut, but today’s conscientious chefs agree the effort is essential for the future of their business and our world. Some local chefs leap quantumly beyond the bounds of early definitions of sustainability and battle with the double-edged sword of inconsistencies.

One could point to chef Jeff Mitchell at The Local as the region’s pioneer in restaurant sustainability, and few would argue. “We knew it was going to be a challenge when we first started,” Mitchell, who opened his Naples locavore restaurant in 2013, says. “All the verbiage was saying it’s a trend, but it’s not a trend at all. It’s the way people have been cooking for generations.” 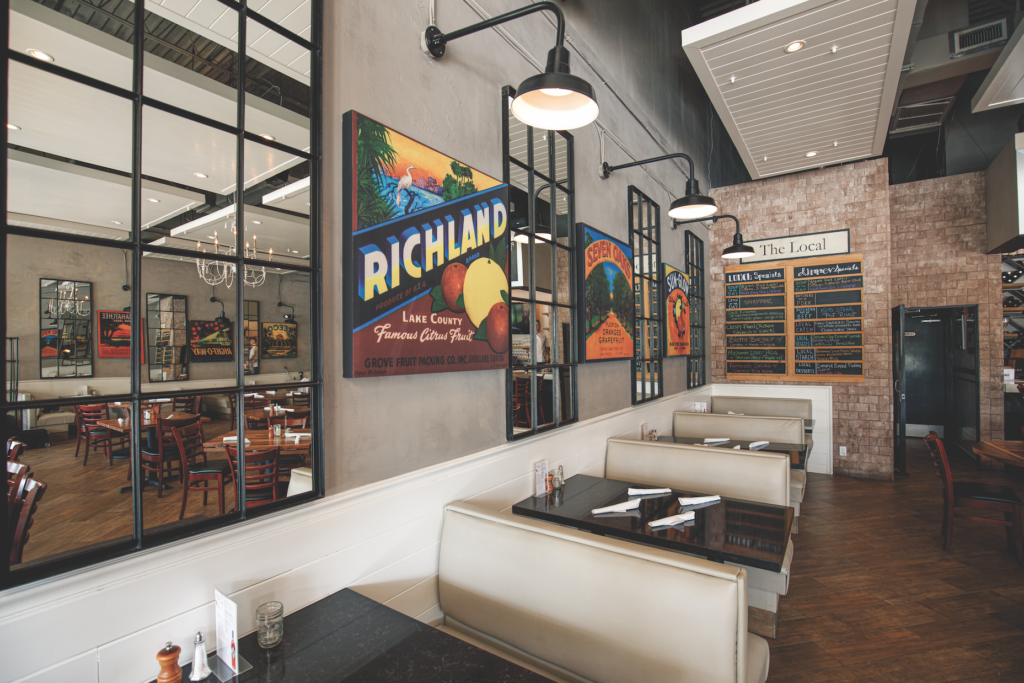 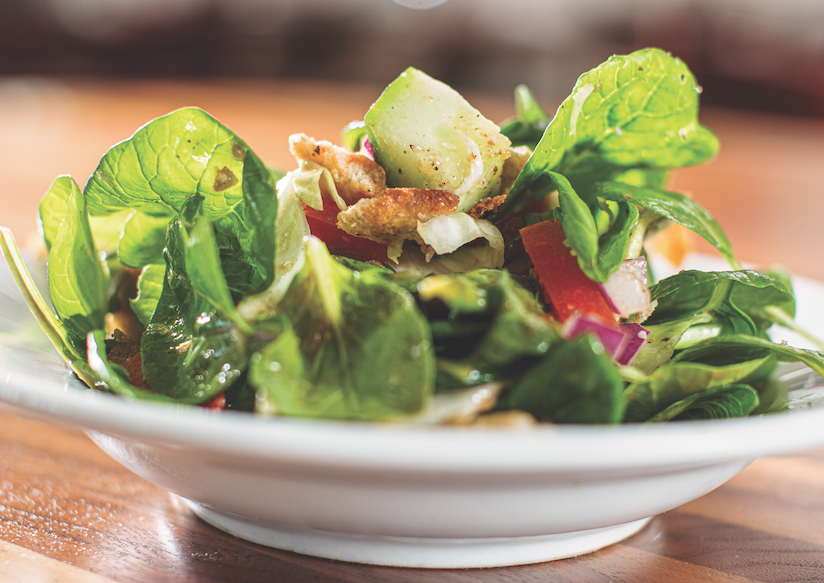 Having grown up in Michigan eating garden-grown food and learning from his grandparents, who owned an Italian restaurant in Detroit, he wanted his three boys to eat the same way. He couldn’t reconcile cooking one way at home and another at his restaurant, so he decided to cook only what was healthy for his guests and his planet. He strives to keep his food sources within a 100-mile range.

The biggest challenge was developing a network of like-minded people to meet his grocery list. Sustainability was not in the vocabulary of a lot of local chefs back then. Now, it has snowballed and become easier. More demand means more growers and vendors, which means more restaurants getting on board. Sit down for dinner at A Table Apart in Bonita Springs, and the first thing you read on the menu is chef Jarrod Davis’ manifesto, which includes the words: “Whenever possible, we source items locally to support our community and we are proud to use several small vendors versus one big box company for our products. Although these standards may increase our costs and limit our sources, we believe that we are taking the correct approach to serving you the freshest, highest quality food.”

Ridgway Bar & Grill boarded the sustainability bus recently. New executive sous-chef Micole Rivera Suárez gets a lot of the credit for that. Since she entered the kitchen last July, she has been training staff about eliminating food waste, cooking plant-based and sourcing locally. “People are demanding local,” she says. “People want to be sustainable and know where their food comes from. People are understanding processes and food. They understand it’s our responsibility to be able to all work in that local range and to sustain ourselves.”

Sea Salt Naples, like The Local, has climbed the uphill battle toward sustainability, having opened in 2008 with a seafood focus. “The most important thing was keeping with it and sharing with guests what they’re getting is sustainable fish and why it’s better,” Corporate Executive Chef Jason Goddard says.

He understands from his years of monitoring CleanFish and Monterey Bay Aquarium Seafood Watch lists that local isn’t always necessarily the most sustainable when it comes to seafood. Currently, he gets highest quality Ōra King salmon—a fish not available locally—from a farm in New Zealand. “Farmed fish!” he says. “Thirty years ago, because of poor farming practices, you’d be booed out of the room for mentioning it.” That was before aquaculture moved to open waters.  Backlash still exists, however. On Sanibel Island, the Sanibel-Captiva Conservation Foundation (SCCF) and others protest plans for a fish farm in local waters, fearing its effect on water-quality issues that have plagued the region for more than a decade. 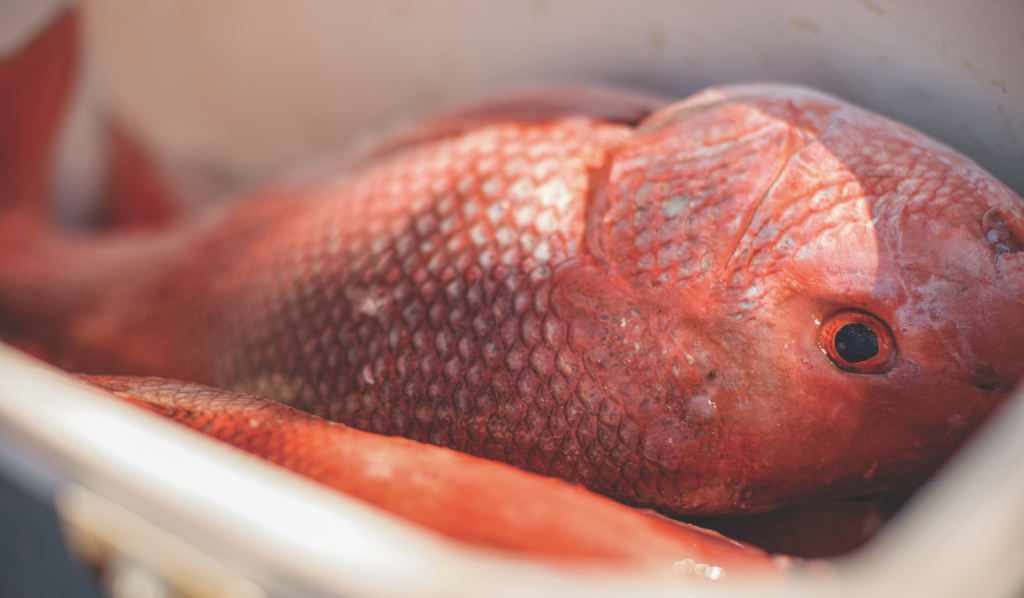 Everett Fromm, culinary director and chef at Hogfish Harry’s in Naples, sees both sides of the issue. He would love to get his hands on the high-end almaco jack species the farm proposes to introduce, but is concerned about long-term effects on the environment. “The companies that start these farms may have good intentions, but need to proceed with caution, studying the marine life habitat around their pins (industry name for cages), ensuring that wild fish are not affected by any chemicals or toxins, good or bad, that may be released in this trial process,” Fromm says.

His restaurant’s name points to its focus on seafood. The hogfish itself is sustainably fished by most sources. Fromm’s supply comes from the Yucatan Peninsula in Mexico. Other species he purchases from purveyors in Miami. “We use fish and other seafood items that are not a targeted species,” Fromm says. These species include underutilized fish such as mutton snapper, triggerfish and farmed cobia. He likes to use mahi-mahi because it’s the fastest-growing fish in the ocean. “The most important step for us is to have a good honest relationship with our purveyors to make sure they are following all guidelines to sustainability,” he says, adding that government controls are often in place. “These efforts are important to ensure the species stay populated and healthy for future generations.”

Chef Asif Syed of 21 Spices in Naples agrees: “The most important step is to understand the whole production chain from seed to harvest for every ingredient you use in the restaurant.”

Goddard, who also oversees Dorona Modern Italian Steakhouse, concurs, especially where livestock is concerned. He personally visits sources such as Joyce Farms, a co-op in North Carolina, to witness its standard of regenerative methods such as no-till growing. The problem with regenerative farming, however, is that, unlike commodity or mass-scale farming, plants and animals are often more slow-growing and require the attention of a small operation. Small farms cannot provide steady supply, which is why Goddard believes co-ops are the way of the future.

Although he admires strides being made in plant-based cuisine, he believes the drive to make plants simulate the texture and taste of meat and dairy often results in the unnatural manipulation of products. “Manipulating those textures to taste like something else sometimes uses additives the body doesn’t like,” Goddard says. 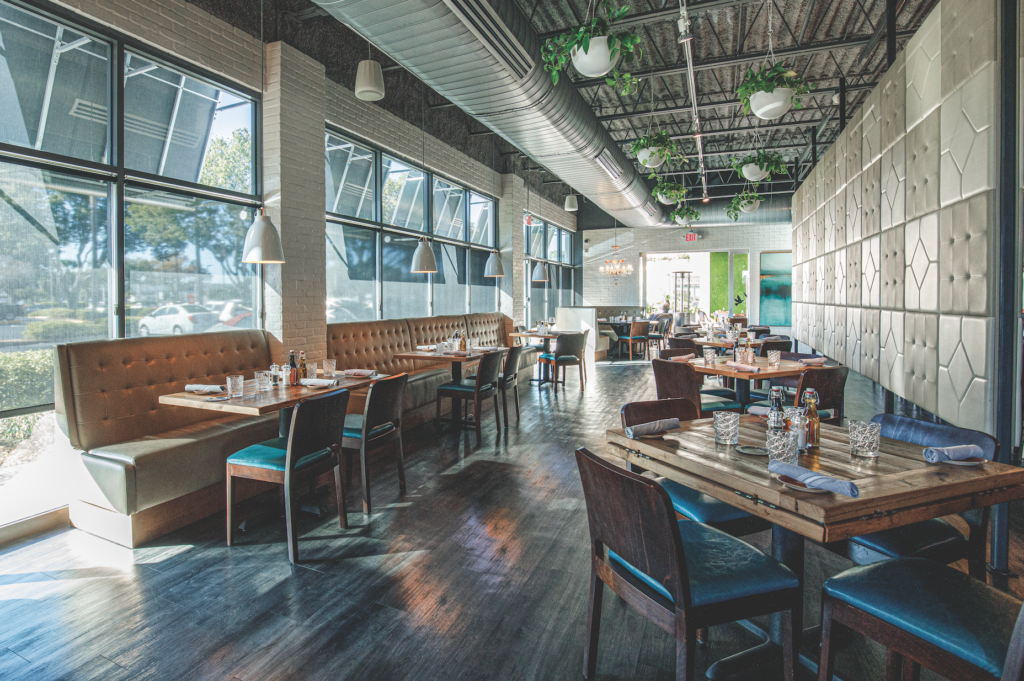 Syed, however, believes his greatest effort for sustainability is a steady focus on vegetarian, vegan and plant-based cuisine. In 2018, he was selected for a James Beard Boot Camp that was partially devoted to sustainability. In 2019, he was invited to speak on the topic at NaplesNEXT. People are not only looking to lessen the impact of meat on their health, he says, but are becoming increasingly aware of how livestock affects greenhouse gases and climate change. One of Naples’ first Blue Zone-certified restaurants, his also works closely with the nonprofit, aPlantBasedDiet.org. “As a chef with over 25 years of experience, I can see the revolution to a more health-conscious lifestyle, where people seek plant-based options nowadays more than ever,” he says.

Skip Quillen, who offers 30 vegetarian side dishes at his Chops City Grill steakhouse in Naples, sees vegetarian and vegan diets as a growing trend but not a passing fad. “I believe a plant-based lifestyle is here to stay and only increases in time.”

Mitchell sees the same trend at The Local, where he has been increasing the number of vegan and vegetarian options, some of the most popular dishes on his menu. But he also understands that produce can negatively impact climate change when discarded into the landfill, where it produces methane gas. That’s why he is militant about using every part of the plant or animal that comes into his kitchen. While most chefs are waste-conscious—using leftovers in soups, daily specials, employee meals and such—he pickles and preserves and makes granita and charcuterie. “The Italians have a saying for it: niente nella spazzatura,” says Goddard. “Nothing goes in the garbage.”

Suárez at Ridgway repurposes scraps for other dishes—such as the tomato marmalade she makes from leftovers of a veal dish using only the tomato skins. Syed composts his leftovers in his own garden. “We as chefs have the responsibility to fight against the abusive way parts of the food industry are acting,” he asserts. “The carbon dioxide footprint of agriculture has had a devastating impact on our environment, and each of us needs to take a stand against it. We have to go back to our roots and appreciate what the seasons are naturally offering us. We need to stop manipulating and abusing nature for our convenience.”