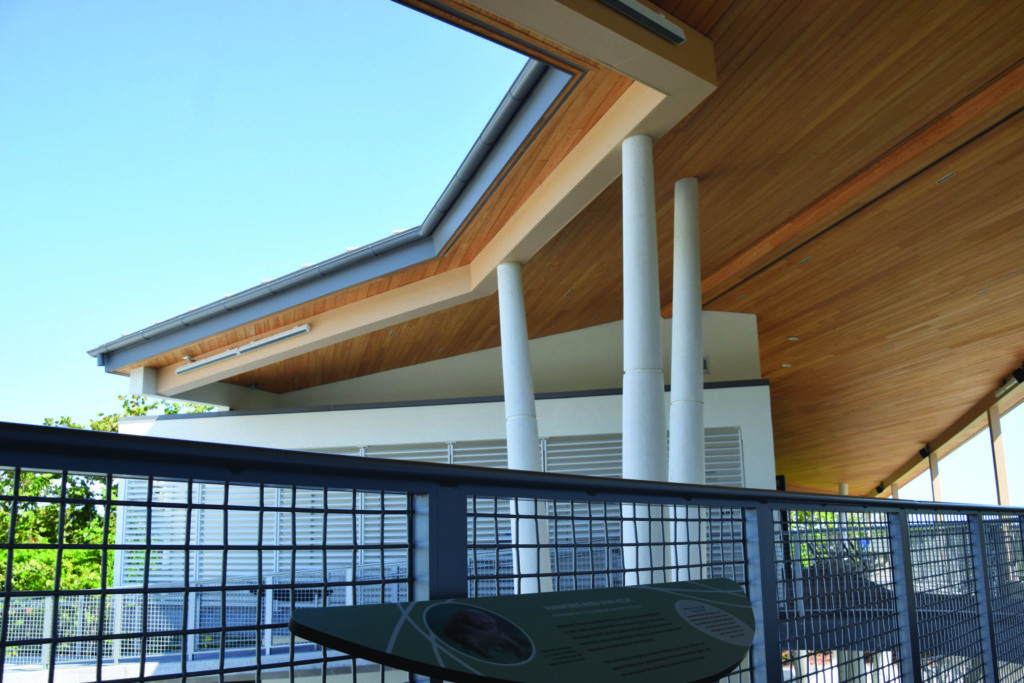 Lovers Key State Park stretches across four small islands, with beaches, bays and wooded trails. Now, the park—one of Florida’s most visited—is raising its cool factor by adding a sleek visitor/learning center that has a community room with lecture and event space (with local art throughout), a gift shop and outdoor classrooms. After 10 years of planning and fundraising by Friends of Lovers Key (FOLK) and the state, the first phase of the $4.7 million, 3,500-square-foot Welcome & Discovery Center debuted in May. The first major project of its kind to be built in the Florida park system in two decades, the center is designed to reward curiosity and educate on the surrounding ecosystem, with its stylized mangrove-like columns supporting the elevated building; 100-gallon outdoor touch tank coming in the fall; and hands-on exhibits that replicate beach and coastal dune habitats inside. At the fish shack-style information desk, you can pick up maps to the 10 miles of hiking and paddle trails, or sign up for a ranger-led tour of the park; and a 5-minute tram ride to the beach is a short walk away. —Chelle Koster Walton

Launched by Naples’ Allison Pezzuti, silks line Pelerine recently debuted with a range of casually elegant capes, perfect for the Florida heat. Working with Fort Myers-based artists and designers Rasit and Ilkay Turk to bring her patterns to life, Pezzuti designs the versatile capes to be worn layered with jeans and a top, or alone as a dress when belted with a reversible sash. With their vibrant designs, it’s no wonder that the pieces were a hit during Pereline’s first trunk show at Marissa Collections in February. “Before I moved south, black was my uniform. And now that I’ve been here for 12 years, I barely even own black clothes anymore. I gravitate toward color, and I see women gravitating toward color,” Pezzuti says of her penchant for technicolor designs, inspired by art and her travels. Every piece tells a story, and the Turks digitize Pelerine’s patterns, which are then printed using an eco-friendly process and handsewn. “After being quarantined and at home wearing athletic wear for a year, I think people are ready to wear something that excites them,” she says. The capes have roomy pockets and stay-in-place wide sleeves, so you can raise a glass or auction paddle with ease. —Jaynie Bartley

From the 12th-floor perch of the rooftop Beacon Social Drinkery, which opened last fall at the Luminary Hotel & Co., you can catch a breeze while taking in the 360-degree views of downtown and the Caloosahatchee River. Besides its youthful, lounge-like gathering areas indoors and out, Beacon’s Asian- and Latin American-inspired menu, craft cocktails, local beers, wine and bubbly bring in the ready-to-party and wanna-kick-back crowds.

For rainy days, there are plenty of culinary diversions within the hotel, which was designed to honor Fort Myers icons, like Thomas Edison—the hotel’s star inspiration. Choose between three other on-trend spots, including Ella Mae’s Diner, a Southern-inspired restaurant that pays homage to legendary entrepreneur and philanthropist Dr. Ella Piper, near the ground-floor lobby; and The Oxbow Bar & Grill, which reigns over the hotel’s pier with a stunning seafood menu to match the water views (its moniker is a reference to the former bends and curves of the river pre-straightening). Food lovers also appreciate the on-site culinary theater called The Workshop, which hosts cooking demonstrations. —C.K.W. 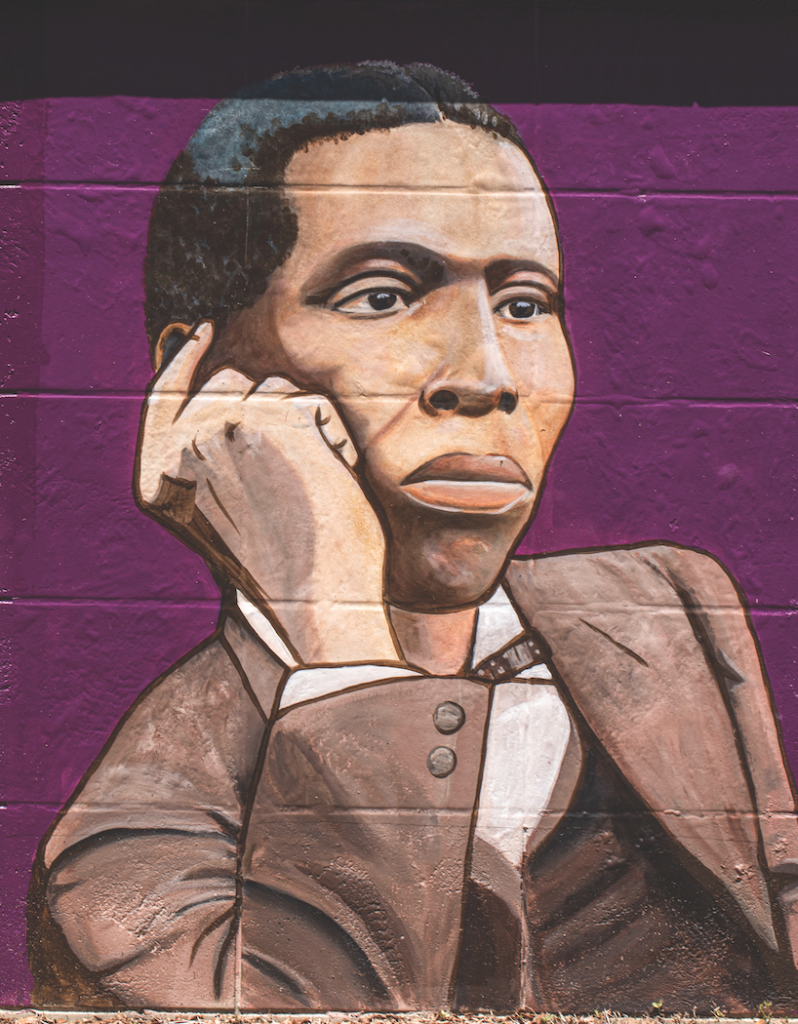 Writing on the Wall

At the historic McCollum Hall in Fort Myers’ Dunbar, a series of murals completed in April reflect the hall’s significance in the Black community. In the ’30s and ’40s, McCollum was where Chitlin Circuit musicians like Count Basie and Duke Ellington would perform; Black-owned businesses thrived on the ground floor; and locals gathered to play checkers and for events like Dunbar’s 77-year-old Easter parade, which still takes place today. All of this is depicted in the 12 murals that are part of the “Buck’s Backyard” McCollum Hall’s Mural Project, run by Fort Myers Mural Society and part of a $2.8 million restoration effort to reclaim the long-derelict hall’s status as a cultural hub. While the renovation plans are still in flux, the Insta-worthy murals by artists J.P. Almonacid and Erik Schlake provide a colorful dose of culture and history to summer sightseeing. —C.K.W