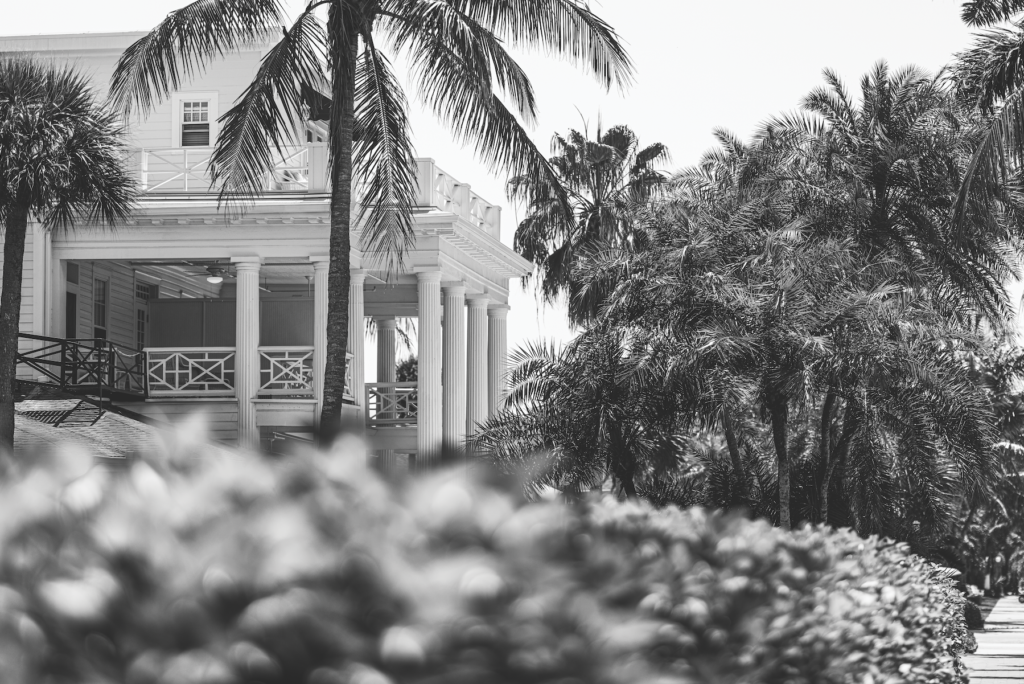 “They’re exquisite, aren’t they?” says a guest sitting several couches away, her laptop open as she takes advantage of the morning hush to catch up on work in the living room of the Gasparilla Inn & Club. I’m examining an intricate arrangement of shells that hang in a frame on the mantel in my small section of the room. The pieces, small shell craft love letters that seafarers would make for sweethearts back home, appear throughout the historic resort, inviting guests to slow down, sit, examine, contemplate and relax.

The inn is filled with sentimental touches like these, which were collected by Sarah Farish, who now owns the resort with her husband. They’re part of what makes the resort, which spreads through the small town of Boca Grande like an elegant octopus, feel like you’re visiting a fourth-generation family home.

Dating back to 1911, the resort has changed vastly from its humble beginnings as the two-story, 20-room Hotel Boca Grande. Now with two dozen cottages, a marina, golf course, tennis club, bakery, motel, numerous restaurants, and a newly renovated beach club, its metaphorical tentacles have shaped the island-town of Boca Grande over the last 110 years. Though the look and feel of the Gasparilla Inn has evolved, it still retains its Old Florida charm and its purpose of providing an exclusive and peaceful getaway.

With the original inn building designated as a Historic Hotel of America and part of the National Trust for Historic Preservation, embracing the integrity and nostalgia of the resort’s history has been part of the legacy carried on from generation to generation. Toeing the line between preservation and modernization, the inn’s stewards have struck a fine balance. “The attention to detail and design is something that has always been part of the Gasparilla Inn and that legacy continues through this project,” says the resort’s president and general manager, Jon Reecher, referencing the newly renovated beach club. Built in 1986, the beach club was in need of a structural and style update that would maintain its historic elegance, while also meeting the changing needs of resort guests. Palm Beach-based Kemble Interiors was tasked with the recent renovation, along with designing the resort’s nine new beach cottages. I was eager to see if the same flamingo pinks and citrusy yellows, along with whimsical touches like fireplaces filled with seashells, would be echoed in the new spaces. 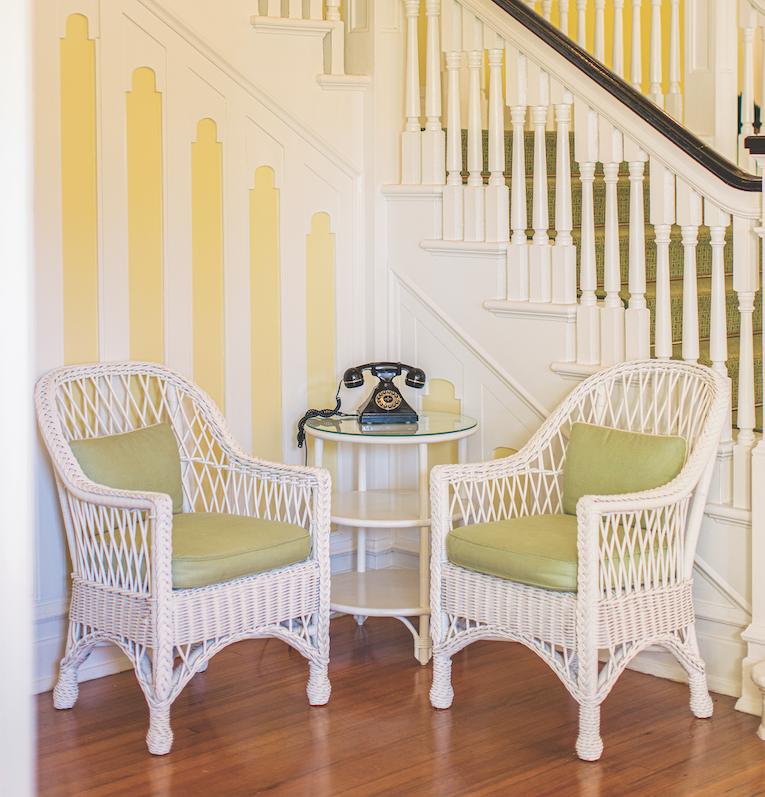 But first, breakfast in the main dining room, which was part of an earlier renovation in the 2000s that was also led by Kemble Interiors. The design firm’s playful attention to detail comes through in touches like schools of fish embellishing the backs of the wooden banquettes and palm-frond patterned cushions. Potted orchids hang along the white wood columns above our heads, as Diane Randazzo, an employee with the resort for 31 years, leads me to a table. She is a wealth of information, knowing everything from which guest expects The New York Times waiting at his table each morning to the best spot to view the ever-elusive green flash, a burst of light that guests hope to catch as the sun dips below the horizon. She’s seen it, just once, at the beach club during an awe-inspiring sunset, and her face lights up as she recounts the tale.

After breakfast, I wander outside and past groundskeepers manicuring the croquet lawn behind the main building before walking the two blocks to the beach club. A fitness center, tennis courts and the Inn Adventures, where guests can rent bikes or arrange tours, are spaced conveniently behind nine new luxury, family-style beach cottages. The two-, three- or four-bedroom Gulf-front cottages feature a full kitchen and a golf cart for families to use during their stay. Kemble Interiors worked during the resort’s off-season to decorate the new spaces to reflect the inn’s original style. 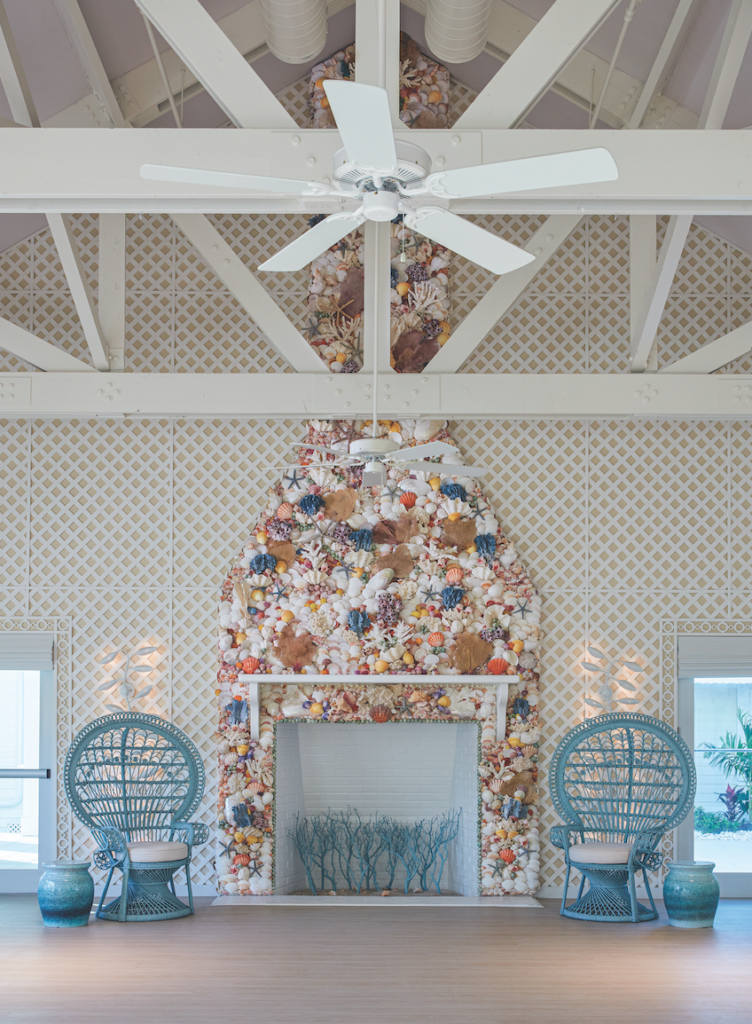 As we walk through the new event rooms at the beach club, Corey Anglin, public relations and special events manager, points out a wicker grasshopper table and a rattan chair with cushions covered in the classic citrus garden motif that designer Josef Frank created for textile giant Schumacher. Farish worked with designers Mimi Maddock McMakin, Cece Bowman and Mackenzie Hodgson, of Kemble Interiors, on the project. “It’s the whimsy that Mimi is known for,” Anglin says. Palm Beach-based Christa’s South Seashells was commissioned to create functional works of art for the renovation, including seashell-encrusted patio pots and the showstopping shell-covered fireplace in a banquet room that provides the perfect backdrop for celebrations.

The design team paired these organic materials, like wicker and rattan, with tropical motifs to embrace the inn’s roots; and then layered in personal touches like quirky artwork and tchotchkes to make it feel homey. The result was a refresh that highlighted the resort’s nostalgic charm. 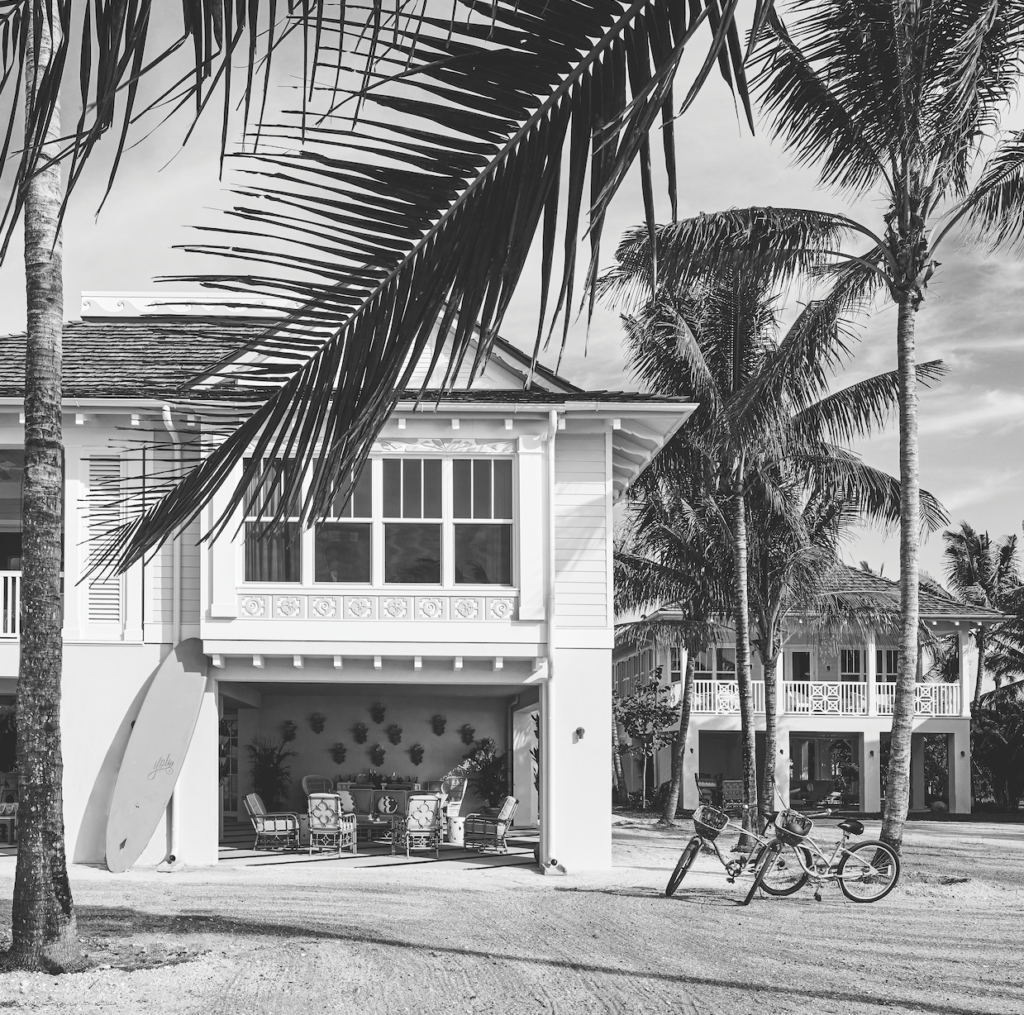 For the families that visit year after year and generation after generation, maintaining that sense of sentimentality was essential. “Over the years that I have worked with the Gasparilla Inn, I’ve always held onto one thought that pervades every decision I make—that is, ‘Don’t mess it up.’ It is a place that is so appropriate to its setting and so loved by generations,” designer Maddock says. “The narrative of the Gasparilla Inn that we hope to tell is one of being invited to a well-appointed house, except you have room service and someone to make your bed every day and never have to feel like you are overstaying your welcome.”

Since the resort’s early beginnings, families have flocked to the warm Gulf waters and soft sand beaches of the seven-mile long and quarter-mile wide Gasparilla Island to escape winter weather. The Rockefellers are said to be among the early visitors. Another one of America’s wealthiest families, the DuPonts, developed a tradition of visiting each year, which led heir Bayard Sharp, Farish’s father, to purchase the resort with a group of investors in 1961.

A bit of internet sleuthing shows that President George W. Bush, his parents and family vacationed at the inn before and during his presidency. Katharine Hepburn rented a house on the beach in the 1980s; and there are stories of residents spotting Harrison Ford on the bike paths. The resort’s respect toward privacy is mirrored in the community, making the island even more attractive to famous, and not-so-famous, families searching for a quiet place to make memories. “We are a very rich part in the social fabric of people’s lives,” Nate McKelvy, the beach club manager, says. As Anglin and I sit with him in the cool shade near the beach club’s bar, the staff prepares for the afternoon over the low hum of machines churning frozen old fashioneds. Towels are rolled and waiting at the end of lounge chairs as the first group of guests arrives, parents and grandparents setting up for the day as their kids splash into the pool. As more guests and members arrive, I realize I’ve lost track of time, something McKelvy warned would happen as I adjust to what locals call “island time.” 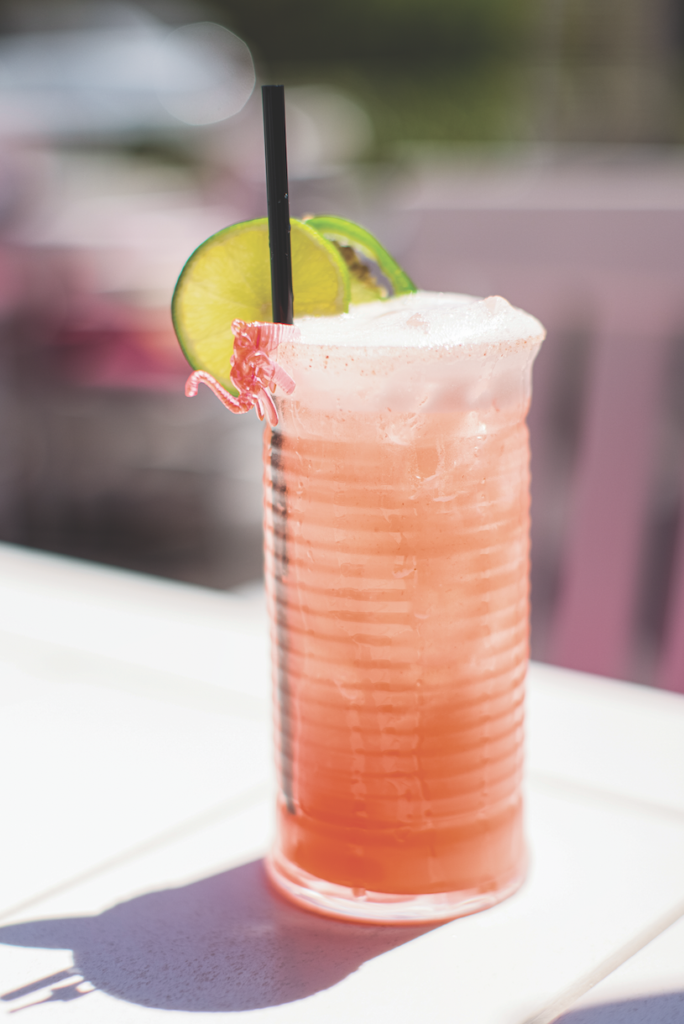 “It’s a great place to forget your schedule,” McKelvy says. “People are here to engage and spend time with each other.” That is mirrored in the design, with conversation areas set up throughout the resort, including the backgammon tables, another tradition that dates back to the beginning of the inn. I start to count the tables, while also keeping an eye out for sailors’ valentines. I head back toward the main building and spy three of the shell craft love letters on the lobby’s fireplace on my way to meet the inn’s operations assistant and historian, Tina Malasics, in the living room.

We perch on the edge of vintage wood and wicker couches topped with chintz cushions and look over an antique ledger that Malasics has opened atop a table lined with imitation tarpon scales. She flips through the pages, recounting stories of the Pelican Club, which started as a fishing club in 1917 when it recorded prize catches for its club members. They originally removed a scale from each catch and recorded the details before releasing the tarpon back into the water, but discontinued the practice once they realized it was detrimental to the fish. The club branched out to include a shelling competition that continues today; its trophy displayed in the main hallway atop a glass case that showcases ocean treasures lovingly collected by guests and staff. 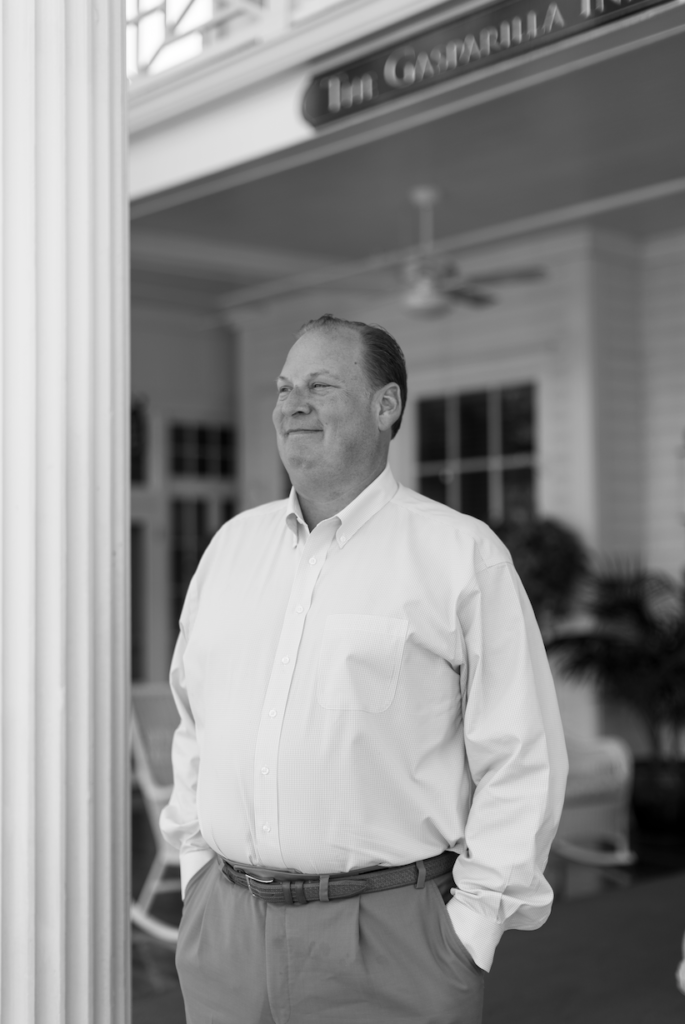 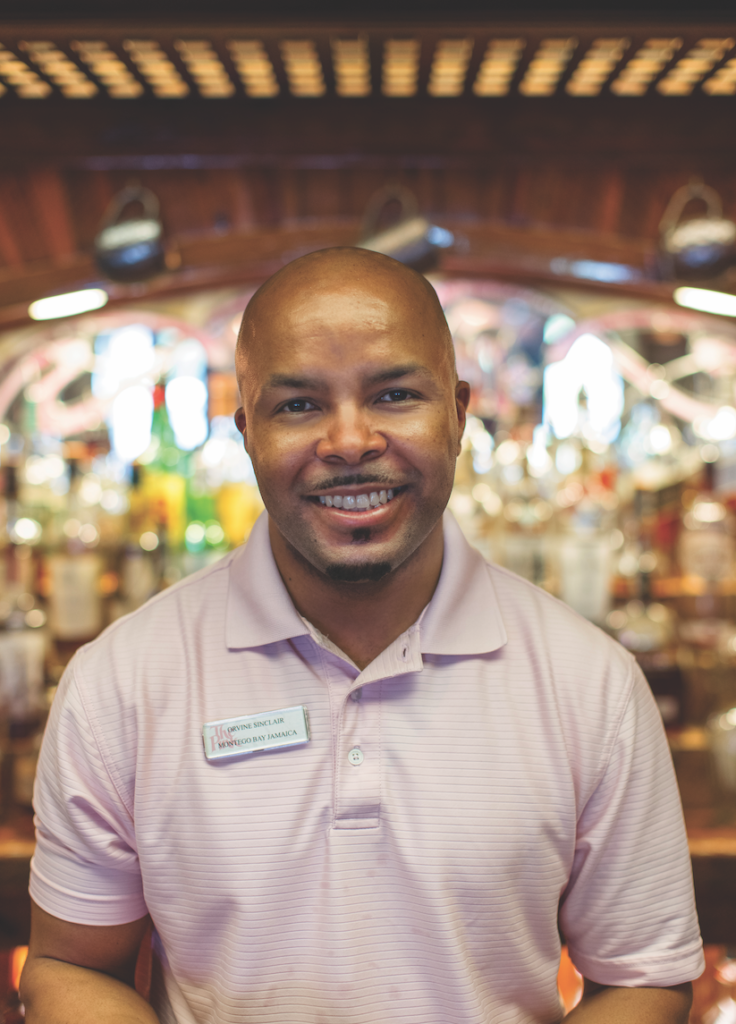 Malasics’ stories are part of what makes me feel, once again, like I’m visiting someone’s home. One of her favorites involves Collier County’s founder and famed Florida developer Barron Collier, who purchased the inn and its buildings in 1930 for $150,000. “He didn’t like the layout and wanted to start building cottages,” she says. One of the spots where Collier planned to place a cottage was on the inn’s tennis courts and, instead of removing the original courts, he built Cottage 52 on top of them to save time and money. Collier also moved the entrance of the inn to the west side, adding the first- and second-floor verandas and 10 columns that updated the original Queen Anne style to create the elegant neoclassical facade that greets guests today.

Malasics joined the resort 36 years ago and remembers one female staff member who used to walk around each day at 4 p.m. with a silver teapot, serving afternoon tea to the guests—a ritual that started with the wealthy New England families who first visited the Gasparilla Inn after its first expansion and remodel in 1913. 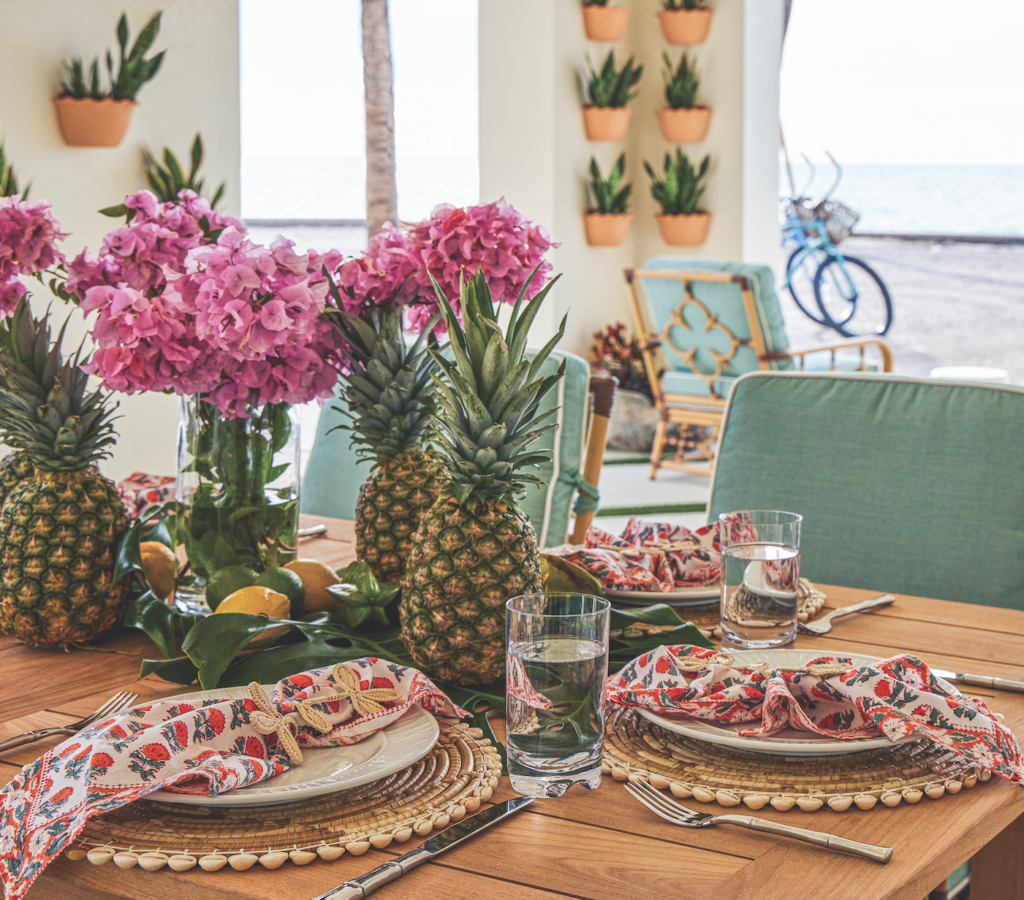 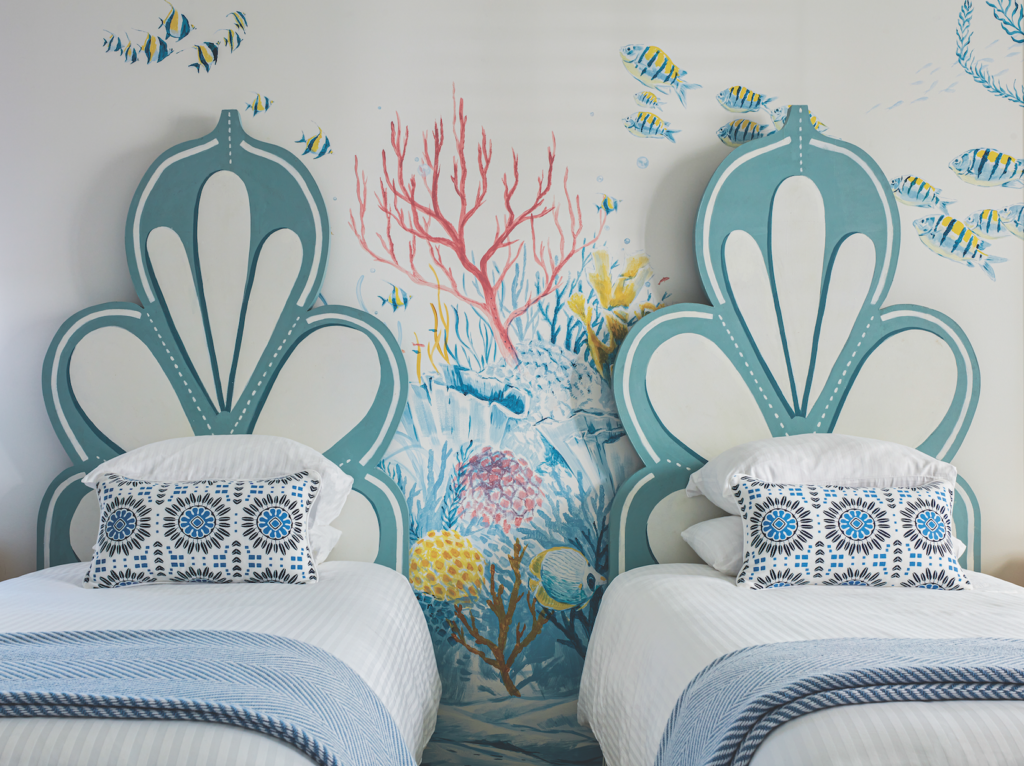 Traditions like tea in season months, turndown service and dressing up for dinner in the main dining room, are an important part of the resort’s culture. “I want to continue those traditions,” Reecher says. “I think it is rare and speaks volumes as to who we are.” It’s that desire that also brings families back year after year, making the beach club updates and addition of the beachfront cottages important as a way to ensure the resort continues to be part of its guests’ lives for generations to come.

Earlier in the day, Reecher mentioned that the inn’s tagline was, “Florida as it was meant to be.” As I head back to the beach club in hopes of seeing the green flash Randazzo had mentioned, I see guests gathering on the beach in anticipation of the sunset and further understand what she means. That’s the magic of the Gasparilla Inn & Club—being cared for and feeling as if you are staying in a grand historic home with a host family, breezing through a day with no schedule, chasing winter sunshine and perfect sunsets. 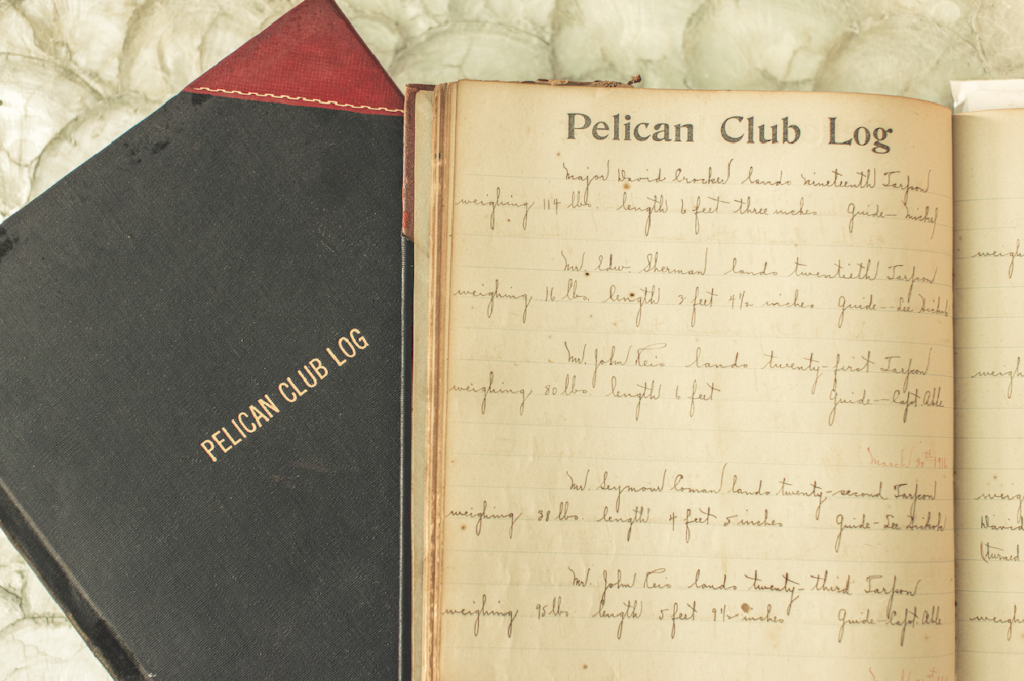 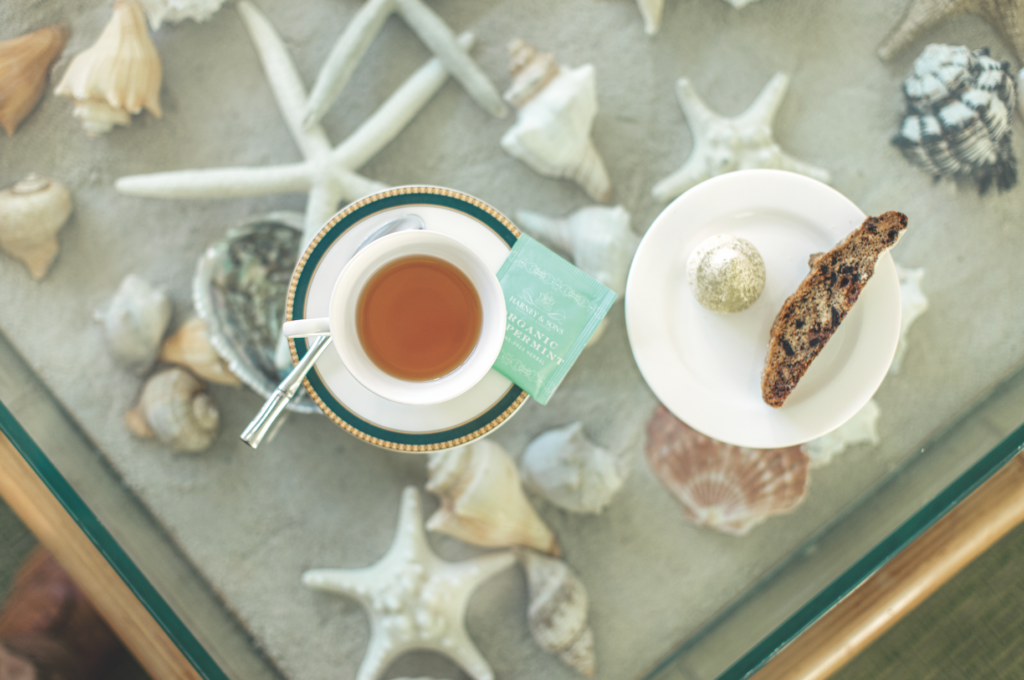