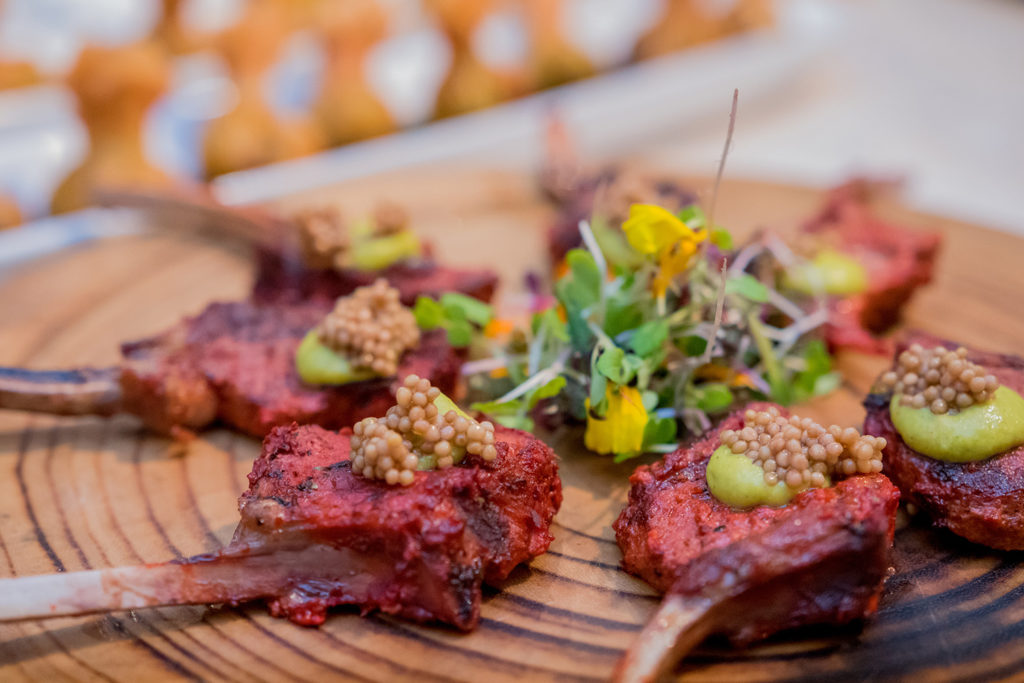 Indian cuisine is making the news in Southwest Florida of late and in new, elevated and healthy ways. I remember the days when Fort Myers’ India Palace was the only subcontinent representation around. It offered a buffet and I reveled in the new-to-me, exotic flavors. I loved the bold spices and heat, albeit undoubtedly tamed for American’s taste. Since then, I’ve dug in to Indian cuisine around the world, including more and more in my own backyard.

In June, Aroma Indian Cuisine opened in North Naples within the Tamiami Square strip mall. Earlier, Ahana’s Bombay Grille moved from its postage-stamp cafeteria-style location on Bonita Beach Road, across Tamiami Trail, where it expanded in the Sunshine Plaza. Le Indya debuted on Pine Ridge Road in July 2020, the third in a series of upscale Indian restaurants owned by Suman Chaniyil, including Fort Myers’ Spice Club Indian Grill and India’s Grill, both of which opened in 2016. I Love Curry launched a storefront late 2020 on Bayfront Drive, based on the popularity of its food truck, which currently only caters private events.

Although you generally find Indian restaurants in strip-mall storefronts, the settings, too, have become more sophisticated. And, thankfully, the food more genuinely spicy.

Prime example, and undoubtedly trendsetting among this new generation of local Indian restaurants, Chef Asif Syed has made a name for the genre and himself in the United States, far beyond his posh dining room in East Naples. His 21 Spices by Chef Asif opened in December 2015 and immediately became a sensation as the chef proved his talent for modernizing and popularizing traditional Indian cuisine.

My recent visit afforded wowing tastes of the tandoori Kashmiri chicken, which boosted Syed’s reputation when he bested Food Network’s Bobby Flay in a throwdown in 2018; the inimitable 21 Spices Lamb Chops, lean and fraught with his trademark layers of flavor; tender chicken tikka masala; garlic naan (don’t miss it); a superb appetizer called Palakwala Chaat—crisp-fried baby spinach with yogurt, tamarind and dates; and skewers of tandoori-charred paneer (Indian cheese) with bell peppers and onions. Even the chef’s signature cocktail brought texture and complexity to cucumber-infused gin with grated cukes and a touch of chile heat.

Complexity is a trademark quality not only for Chef Asif, but in the art of Indian cuisine in general. The spices get a lot of the credit, particularly chiles, which give the food its reputation for fiery. Most of these spots give you an option of at least mild, medium and hot, while 21 Spices offers five tiers of heat to diners. The spices themselves lend healthful benefits to Indian cuisine, says Chef Suman. The prolific and creative use of vegetables, especially in south Indian cuisine, bolster that reputation.

At Suman’s local favorite Le Indya, I sampled a couple of vegetarian appetizers. The samosas are practically legendary already for their flakiness. The lovely veggie samosas, stuffed with potatoes and peas, came with a tamarind chutney and a mint-yogurt sauce to heighten the flavor. I chose the paneer, available in a variety of rich preparations, with tomato sauce and bell pepper and savored it with a mango lassi yogurt drink while watching Indian dancers on a TV screen. It felt like a delicious escape. Weekends bring a buffet, a mainstay of Indian restaurants that has been discontinued at others like India’s Grill since the pandemic.

At Masala Mantra Bistro, which launched in Cape Coral in 2019, the butter chicken (I ordered it extra spicy) is unforgettable. Masala Mantra, like other modern Indian restaurants, touts its vegan menu. In Bonita Springs, Ahana’s goes the modern vegetarian route, in addition to offering north Indian traditions of lamb and chicken. I dined there in 2015 when it first opened on Bonita Beach Road west of Tamiami Trail and, along with the grass-fed lamb, I was enthralled by its extraordinary daily-changing veggie dishes, such as green beans in tomato sauce with potato and lentils with whole mustard seeds. I’ve only had the chance to peek into the window of the new Ahana’s, which has tripled in size and feels more properly Old World with a vintage piano and all the baroque Indian trappings.

Right at the line between Bonita Springs and North Naples, Passage to India finds its niche with Bangladeshi specialties. Subtle differences exist between the food of Bangladesh and India, which embraces it on three sides. Just across the county line in Naples, Aroma attempts, as most Indian restaurants do, the wide range of Indian food groups—curry, tandoori, biryani, southern vegetarian and northern meat dishes. The owner, Vishnu “Vinny” Pratap Thalappil, has operated Flavors of India in Port Charlotte for three years. When I spoke to him, he had just celebrated his grand opening at Aroma to a full house—one more indication that Indian cuisine is catching fire, in more ways than one, across Southwest Florida.