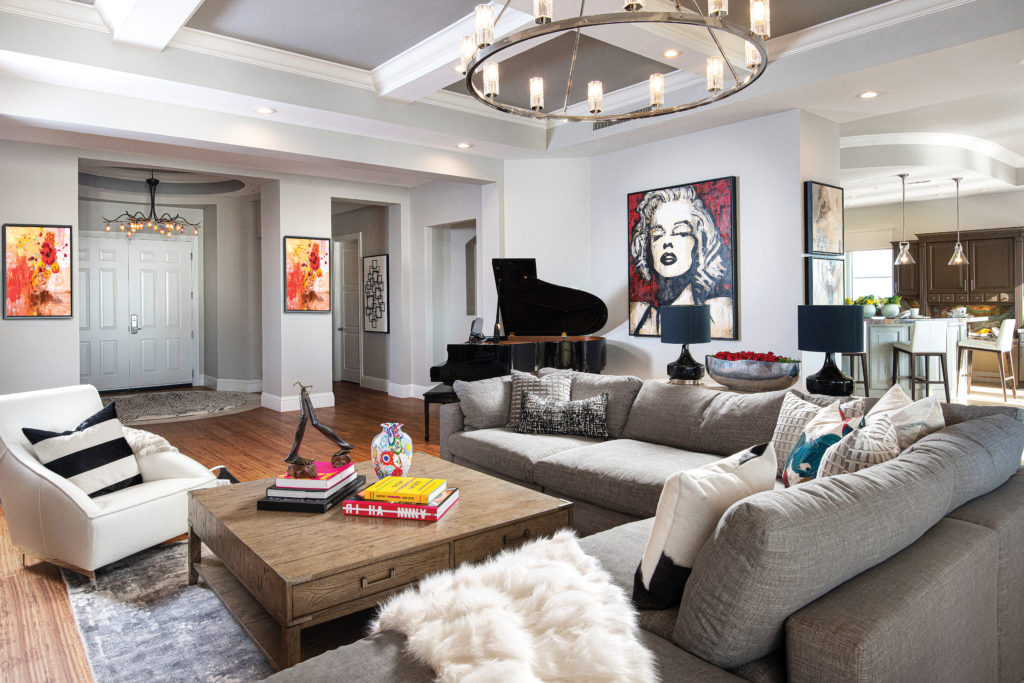 When the Miami Heat are on television, there’s a pretty good bet you’ll find William Harwin taking in the action on the big screen on his new home theater. The founder and former CEO of Florida Cancer Specialists recently renovated his Gulf Harbour Yacht & Country Club penthouse and the results are, as you might expect, dramatic.

Harwin purchased the more than 5,000-square-foot, four-bedroom, 3.5-bathroom condo new in 2006, and recently felt it was time for an update. With its gold-and-rust color scheme, the home had some Tuscan overtones, and its technology was aging. He enlisted the services of Leili Fatemi of Leili Design Studio to modernize it.

“Nothing was off limits for designer Leili Fatemi in this remodel except for the Marilyn Monroe painting (pictured above), which the homeowner bought with his late wife and which now anchors the great room.”

Harwin was drawn to Fatemi for her creative vision, and she didn’t disappoint. The first thing she called attention to were the views, which were blocked in places and not emphasized throughout.

To maximize his penthouse perch, the designer started by changing the location of the bed in the main bedroom and removed drapes elsewhere that were blocking the 10th-floor panoramas that stretch from the Caloosahatchee River out to the Gulf of Mexico. 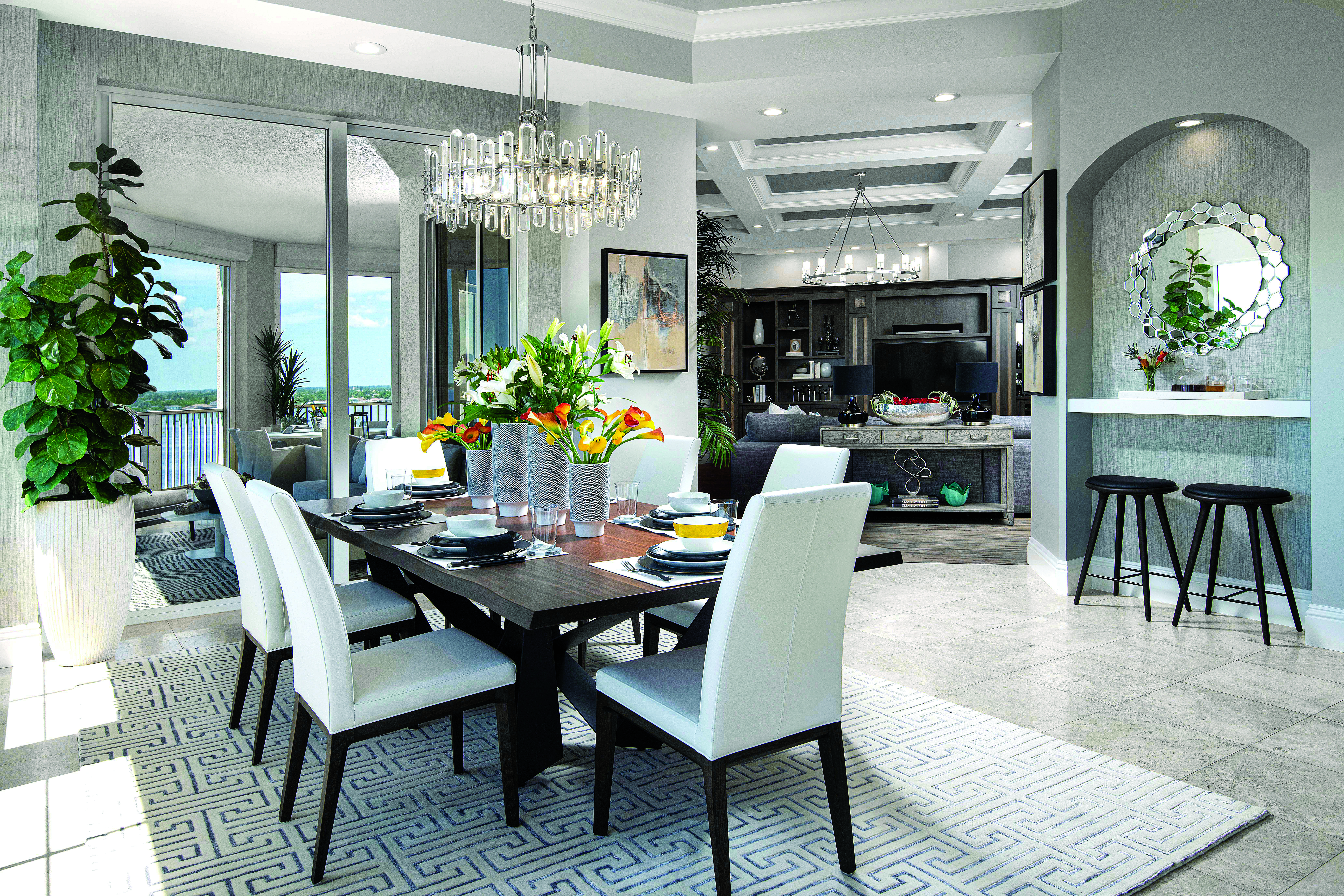 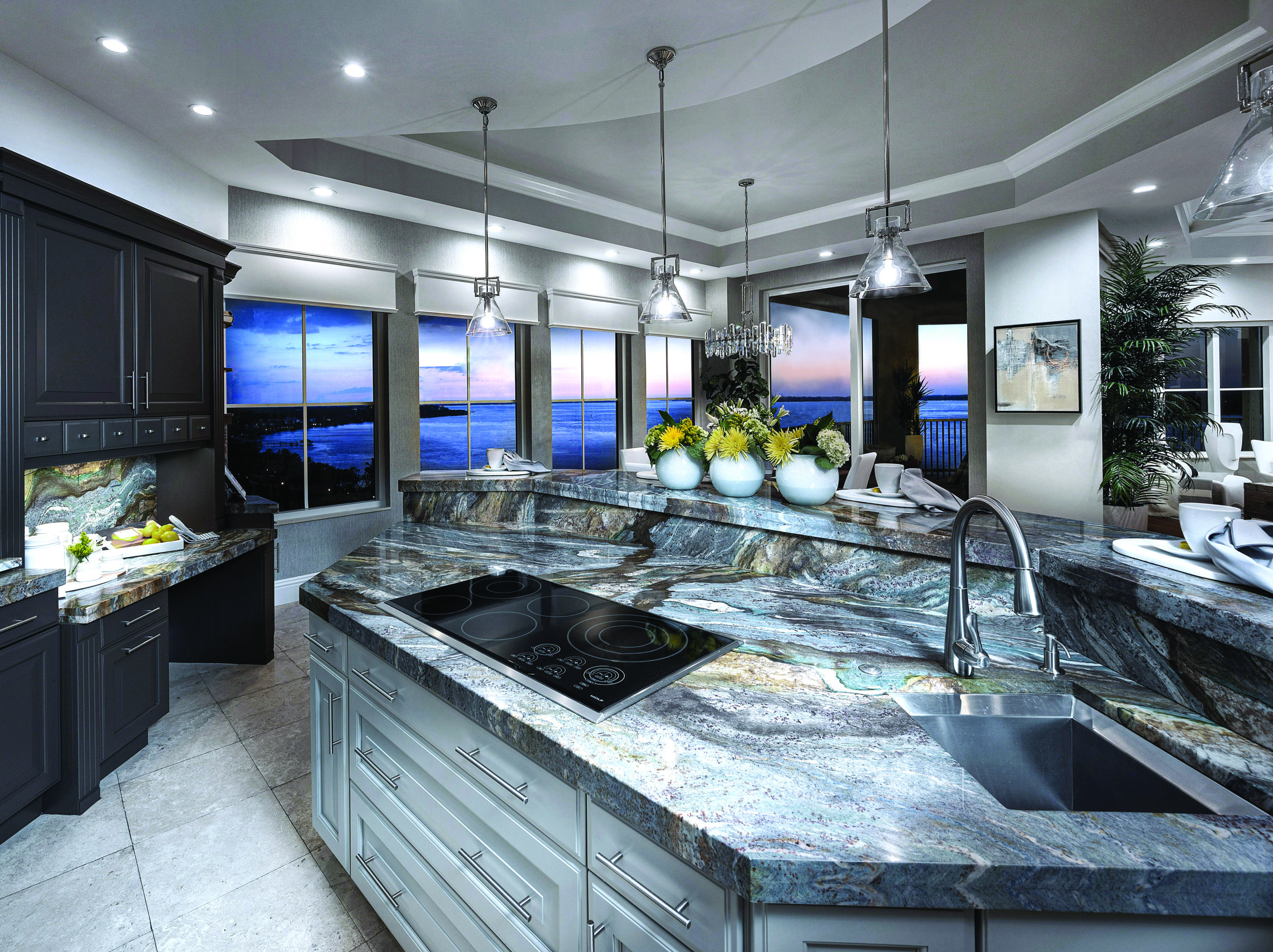 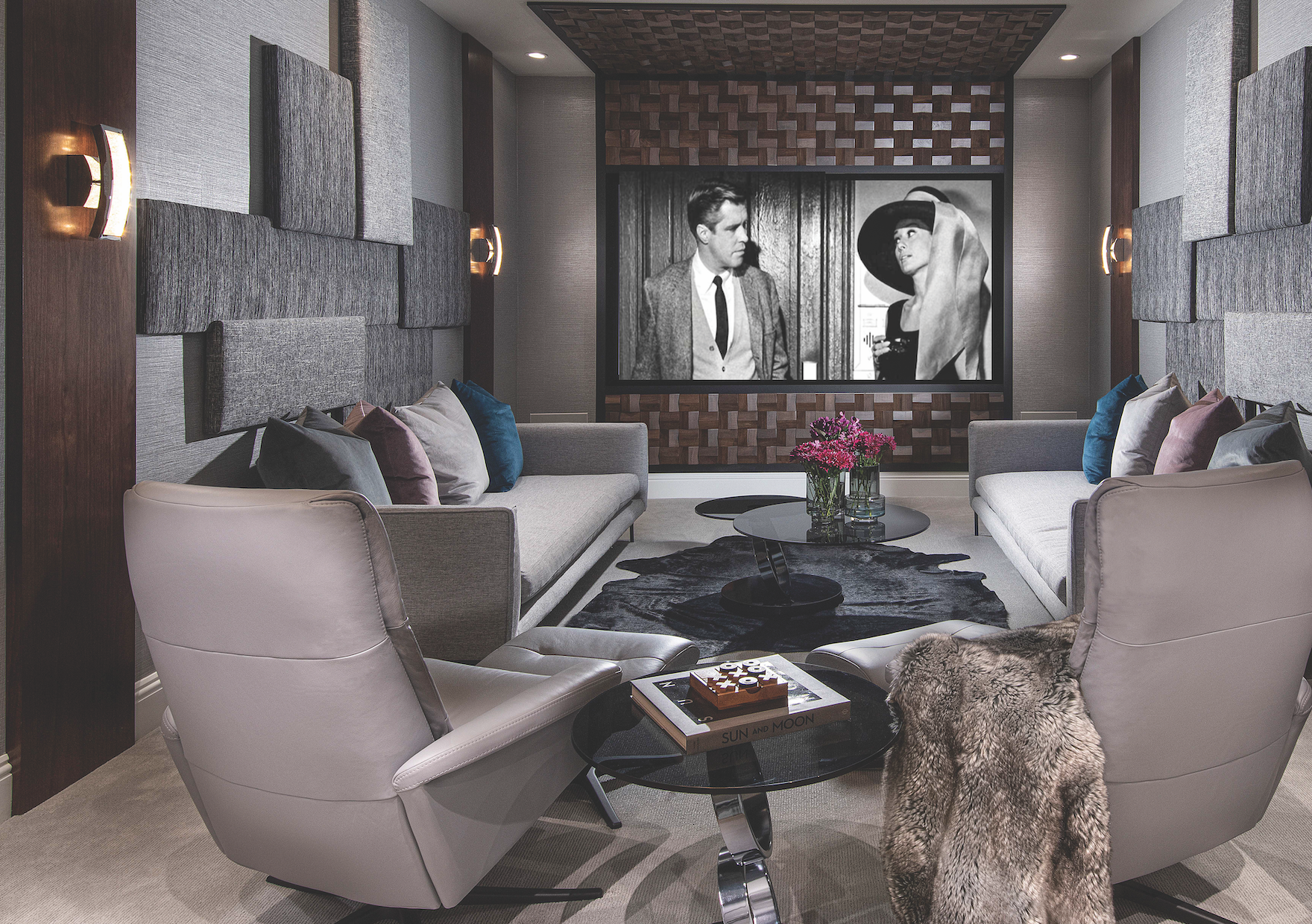 It was a revelation. Harwin couldn’t wait to see what else the designer had up her sleeve. Other than the painting of Marilyn Monroe, which he bought with his late wife at a charity auction, nothing was sacred. The Marilyn painting was reframed and now hangs beside the living room’s baby grand piano. Anything else that felt old-fashioned or dated—like the ’90s-era green-and-pink chaise lounge, heavy tufted sage-and-burgundy wall treatments, and table lamps with pleated shades—they got rid of, Fatemi says.

The look now is sleek, stylish and open. The 12-foot ceilings were updated with new molding trim and painted in three different shades, from gray to white, adding drama and depth. Low-profile seating throughout allows for greater views of the water. The enormous sectional (11 by 11 feet) is covered in a Nomad Slate performance fabric to hold up against the grandkids. Lighting throughout was upgraded to LED, and includes such standouts as a glamorous Crystorama Bolton Chandelier over the dining table and a modernist wagon wheel fixture from Arteriors in the living room. Floors in the living room and main bedroom were updated to Duchateau’s dark, rich Grande Savoy Baron wood flooring.

Fatemi overhauled the primary bedroom, too, adding a reading nook in front of a black walnut 3D wall panel (the feature repeats behind the room’s television), with LED trim lighting around the edges. Wallpaper in a horizontal pattern pulls the eye to the wide water views. “I love the master bedroom—even at night you can see the views,” Harwin says.

But the biggest changes took place in the theater. Previously, it was a bedroom filled with workout equipment. Fatemi removed walls from an adjoining bedroom, which created enough space for its new purpose. And since Harwin’s granddaughters love to visit, he asked that the sofas work double-duty as beds. Considering the narrow frame of the space, instead of pullout daybeds, they had custom mattresses designed that are a little bigger than twin beds.

The nook is already granddaughter-approved, as evidenced by a recent sleepover. Silver metallic wallpaper adds a glamorous shimmer when it meets the light of the Crushed Ice sconces from Elan, which are mounted on wood panels on the wall. The television screen hangs in front of another black walnut 3D feature wall that creeps onto the ceiling. But the best part of the space—at least as far as the kids are concerned—might be the snack bar with all manner of concession darlings: popcorn, candy and soda. It probably gets a lot of use during the NBA playoffs, too.