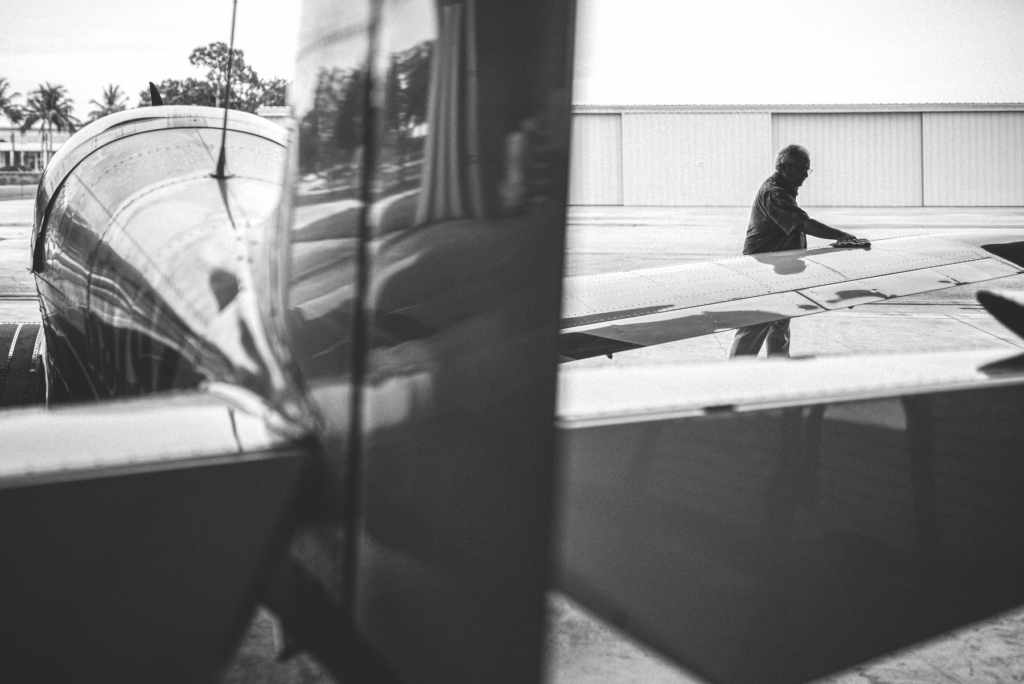 “It’s a bird! It’s a plane!” Despite its comic-book origins, that particular line is pretty on point when it comes to the skies of Southwest Florida. At any given moment, you might look up and catch sight of a Phenom 300 or a flock of ospreys and swallow-tailed kites. But every now and again, you’ll spot something a little out of the ordinary: the red, white and silver Sling 2 plane owned (and built) by Joan and Bob Zaleski.

Aircraft enthusiasts are drawn to our area thanks to the consistently clear weather and airports that charge minimal to no landing fees, but for the Zaleskis, flying is more than a mere hobby. During a popular wave in general aviation in the 1970s, Bob became an aircraft mechanic and a chief instructor at a flight school in Chicago. “I got my pilot’s license about a year after my driver’s license,” he says with a laugh.

Joan met Bob on her first day of work at the school; he was the instructor of her introductory ride-along. The couple stayed hooked on each other and aviation for the next four decades—Bob was a pilot for Ozark, Trans World Airlines and American Airlines, and Joan worked as an aviation insurance broker.

After retiring in 2014 and snagging a seasonal condo in Bonita Springs, the couple attended AirVenture, the annual Experimental Aircraft Association (EAA) air show held in Wisconsin. Drawing more than half a million aircraft enthusiasts from around the world each year, the event showcases thousands of planes and offers presentations and workshops throughout the week.

Although they’ve made the trip more than a few times before (Bob has attended nearly 50 times since childhood), one particular plane on display caught the couple’s attention that year: the Sling 2, a 21-foot, bullet-shaped aircraft manufactured in South Africa. And while it was only available as a kit, Bob was undeterred. “I’ve always had a hankering to build a plane. I’m also not intimidated because I’m an aircraft mechanic,” he says. He knew that some kit planes take up to five or six years to build, but he figured the Sling 2 would take half the time. Bonus: The two-seater plane also checked all the other must-have boxes. It was aesthetically pleasing, had a robust design and a fuel-efficient engine. “We decided right then and there,” Bob says, “let’s build an airplane!” 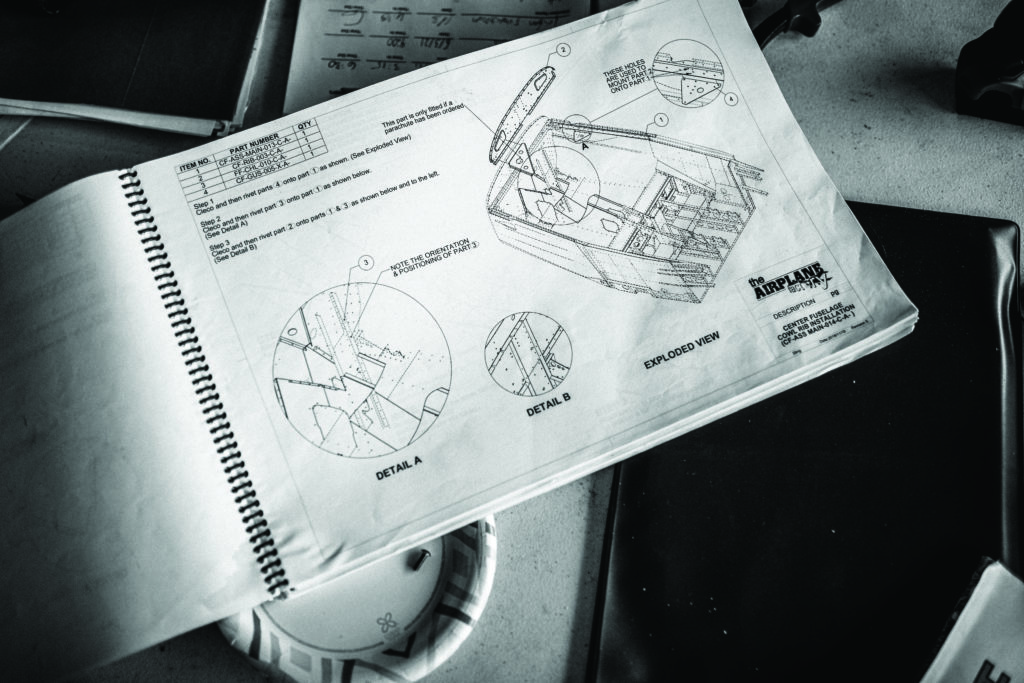 The couple flew into action. After a visit to the distributor in California, the Zaleskis put their Illinois home on the market, moved to Naples and had their first kit delivered to a hangar they rented at the Naples Airport. Because kit planes can run anywhere from $20,000 to more than $100,000 depending on the size and seating, the Zaleskis decided to purchase their plane in sections to spread out the building process. Starting with the tail kit, they committed to spending four days a week working on the plane. “We’d go out there at about 9 a.m.—take our dog and pack a lunch­—and we’d get home sometimes after dark,” Joan says.

Bob notes that the commitment to building the plane was more difficult than any of the labor. “Everything I’ve done on this kit, I’ve done sometime in my schooling as an aircraft mechanic,” he says. “It’s just maintaining that ‘Get up, get out there and finish it.’” Luckily, there were also plenty of folks willing to help. Driven by curiosity, pilots and local chapter members of the EAA tinkering with their own planes often wandered over to the Zaleskis’ open hangar to offer advice and a hand. “They started coming out and having lunch with us. It became part of the whole building process,” Joan says. “We built a lot of lasting friendships.”

Two years, four months and eight days after they started the project, the Zaleskis’ Sling 2 was completed and ready for inspection by a Federal Aviation Administration (FAA) representative. They also had to log 40 hours of flight time before carrying passengers. The Sling 2 aced both requirements. It’s equipped to fly with luggage nonstop for 10 hours at 130 miles per hour. “There are faster ones, for sure, but this one meets a nice balance of economy and utility,” Bob says. To date, he has logged more than 650 hours of flight time, jetting off for dinner in St. Petersburg one week and down to the Keys the next with his wife. And when essential travel became the only approved getaway last year, the couple simply started up their plane for socially distanced escapes to watch the sunset over Marco Island. “It was really a sanity saver for us,” Joan says. “It gave us a way to get out of the house and go do something.” 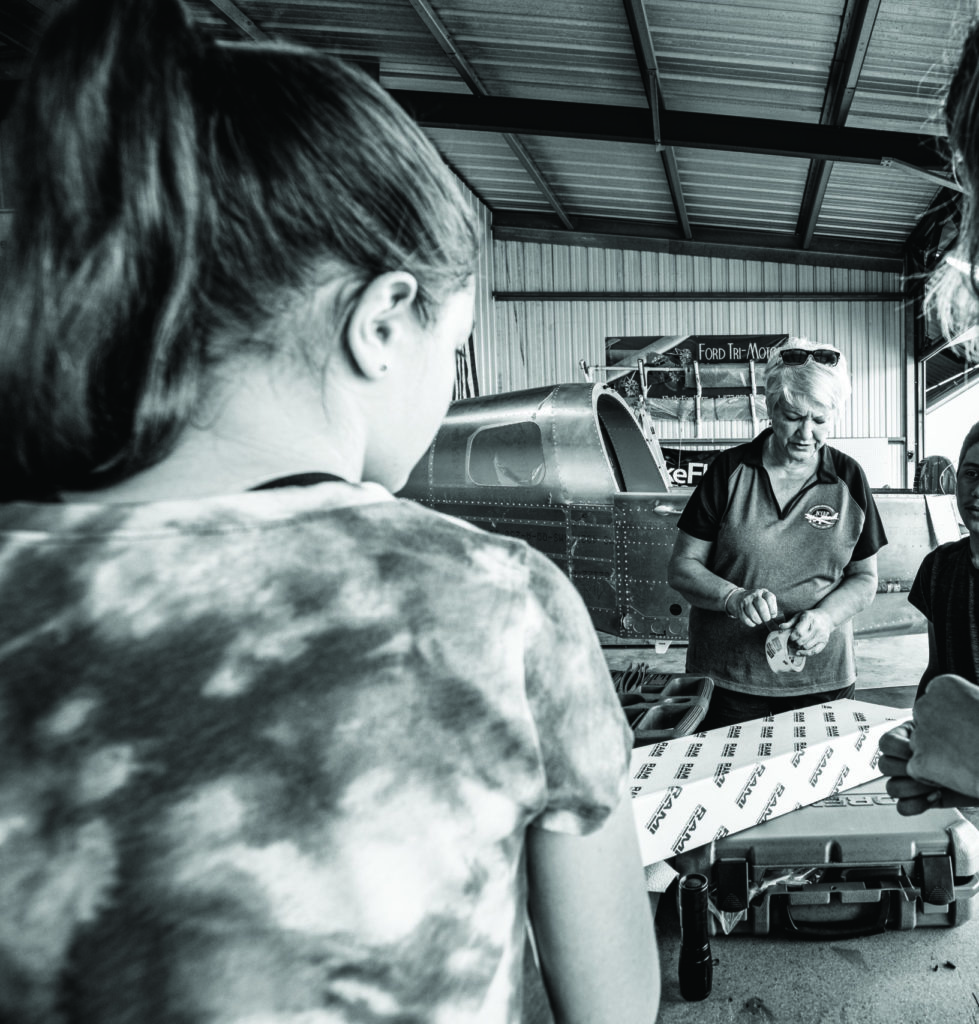 During the few hours they had to themselves when they weren’t building the plane, Joan assumed the role of EAA Naples chapter president, and Bob became a volunteer pilot for the group’s Young Eagles program, which offers enthusiasts ages 8 to 17 a free flight and a chance at the controls. The Zaleskis found themselves with a full roster each month and parents began asking for ideas for how their kids could become more involved. Eventually, Joan approached the airport’s executive director, Chris Rozansky. He agreed that creating a youth program aligned with the EAA mission and awarded the chapter a hangar at a reduced rate.

The Naples Youth Aviation Project (NYAP), a nonprofit with the goal of giving kids hands-on experience building an aircraft, took off from there. In 2019, they recruited 20 frequent Young Eagles rally attendees who expressed interest in careers as pilots, engineers and astronauts. Chapter members stepped in to sponsor monthly hangar costs and the tail kit of a second Sling 2 to kick off the first NYAP build session. Some members worried about how they’d raise the rest of the plane fees, but Joan took a “build it, and they’ll come” attitude and her boldness paid off. “Our members were just so generous; they would come by and watch the kids, and the next thing we know, they would give us a check for $5,000,” Joan says.

While tweens and high school students may seem like an unlikely bunch for putting a plane together, Joan says these kids come with serious levels of “stick-to-it-iveness.” Throughout the summer, they met for half days three times a week, and all day on Saturdays. EAA chapter members mentor the group, and the Zaleskis often roll out their own plane to demonstrate what the final product should look like. 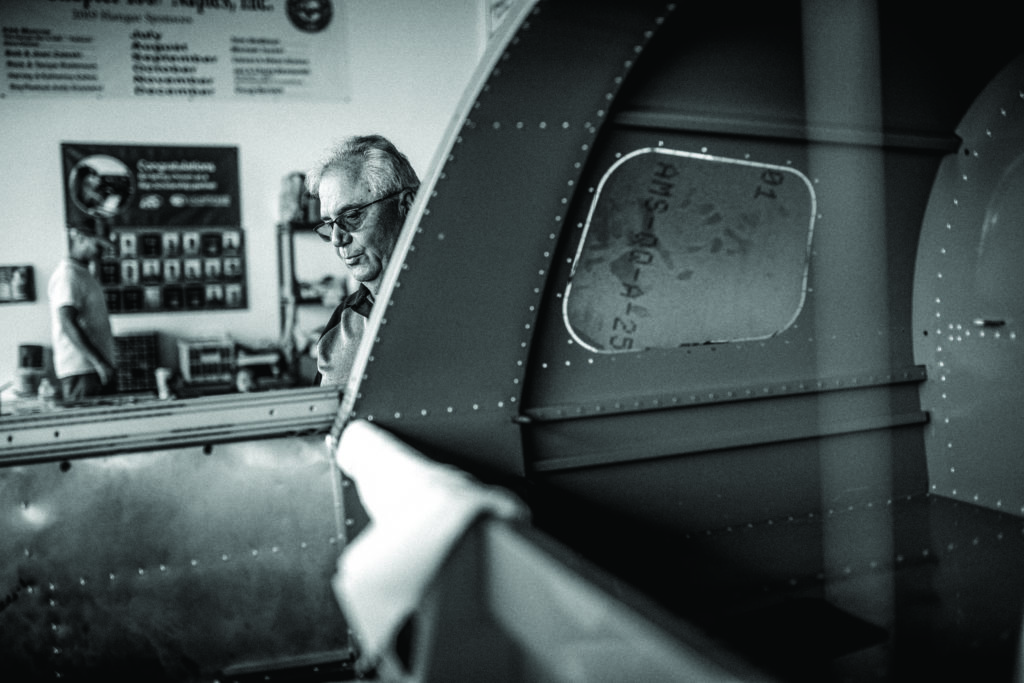 On an unexpectedly cool and breezy morning in April, the Zaleskis and their core group of 12 kids gathered in the hangar. The doors were propped open, and the original Sling 2 was parked out front, with the engine exposed. Under Bob’s watchful eye, the kids hovered above a large industrial work table, drawing a blueprint of the fuel system for the engine, an easier task after they’d analyzed the intricacies of the Zaleskis’ engine. The team practiced—and practiced patience—as they waited for a crucial piece to arrive that would finally allow them to mount the engine onto the plane.

At this point, the kids had worked on the plane for nearly two years—with a hiatus during the pandemic—and much of it was already complete. The tail and wings were carefully propped against the sides of the hangar for safekeeping, and the metal body sat square in the middle of the hangar next door. It was still missing the interior lining, the engine, canopy and control panel.

Clad in a custom gray-and-black NYAP T-shirt, Joan nodded approvingly at each of the kids as they discussed blueprints and practiced slicing a fuel hose. She motioned to a fundraising meter posted on the wall, and recalled one particularly memorable day at the hangar a few weeks earlier. A donor had stopped by and asked whether the group had acquired the engine yet. When he found out they hadn’t, he announced that he would be writing a check for $25,000 to cover the cost. “That was one of the best experiences these kids will take with them,” Joan says. “They’ll always remember how generous people were in supporting their project.”

The hard work paid off, too. The NYAP group will take to the skies in their self-built aircraft—the first and only Sling 2 to be completed by a youth program—this year. They also plan to embark on a trip to AirVenture later in the summer. The Sling Aircraft manufacturer has sponsored the group’s endeavor from the start, thanks to its history with the Zaleskis. The couple hope this project will help the kids establish imperative connections that will pay off down the road. “We hope that they will have the privilege of telling future employers and college admissions counselors that they built an airplane and flew it when they were just teenagers,” Joan says. 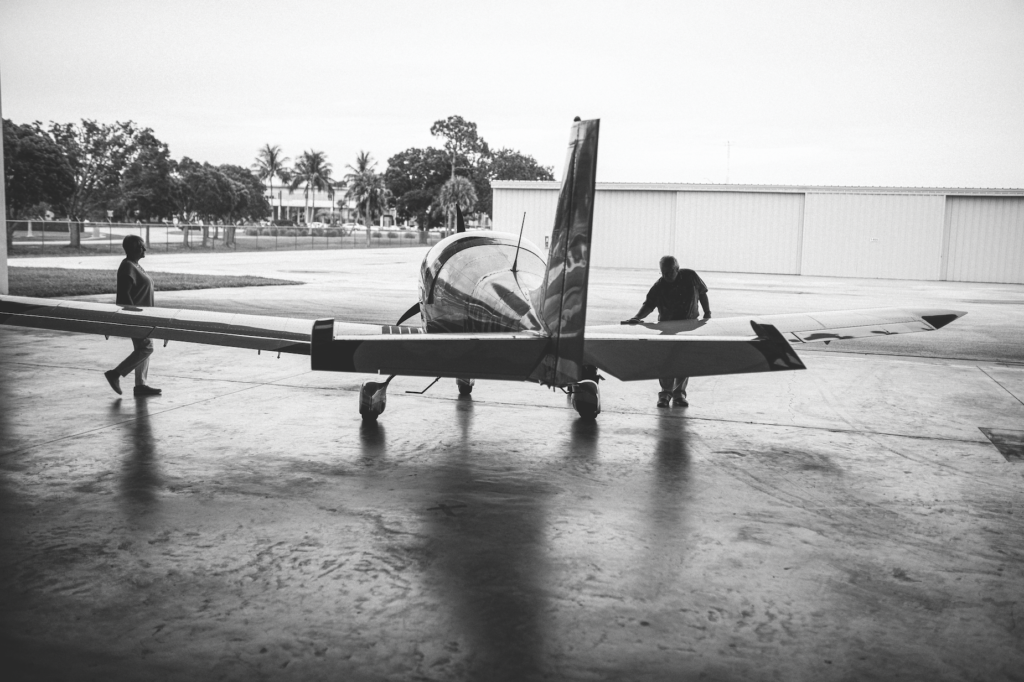 But this is far from a one-and-done endeavor. The Zaleskis plan to keep the momentum going by eventually selling the Sling 2 to fund the next build program, which already has a waiting list. Excess proceeds will go toward scholarships. “The big picture is we want the kids who stuck with it to benefit in the end, in some way, shape or form that furthers their aviation interest,” Joan says. “It could be a flying scholarship, a camp scholarship, a college tuition scholarship. It may not be huge, but it’ll be something.”