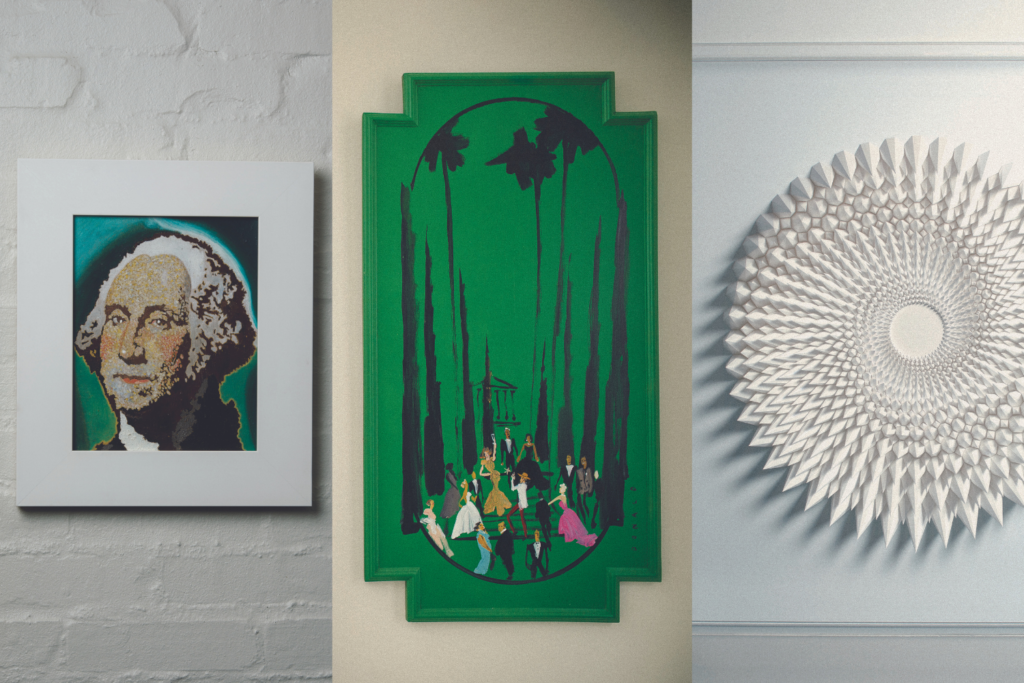 Everyone in the River District section of downtown Fort Myers knows Terry Tincher. There’s no mistaking the art dealer, collector and gallery owner thanks to his long white beard, black-painted fingernails and, often, funky eyeglasses. But he wasn’t always a groovy man about town. Growing up in a small Midwestern town, he was far more familiar with farming than fine art. But after enrolling at the University of Cincinnati, Tincher discovered his love for art and his attraction to the people who create it. “I found myself migrating to the art school and architectural school,” he says. “I felt like
my fellow students—and my teachers—were my people. Art became a passion.”

Today, Tincher curates a variety of mediums for collectors and galleries, but he says his personal taste veers to the classical. “I’m personally drawn to impressionistic, pointillism and early modernist works,” he explains. Tincher discovered Clark Fox’s work in the early ’80s when he was having his shoulder reconstructed by a surgeon in Washington, D.C. The procedure required several visits, leaving him time to explore the local art world. It was at the Museum of Contemporary Art, which Fox founded in 1992, where he would meet the man who would become one of his favorite painters and also a friend.

Before founding the museum, Fox had enjoyed quite a life. He grew up in Houston, protesting the Vietnam War, and later lived in Manhattan and hung out with the likes of Rauschenberg and Warhol. “I was drawn to Clark’s style immediately,” Tincher says. “He’s a modernist with a classical style—that’s why I think his work is included in the National Gallery in D.C. It’s in MoMA in New York, the Whitney Museum of American Art and so many others worldwide.” While the pieces on public display are impressive, Tincher’s favorite Clark Fox piece hangs in the entryway of his downtown condo. It’s a portrait of George Washington from a series of American presidents. The painting, simply titled George Washington, was purchased at a show at Fox’s museum in the early 1990s. “It makes me really happy every day that I see it,” Tincher says. “I attach art to people, and this one reminds me of Clark, who’s now in his late 80s, still making art, and who is just a magical human being.” —Stephanie Davis 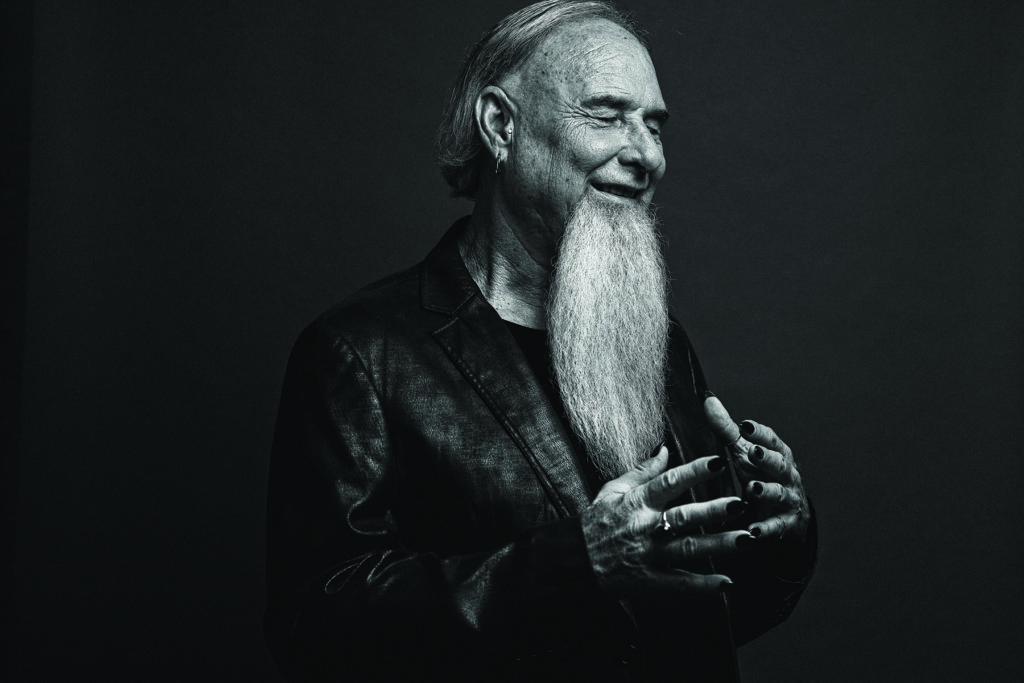 Growing up between Naples and Cape Cod, Nina Van Arsdale-Berg didn’t have to visit museums. She had front-row access to fine art at both of her grandmothers’ homes. “One grandmother was a bit more formal—all the good art was in the room where no one really went,” she says. “My other grandmother, Betty Van Arsdale, loved to teach us everything she knew. She had a green Karmann Ghia and a box of pastels in the back—she actually let us draw on the trunk. But she also exposed me early on to local artists, such as Paul Arsenault and Richard Segalman, and also the work of Albers, Giacometti, Man Ray and even the art of ikebana.”

Once Van Arsdale-Berg relocated to Los Angeles and began filling her walls with her own collection, her career in fashion informed her medium of choice. “I worked in a photo studio for nearly two decades with some of the most recognized talent in the world, and their work was insanely inspirational,” she explains. “I will always be drawn to photography. I recently procured a Warhol Polaroid of Grace Jones, which I have coveted for years.” But she was inspired to start diversifying after she took a job overseeing global communications for cosmetic brands Smashbox and GLAMGLOW. That’s where she met colleague Donald Robertson, who in addition to being an Estée Lauder executive is also a noted Instagram personality (@drawbertson) and artist in his own right. “It wasn’t until I met Donald that [my purchases] really started to get colorful,” she says. “I love a mix of mediums but most importantly, they all have meaning. There is not a piece on the wall that does not have a story behind it. I purchase art that brings a sense of happiness and sparks conversation.”

When Van Arsdale-Berg, husband, Daryl, and their 6-year-old decided to leave Los Angeles for Naples to be closer to family, she made sure to carve out a place of honor in the entry for a set of Robertson’s paintings that never fails to start conversations as soon as guests arrive. “I saw the pieces on his Instagram. He found these old panels and decided to paint them Kelly green with his version of a Slim Aarons-C.Z. Guest party in two different scenes,” she says. “I commented that they were my absolute favorite paintings he had ever created.” Not only did Robertson like her comment, he rewarded her with a rapid reply. “He texted and said they were mine but not to open the boxes until I arrived in Naples. When it was time to unbox them, I discovered he had written ‘Friends for Life’ on the back.” —Laura Kostelny 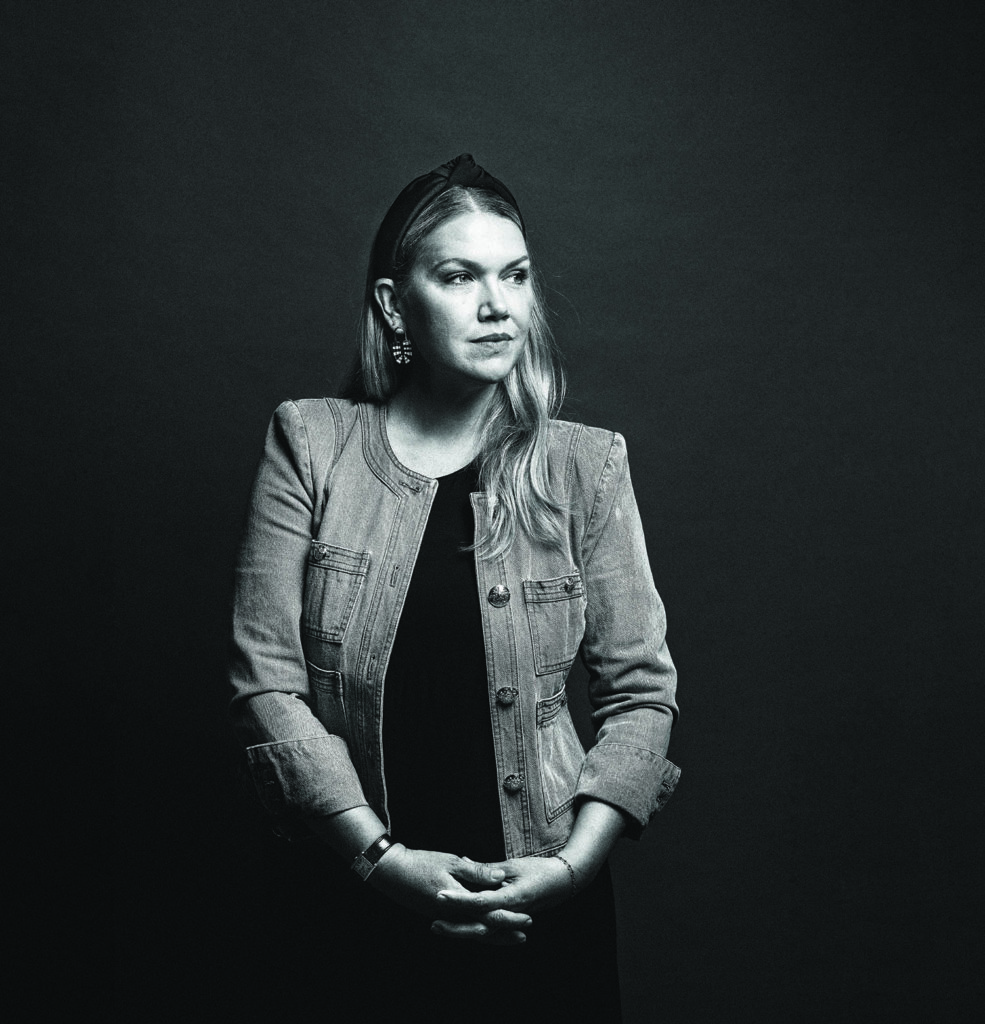 Should you happen to see Amy Jensen at a party, try to snag the seat right beside her. Not only will you leave the event a little smarter, you’ll also be compelled to add the work of five or six up-and-coming artists to your collection. As the general manager of METHOD & CONCEPT, the Naples gallery where her husband Chad is a founding director, Jensen has made it her business to share her passion for emerging artists all day, every day. “I love working with creatives and supporting creatives,” she says. “If I believe in their work and their mission, nothing can stop me.”

The native Canadian has had a love for all kinds of art—traditional, performance, conceptual—since childhood. She studied sculpture, painting, drawing and singing in Montreal and in Detroit, where she and her friends regularly took in plays, toured museums and attended art openings. “I came to realize that what really drove me was underculture—the undiscovered,” Jensen says. “I love contemporary artists who are seeking something new. They’re often messengers, trying to connect the past and the future.”

Now in Naples, in addition to helping run the gallery, she also serves as the art program coordinator at Youth Haven of Southwest Florida, a sanctuary for abused and homeless youth, where she champions the power of contemporary art to kids and the community at large.

While Jensen can hardly contain her enthusiasm to a single artist or sole piece of art, she is currently excited about Unholy 214. The sculptural piece, crafted from paper by artist Matthew Shlian, is currently on display at METHOD & CONCEPT. “There are so many layers to Matt’s work. Materiality is what draws me in,” she explains. “And there’s so much humility to Matt—he introduces himself with, ‘I play with paper.’” She has known the artist for years—Chad and Shlian attended art school together—and he has made several trips to Naples, including an appearance at a show at the gallery last spring. Jensen says looking at the work can be quite emotional, but that doesn’t mean it’s heavy. “Just knowing Matt, his process, his generosity—his devotion to science and art and building bridges—his art can move so many things forward if people take time with it. But there’s a real playfulness there. It’s open-ended for the viewer.” —L.K. 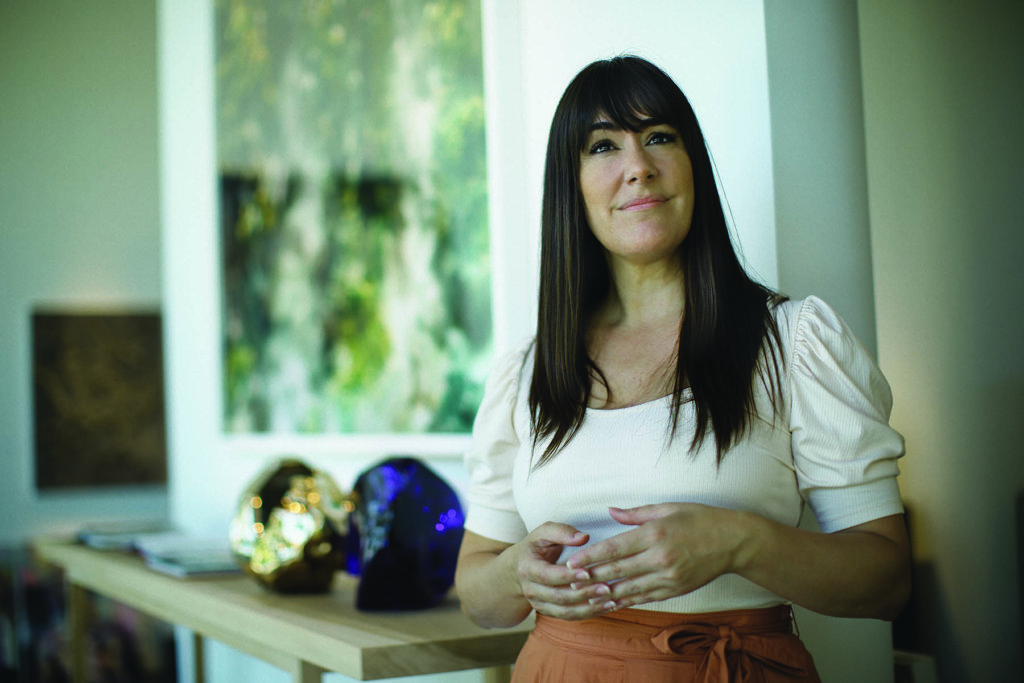