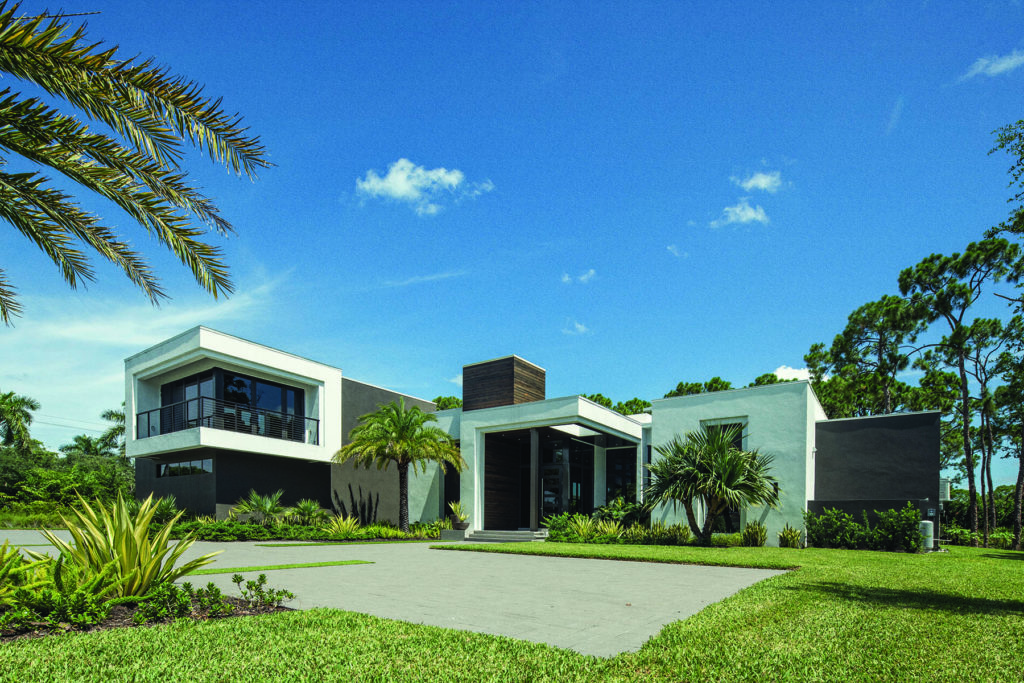 It’s no secret that most homeowners struggle with decision-making during renovation and construction projects. To combat that, architect John Cooney of Stofft Cooney Architects has devised a wish list form to keep potential clients on track from the get-go. For years, he’s used his curated set of questions to formulate various styles that suit a clients’ wants and needs. But Thais (pronounced Ty-eese) and Roberto Alcalay beat him to the punch when the couple handed him a thick folder filled with detailed descriptions of each room: doors, ceiling, baseboard heights, surfaces—even the plumbing. “It took me by surprise,” Cooney says. “They had been researching their dream home for many, many years.” Thais showed up with an even bigger folder when she met with Scott McConnelee of BUILD, a construction company well-known for crafting luxury modern homes. Her notes for the builder were even more detailed. Architect and builder agree that the results speak for themselves.

It helped that Thais is a professional interior designer. She and her husband relocated to the United States from Brazil in 2004 and moved to Fort Myers in 2007. When their son went away to college, they decided to make the move to Naples and began looking for a modern home in the area—a style of architecture the couple, who relocated and went through the homebuying process several times since they moved to the U.S., had been gravitating toward. They likened the process to looking for the proverbial needle in a haystack.

Their search yielded but one bright spot—they were introduced to the work of Stofft Cooney. The couple already half expected that when they settled down, they would have to build exactly what they wanted, and the Naples-based architectural firm turned out to be the right one for the job. “When you choose the style of your house, it has to do with you, your life, your experience—it has to have a connection with you,” Thais says. “The house we had in Brazil was French, and completely different from what we’ve had here. But we loved that back then, 30 years ago. But this house reflects how we are living now.”

What that means at present is a 5,500-square-foot, four-bedroom (plus office), five-and-a-half-bathroom Pine Ridge Estates home with soaring ceilings and a style that leans modern without being stark or cold. The Alcalays didn’t want their home to be a series of simple squares and angles. They prefer movement, which Cooney more than delivered on with cubes, cantilevers, voids, windows and solid walls. “Once we had the geometry and the massing down, we incorporated different textures and colors,” Cooney says. “Stucco, wood, etcetera. It’s a matter of juxtaposition of materials that makes this fun.” Thais adds, “We wanted it to be interesting, so you could look at it and find different things. Even though Naples is a beach city, we didn’t want a beach house.”

While the exterior appears to be a series of layered cubes, inside it is remarkably open and free flowing. Main common areas are differentiated by ceiling details, lighting and box beams. And though Roberto asked for something darker in his office, Thais kept the same flooring throughout the rest of the home, a grayish tile (METAL.IT by Emil Group) that’s inspired by brushed steel (prescratched, if you will). The tile was even used for the baseboards. “It goes with everything,” Thais says. 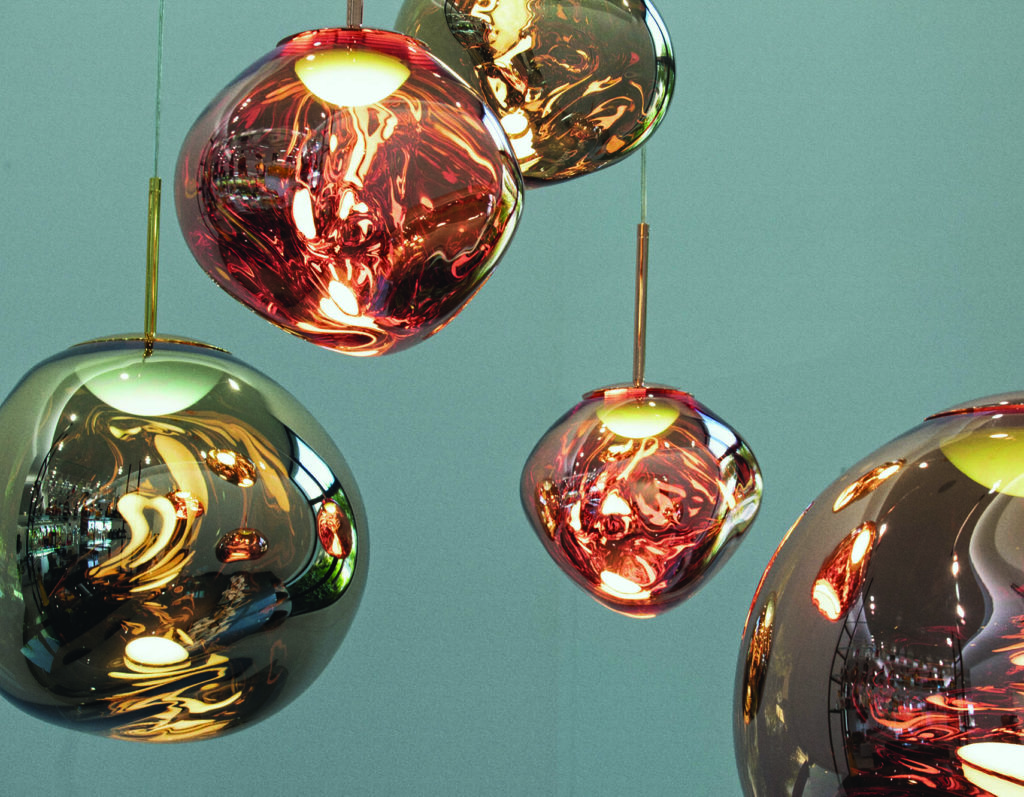 She’s not wrong. The neutral palette of the flooring allows the mostly Italian and Brazilian furniture and thoughtful details throughout to shine. In the great room, the star is a fabulous feature wall that rises 14 feet into the air, disappearing behind a floating ceiling. The Alcalays wanted to use a huge piece of quartz, but it would have been far too heavy. Thais found Italian tile slabs that mimic marble, and the entire wall is made up of just six tiles. An LED shaft runs the full perimeter of the wall, again designed by Thais. “She has a good concept of space,” Cooney says. “The heights are proportional to the space. The great room is a pretty large room, and so it could handle the 14-foot pop-up ceiling.”

Cooney also made it his mission to create interiors that capitalized on the exteriors. Three of the four bedrooms, have a view of the pool and its pavilion, which features an outdoor kitchen. Twelve-foot-high sliders offer big views of the pool in the great room, which also opens to an intimate conversation area featuring four Désirée Ego swivel chairs beneath a trio of copper Tom Dixon pendants.

The sleek kitchen features a mix of cabinet heights, surfaces and tones. Painted wood cabinets launch skyward as they envelop the Dacor Black Series wall oven and refrigerator/freezer. Nearby, the cabinets continue under the counters to allow for stretches of glass in front of the stove and prep area, looking out to the pool and an exterior feature wall finished in 3D tile. Meanwhile, the main island is wrapped in painted wood and features a large sink with two faucets, and a second island for seating takes waterfall edges to the next level as the Pompeii quartz wraps even around the floor. BUILD created the slab to accommodate the surface to perfectly match the surrounding flooring.

Not surprisingly, clean lines continue into the primary suite. A padded gray headboard slides beyond the bed to the right, while to the left, a vertical grooved wood panel continues to the ceiling. The bathroom features lighted river stone beneath a floating vanity. “It’s a terrific look,” McConnelee says. “Your feet do not touch the rock, but if you look, you see multiple types of rocks in varying sizes that are illuminated by under-cabinet lighting.”

Now that construction is complete, the architect says he has to give a special nod to one client must-have—although this particular request was not on Thais’ original list. “Roberto specifically wanted the space above the garage outfitted with a workspace,” Cooney says. “It’s a one-story house and all of a sudden, I have to add a two-story feature on the front. But we turned lemons into lemonade by cantilevering it and popping it out.” He credits the overstuffed folder as the greatest challenge and the greatest triumph of the entire project.