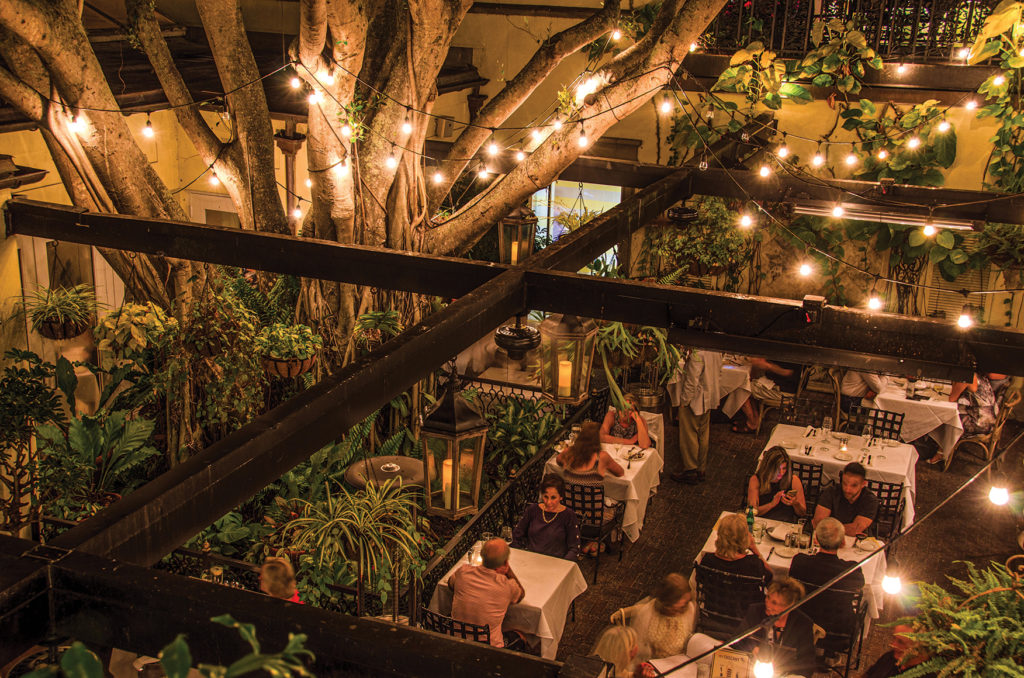 Naples’ Third Street South has some of the region’s buzziest restaurants, including Campiello (above), with its romantic courtyard, and modern steakhouse The Continental (pictured below). (Courtesy Campiello)

If you’re in the mood for elevated cuisine in a setting that’s just as stunning, you have plenty of options. Get your bearings along Naples’ happening Third Street South, where you can sample a number of downtown’s top dining experiences. Campiello Ristorante & Bar sits in a historic, three-story building with indoor and balcony seating, plus an open-air courtyard that really comes to life as evening sets in. Nearby, The Continental is a feast for the eyes (and palate) thanks to its flowery courtyard, Prime cuts of beef and gorgeous cocktails. Also on Third Street South, Sea Salt and Barbatella are sister restaurants that excel in Italian and Mediterranean fare, from oysters and fine steaks to inventive pizza and gelato.

On Fifth Avenue South, Sails Restaurant is as stunning as they come, with its private wine cellar, natural-light-filled main dining area and marble, hull-shaped bar. At the intersection of Fifth Avenue and Third Street, Veranda E tucks into a lush, historic poolside setting at boutique Hotel Escalante. The romantic fairy lights and surrounding palms add plenty of ambiance to the local- and Asian-influenced cuisine being served under the stars. Some of Naples’ best sidewalk restaurants also line Fifth, including The French Brasserie Rustique, where chef Vincenzo Betulia transports you to a Parisian brasserie, and his hotspot Italian gastropub, Bar Tulia.

For Provençal French cuisine in a charming cottage setting near the Gulf, Bleu Provence delights with its Wine Spectator Grand Award-winning wine list and flair for layered textures and flavors. A couple blocks from the Fifth Avenue bustle, Seventh South Craft Food + Drink sits in a bougainvillea-framed courtyard with a modern interior.

Away from downtown, The Cave Bistro & Wine Bar feels like you’ve stepped into a modern interpretation of a medieval wine cellar. While the inside looks like a sumptuous cigar lounge, we recommend taking your glass out on the patio to enjoy the balmy Naples night. Another favorite for wine is Angelina’s Ristorante, a fine dining Italian gem in Bonita Springs with a wine tower containing more than 4,000 bottles from around the world.