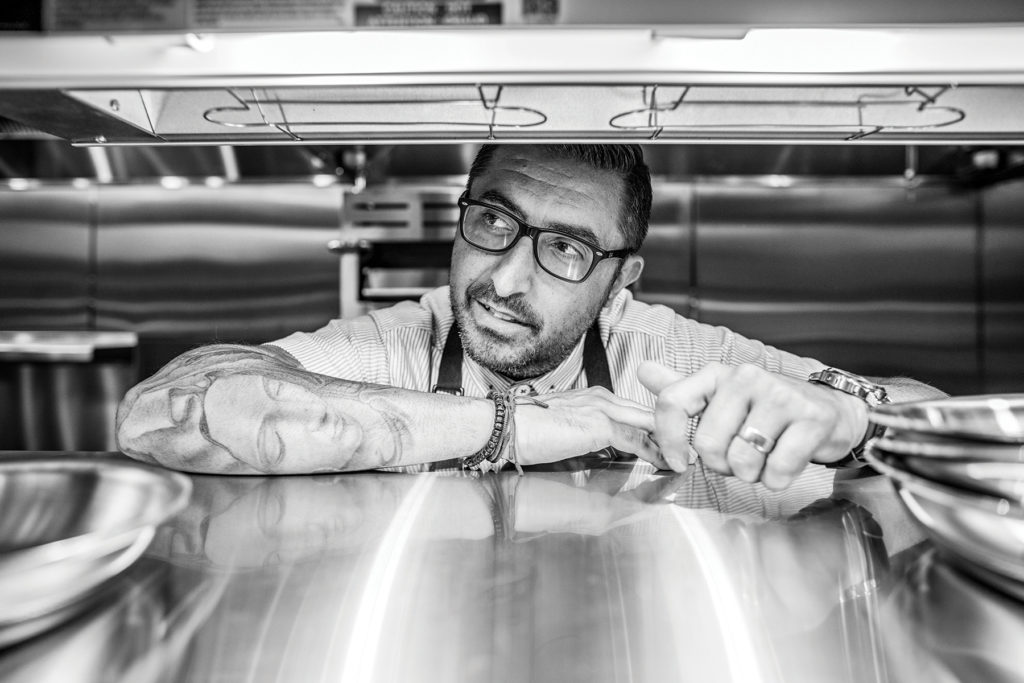 It takes talent to create a vibrant food scene, and this region has attracted some of the finest, like longtime heavy-hitters Fabrizio Aielli (Sea Salt, Barbatella, Dorona and Grappino) and Vincenzo Betulia (Osteria Tulia, Bar Tulia and The French Brasserie Rustique). And, the region has seen a strong crop of new chefs on the rise.

In East Naples, Asif Syed of 21 Spices, for instance, has made a name for himself not just in the kitchen of his modern Indian restaurant, but also on the Food Network, where he achieved what the Beat Bobby Flay series challenges. His reputation soared once more when he was invited to cook at the James Beard House in New York in 2019.

The new Hyde N Chic Restaurant has propelled Andy Hyde from one of Naples’ most in-demand caterers to a restaurateur and personality extraordinaire. His tiny locale in Naples is the singular tasting-menu-only restaurant in town, and every dish is better than the next. A little further uptown, Jeff Mitchell—while not new to the scene—continues to set high standards for fresh and sustainable dining at The Local. Chef Adam Nardis and bartender Barry Larkin are following a similar local-centric ethos at the newer Seventh South Craft Food + Drink downtown. Nardis brokered his reputation for artful cuisine at M Waterfront Grille before opening the new enterprise.

Our region’s reputation as a breeding ground for superb culinary talent is also spreading beyond Naples to Bonita Springs, Fort Myers and Sanibel. In Bonita, executive chef Ryan Fredstrom has made Angelina’s Ristorante a legend among wine and food lovers. A protégé of Miami’s Jeff McInnis (of Yardbird Southern Table & Bar and Stiltsville Fish Bar), Fredstrom spent time at the award-winning Bourbon Steak at the Four Seasons Hotel Washington, D.C., before making his mark in Southwest Florida.

In Fort Myers, Harold Balink cooked for years at some of the city’s best eateries—like Cru and his eponymous Harold’s on Bay—before he opened Harold’s in South Fort Myers in 2015. In the intimate, out-of-the-mainstream location, Balink crafts a menu of perfectly executed classic and inventive dishes. When talking about creativity, few chefs go to quite the same lengths as another Cru alum, Bob Boye. The young chef reinvents small-plate dining at his modern American restaurant, Liberty, with fare that showcases local and expertly sourced products and playful preparations (think dehydrated scallop chips and wagyu beef tartare with deviled egg pâté).

On the islands, Melissa Donahue’s name rises to the top of the list of high-achieving chefs. The first James Beard Foundation Award nominee in the area, Donahue—who cut her teeth at Manhattan’s Union Square Café and John Besh’s August in New Orleans—operates Sanibel Island’s 12-year-old Sweet Melissa’s Cafe, which blends flavors from Florida and New Orleans.