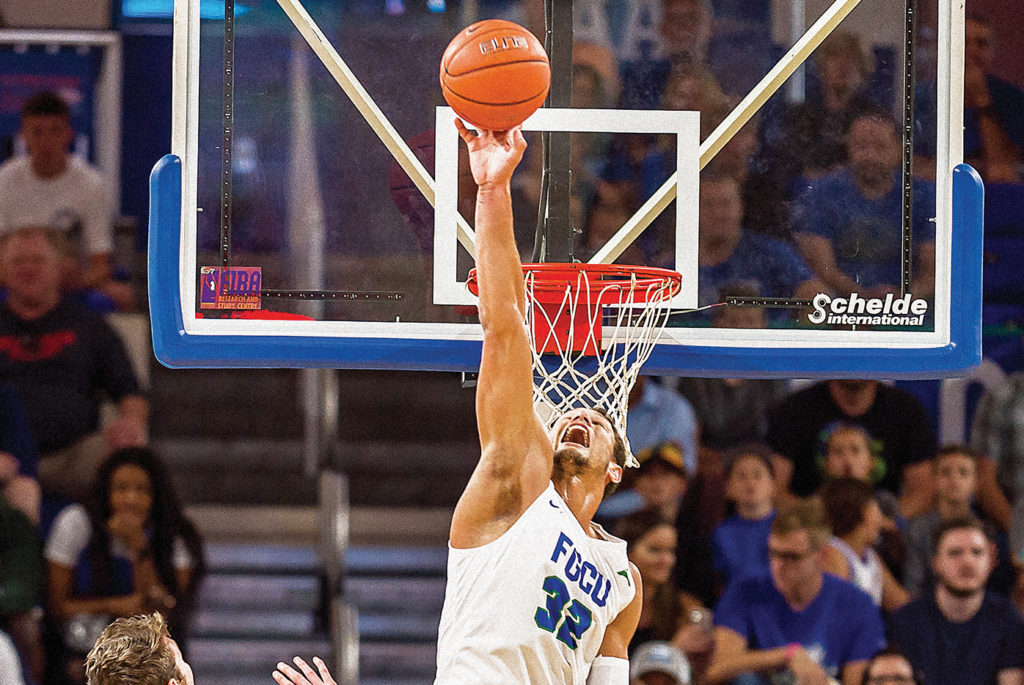 Eight years ago, the term “Dunk City” earned a permanent place on the March Madness map. And with it, Florida Gulf Coast University became an official college basketball destination.

The then-fledgling Fort Myers school became the first No. 15 seed in NCAA men’s tournament history to win two games—beating No. 2 seed Georgetown and No. 7 San Diego State—and reach the “Sweet 16” round of the annual event. The Eagles subsequently returned to the NCAA tournament in 2016 and 2017 and reached the National Invitation Tournament in 2014 and 2018. Two players have reached the NBA, playing for the Atlanta Hawks and the Philadelphia 76ers.

The Florida Gulf Coast Eagles compete as a member of the 12-team ASUN Conference, hosting its home games at the on-campus Alico Arena. The 2021-2022 season runs from early November to March, extending into April when teams advance to the NCAA Tournament. Both the men’s and women’s teams are expected to play 30 regular season games, with half of those taking place at the campus arena. Visitors are urged to grab tickets for two highly anticipated games this season: the women’s first home game, a don’t-miss matchup between the Eagles and Princeton Tigers; and on November 16, the men’s team will host the USC Trojans in a special event featuring the reunion of the Dunk City team and their induction into the new FGCU Athletics Hall of Fame.