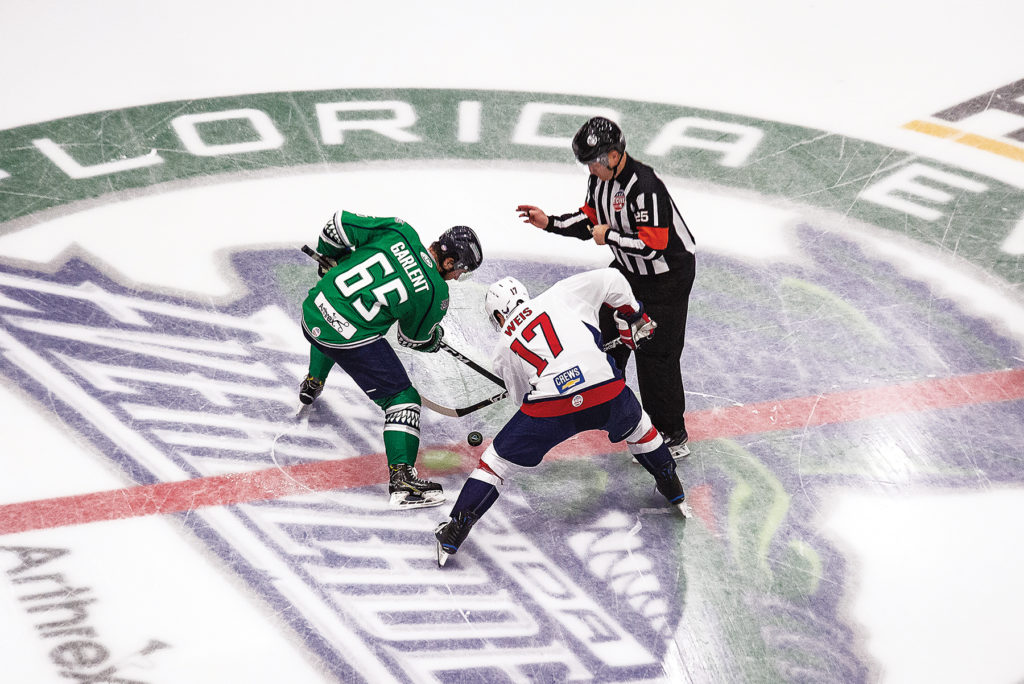 OK, we’ll concede—many locals might not know a hockey stick from a pogo stick. But for those who do—and for others who’ve arrived in the Sunshine State from places where pucks, pads and hat tricks are a thing—the coolest game on ice has a thriving home here.

Founded in 1998, the Florida Everblades of the East Coast Hockey League (ECHL)—one of professional hockey’s most successful minor leagues—play its home games at the recently renamed Hertz Arena in Estero, which holds more than 7,000 fans. The Everblades is affiliated with both the Nashville Predators of the National Hockey League (NHL) and the Milwaukee Admirals of the American Hockey League. It has been among the most consistently successful teams in the ECHL—missing the playoffs just once in team history—reaching the league championship series four times and winning the Kelly Cup as the league’s top team in 2012. The Everblades has also claimed the Brabham Cup four times for posting the ECHL’s best regular-season record and captured seven division titles.

More than 30 players have reached the National Hockey League (NHL )after playing for the Everblades, and the organization has developed one of the league’s most enthusiastic fan bases—finishing among the ECHL’s top five in attendance in 14 of 21 seasons and leading the league five times. The 2021-2022 regular season (consisting of 72 games, 36 of which are at home) kicks off Oct. 23 at Hertz Arena against the Jacksonville Icemen and concludes April 16, 2022 against the Atlanta Gladiators.