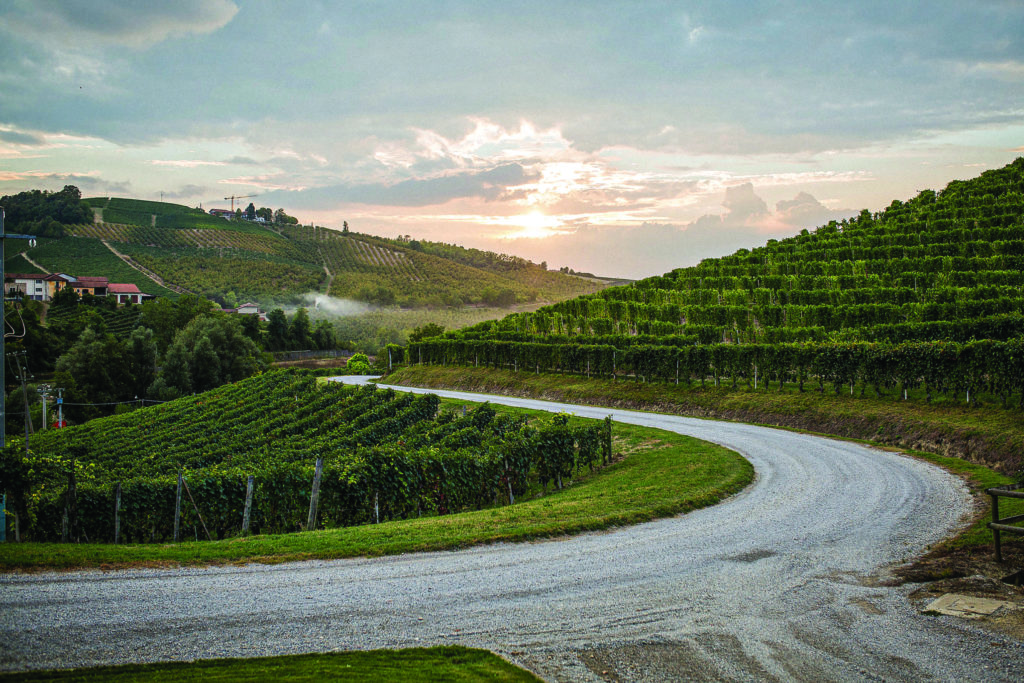 The Wine Merchant has been a fixture in Naples for more than 25 years, due in part to Charleen Bridgett—who took ownership 16 years ago—and has a penchant for hard-to-define selections. “I just know good wine,” she says, simply, to explain her buying philosophy.

In choosing wines to fill her shelves, big names don’t necessarily indicate quality, and Bridgett finds herself gravitating to small and independent producers, like her current top-of-mind wine: the Marchesi di Grésy Gaiun Martinenga Barbaresco DOCG from Langhe in Italy’s Piedmont region. “It’s a wine with multiple personalities,” she says. “It’s earthy, yet still bright and fruity. It goes back and forth with so many different dimensions. It leaves you wanting more and ignites your senses.”

Nebbiolo, the backbone of Barbaresco, is an alluring but elusive grape, and Alberto di Grésy of Marchesi di Grésy has been chasing it for his entire career. At the heart of the family’s four-property estate is Martinenga—the only monopole, or single-family-owned vineyard, in Barbaresco—which has been in the family since 1797. The amphitheater-shaped vineyard, with variating terroir and differences in exposures, produces numerous expressions of nebbiolo, which change depending on where the grape is grown on the property.

For many years, during which the family sold most of its grapes to other wineries, these nuances were not taken into account during cultivation. It wasn’t until Alberto took over in the early 1970s that a shift in thinking took place. His first vintage, in 1973, aimed to define Martinenga as a wine in its own right. Marchesi di Grésy now produces only estate wines, sourcing exclusively from the family’s 96 acres of vineyards. In 2013, tutelage of the estate transitioned to Alberto’s daughter Ludovica and son Alessandro, although Alberto remains heavily involved.

As he laid the framework for his new era of Marchesi di Grésy wines, it was Martinenga that continued to intrigue Alberto. He soon noticed nebbiolo reacted differently in different parts of the vineyard, which led to experiments with site-specific bottlings. First came Camp Gros in 1978, with its south-southwest exposure, followed by Gaiun and its southern exposure in 1982. Both have since been recognized as the upper echelon of Barbaresco. His experiments also led to new discoveries about the various clones and rootstocks which coexist in Martinenga. These, combined with the altitude, exposure and soils, make the monopole an endless playground of possibilities.

Martinenga’s different expressions of nebbiolo require varying vinification and aging regimens, even though the grapes are cultivated mere meters apart. Gaiun, from a 5.6-acre plot, ages for two years in barriques (small barrels, also known as Bordeaux barrels) of first and second passage oak, followed by additional time in bottle before release. Camp Gros spends a similar length of time in barriques, followed by another 12 to 18 months in Slovenian oak. While Ludovica says you “feel more shoulders” with Camp Gros, her eyes light up when talking about Gaiun, making it clear that she, like Bridgett, favors the wine. Ludovica, too, finds it mysterious, a wine that feels complete and evolved due to the aging in barrique, but still holds potential for so much more as the years go on.

Even with different approaches to aging, for these wines it all comes back to the vineyard. From the beginning, Ludovica says, her father wanted to create what she has since coined a “no-ego” wine, allowing Martinenga and all its different permutations to speak for themselves without the winemaker’s voice overshadowing the terroir. “If you have a good vineyard, you don’t need to push too much in the cellar,” she explains.

As Europe reopens to tourism, the family is eager to share their wines in an intimate way. Dai Grésy, a clean-lined bed and breakfast, debuted in 2019 at the vineyard.

Building upon Alberto’s work, the family has planted an experimental site within Martinenga, and they’ve partnered with a team of agronomists and oenologists from the National Research Council of Italy to monitor 11 clones of nebbiolo to better understand how they respond to different environmental stimuli and climate.

With the next generation committed to following Alberto’s vision of crafting elegant wines, the di Grésy family continues its pursuit of understanding nebbiolo and its heart, Martinenga.