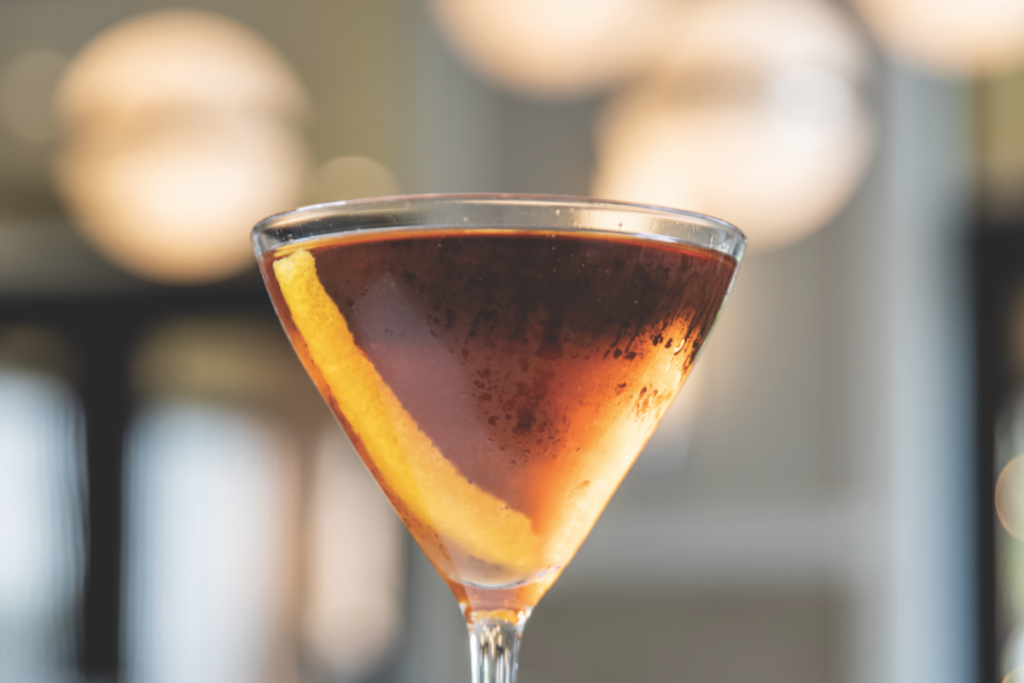 The stirring technique—12 times to the left and 12 times to the right—is part of the magic for Ziggy’s Room with a Vieux. (Photography by Zach Stovall)

If you’ve met Naples restaurateur Richard D’Amico (the man behind Campiello and The Continental), you’ve likely met Ziggy, his bushy-browed border collie, too. “He was a very social dog. He wanted to run around town and say ‘Hi’ to everybody,” general manager Beau Harris says. The pooch’s passing last year inspired the restaurateur to rebrand his longstanding D’Amico & Sons restaurant in the Neapolitan Way Shopping Center as Ziggy D’Amico’s Whiskey Bar & Diner. He renovated the space to include a full bar, contemporary interiors and increased patio seating for up to 100—with a vibe that honors Ziggy’s playful nature. “It’s a place to come and enjoy yourself,” Harris says. “The food is seriously good, but not serious.”

Harris, a certified sommelier from Denver, Colorado, moved to Naples last October to help bring D’Amico’s vision to life. Building the bar program was a key priority. A diverse, 32-bottle whiskey list includes selections from Tennessee and Kentucky bourbons, as well as global whiskies from Ireland, Scotland and Japan. “To educate guests, we separated them by region on the menu,” he says. Connoisseurs can try them alone, or in Whiskey Fights. Harris created the offering—a head-to-head comparison of two whiskies—as an alternative to flights, which he thinks have the tendency to overwhelm the palate and overserve the guest. “With this, you can try them by themselves, with ice, with lemon or orange zest,” he says. “It’s a choose-your-own adventure.”

The cocktail list was irreverently crafted, as well. “It’s a narrative. They all have fun names and descriptions, with a little bit of history mixed in,” Harris explains. One cocktail stands out, not just for its pithy moniker, but for its top-shelf ingredients: the New Orleans-inspired Room With a Vieux. Based on the classic Vieux Carré, the balanced blend of seven spirits and liqueurs is always stirred—12 times delicately to the left and 12 times to the right—never shaken.

Rye whiskey bites in the first sip, easing into floral and stone-fruit aromas from the Cognac. “It’s earthy and spicy but also has a nice, grounded sweetness. It’s a little bitter, too. In a sip, it rolls through all the flavors,” says Harris, noting the herbal qualities of the Bénédictine and the subtly sweet finish from Giffard Vanille de Madagascar liqueur. A final garnish of lemon peel adds essential brightness to balance the deep, rich spirits.

Harris finds the cocktail is best enjoyed before or after your meal, but it also pairs well with salty charcuterie. And it’s great to make in large batches. “I’ve taken it to parties a bunch of times—it’s more interesting than a bottle of wine,” Harris says. “If you want something after dinner, you can open it up and everyone can enjoy it together.”

Room With a Vieux 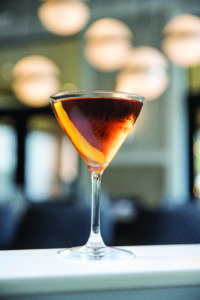 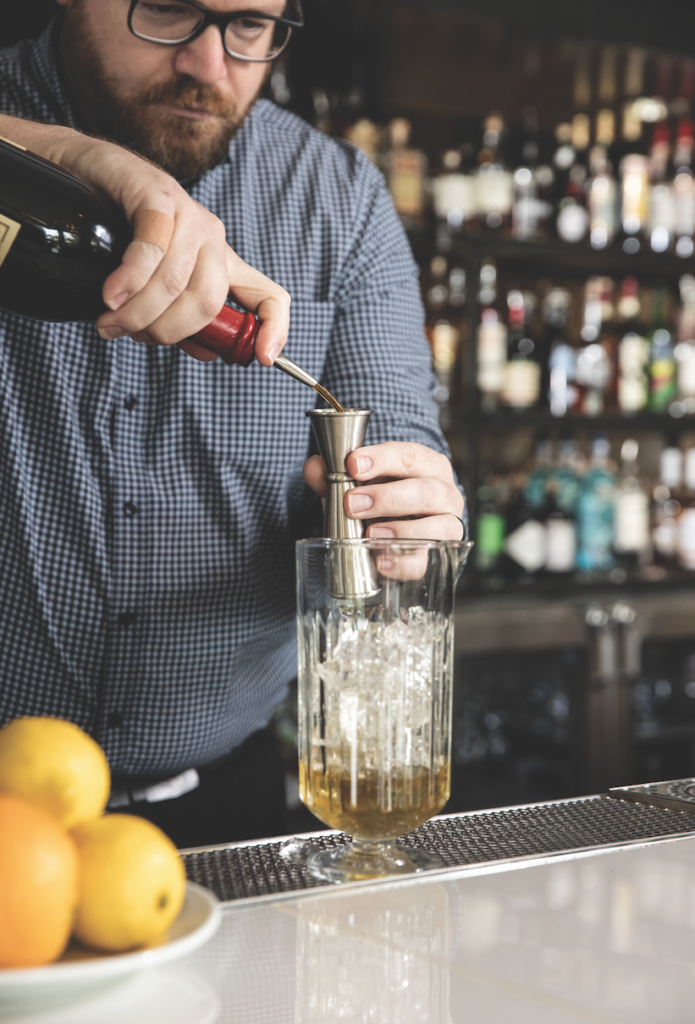 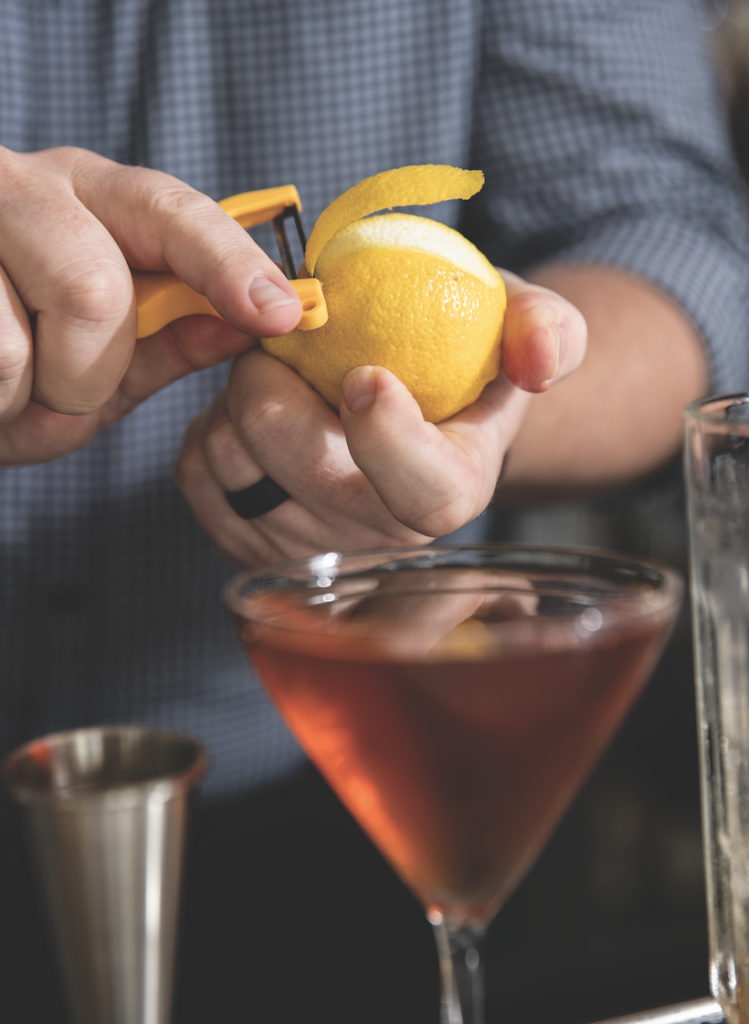