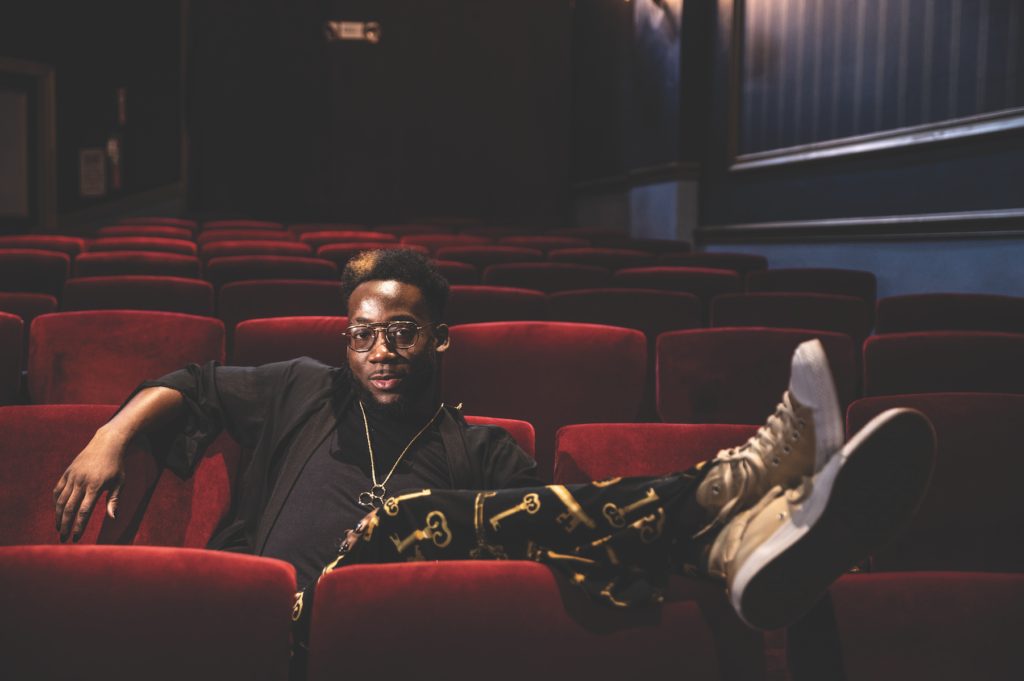 The 25-year-old Detroit native’s unique eye and attention to detail landed him in Fort Myers for a role in the Florida Repertory Theatre’s costume department. (Photography by Zach Stovall)

It’s not every day that you meet someone whose first name sounds exactly like their last, so very few people ever forget Anthony “Tony” Toney. But if you ask him, it’s not all that unusual. “You won’t believe it,” he confides with a smile. “I have a twin brother named Antonio, so make that two Tony Toneys in my family.” And if the Florida Repertory Theatre’s costume designer has his way, he’ll be adding another Tony to his name— as in Tony Award winner—one day.

Like a lot of folks here, the 25-year-old hails from the Midwest. He grew up in the 8 Mile neighborhood of Detroit and fell in love with performing and fashion early on. While other kids played Fortnite, he spent his free time clicking through party pictures from the Met Gala. He attended a performing arts high school in the Detroit suburbs and learned about the different roles offered in theater—and not just the ones onstage. “We acted, danced, sang and worked backstage,” he says. “No matter what your theatrical aspirations are, it’s important to learn every aspect of the craft.” Later, Toney studied theater and costume/fashion design at Wayne State University, and spent some time designing off-off-Broadway. 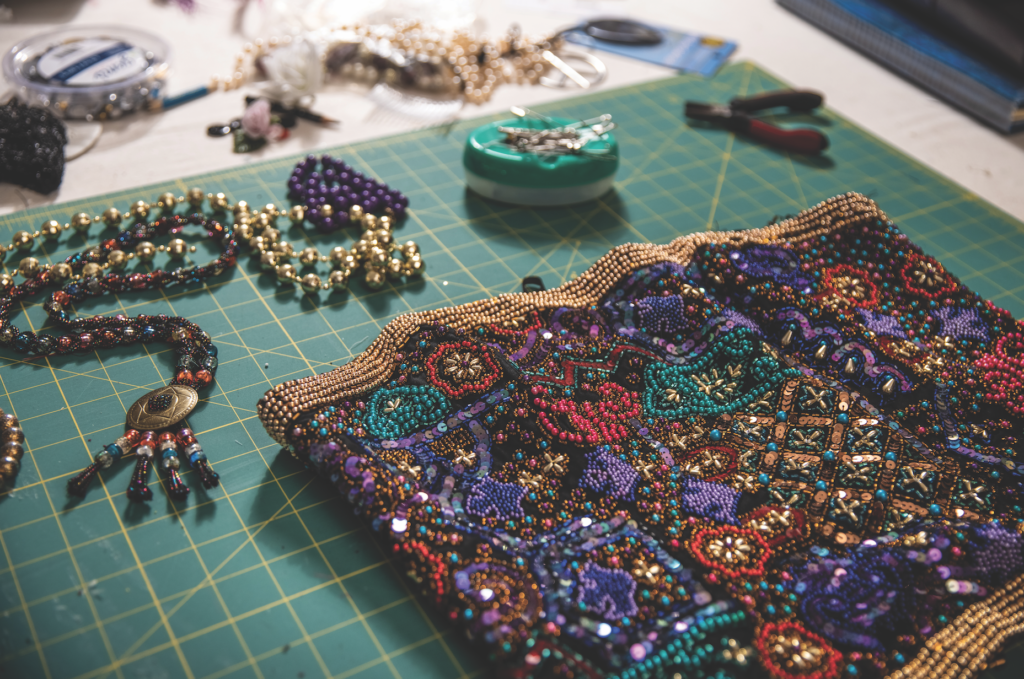 He eventually moved to Fort Myers after serving as a costume intern during Florida Rep’s 2019-2020 season, during which he assisted on hit shows like the musical Always…Patsy Cline, Neil Simon’s Barefoot in the Park and the Southwest Florida premiere of the hit Broadway show A Gentlaman’s Guide to Love and Murder. But when Florida Rep’s season was cut short due to COVID-19, Toney returned to Detroit. He got a job at Amazon to pay the bills and crossed his fingers that he would be backstage in a costume shop again soon.

Cut to the winter of 2021, when he heard from the folks at Florida Rep. The troupe was hard at work, devising workable solutions that would allow the show to go on during a pandemic. While the company couldn’t hire Equity actors (because of the union for professional stage actors’ response to the pandemic), they were permitted to cast interns and actors from the Teen Conservatory program. In the quest for safety, Florida Rep moved their upcoming series of musicals outdoors and erected a stage in a grassy area of a parking lot overlooking the Caloosahatchee River. They pretty much had everything figured out, including who they wanted as the costume designer. “I was over the moon when I got the call,” Toney says. “I couldn’t wait to get back.”

Florida Rep’s artistic director Greg Longenhagen feels equally fortunate. “He was a great addition to our crew in 2019, but when he came back to single-handedly take on our outdoor series, that’s when we knew he was a real keeper. Tony’s got a unique eye and a ton of talent. I see great things for his career,” Longenhagen says. 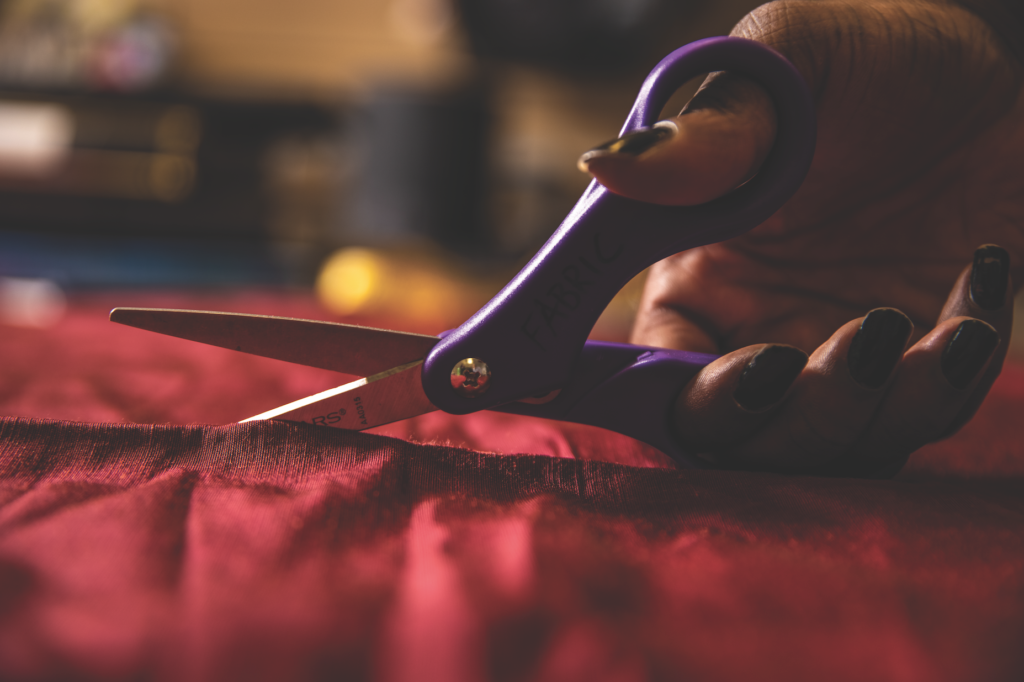 When it comes to his approach to design, Toney says it’s simple: “It’s all about the growth of a play.” His first course of action is reading the script closely several times to understand when and where the play is set, as well as the characters’ motivations. A person living in 1870s England is certainly going to be costumed differently than someone from a story based in 1960s New York City. “When you’re sitting in the audience and an actor walks out on stage, you should know immediately what the weather is like. Is he wearing a scarf and blowing on his hands? Is she wearing a sundress and fanning herself? You should know where you are just from the clothing,” he explains.

After getting a read on the book, Toney breaks out the calendar and starts trying to figure out when he can meet with every person associated with the production. There are brainstorming sessions with the director, measurement meetings with the cast, discussions about lighting and set design and conversations with the stage manager. All those meetings are necessary as Toney decides whether to build (designing and sewing from scratch) clothing, buy and modify garments or pull costumes from an onsite collection for each character and scene. And the work doesn’t end once the curtain goes up on opening night. He helps actors make quick changes between scenes and is responsible for keeping the garments in pristine condition from the first act through the final bow.

Toney loves all of it, and relishes his contributions to the big picture. “My job is to interpret the words of the playwright while fulfilling the vision of the director,” he says. “Of course, I’m also putting my personal stamp on everything I do, which I hope leads to everyone seeing the name ‘Tony Toney’ in a Broadway playbill someday.”