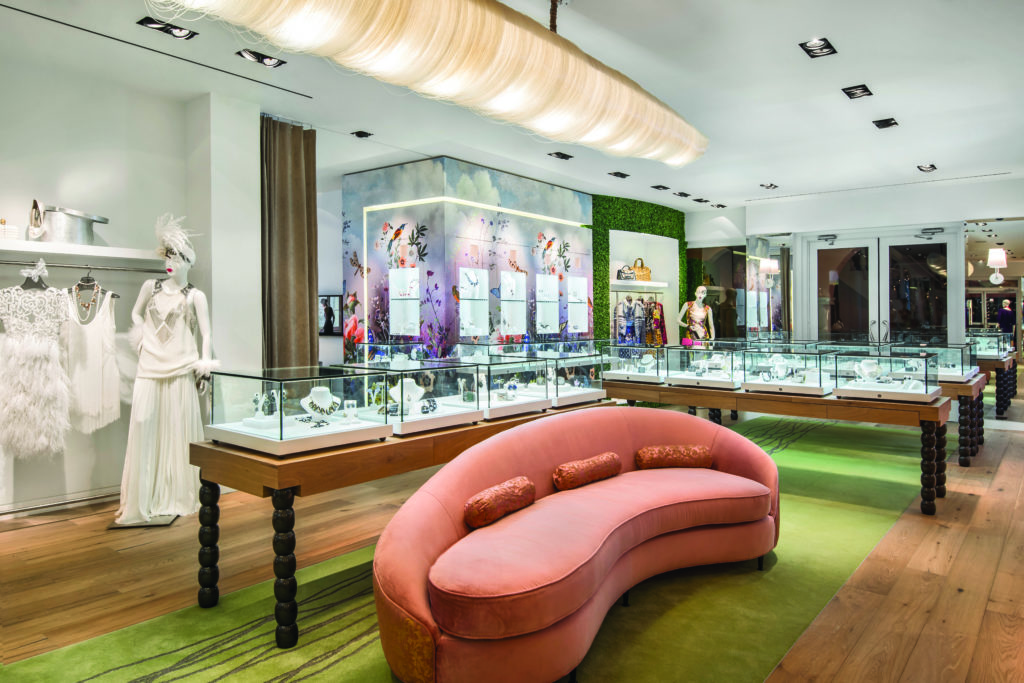 For Interior Design: Richlin International at Galleria Shoppes at Vanderbilt

After eight years at Miromar Design Center, the designer-approved kitchen, bath and furnishings purveyor opens this 6,000-square-foot showroom with plenty of space for modern vignettes featuring its exclusive brands.

A creative marketing idea by owner Rebecca Maddox to sell wine at $3.60-above-cost pricing has blossomed into a second, larger North Naples location, which opened this summer.

Buoyed by ample local support and the chops to cut it in big-city markets, four homegrown heavyweights expand to nearby cities, spreading Southwest Florida style throughout the state.

Chocolatier Norman Love opened a new boutique in Sarasota’s University Town Center last winter. Soon, he’ll launch an interactive dessert tasting experience with wine and coffee pairings at the location. “Guests will have a front-row seat to a ‘chocolate theater’ of sorts—the first of its kind in our region,” Love says.

After 46 years in business, Naples mainstay Marissa Collections opens a location in Palm Beach this fall, bringing its knack for cult and emerging luxury brands and heritage jewelers—and a piercing studio, led by celebrity piercer Stephanie Anders—to the East Coast.

We also just got word that Cocoon—the exalt-nature home furnishings boutique, which has enjoyed a meteoric rise since opening on Fifth Avenue South last year—is opening a Palm Beach outpost. The plan is to expand throughout Florida, says owner Mitchell Siegel, who moved his artisan workshop from Connecticut to Naples earlier this year. But Southwest Florida remains its homebase.

Also on the interiors front, Clive Daniel Home plans to open a 65,000-square-foot showroom in Sarasota’s quickly growing Fruitville Commons area in 2022. The move represents a homecoming for CEO Daniel Lubner, who started his career in the city.