Many great romances begin with love at first sight. This is not one of them. In fact, the first time the couple who owns this circa 2000 home laid eyes on their current abode, they were less than wowed. At the time, they had just found themselves homeless after selling their Sanibel residence faster than expected.

When they happened upon the 3,800-square-foot, one-bedroom, two-story home with a six-car garage in Fort Myers’ St. Charles neighborhood, they were confused. The use of space in the home made no sense. “Both my husband and the designer were adamant that I do not buy this home, so, obviously, I ignored them,” the homeowner says.

In order to placate her husband and the designer, Dwayne Bergmann, she agreed that if they were to buy the property, they could renovate and flip it once they built their dream home. “The plan was for some cosmetic upgrades and just one or two structural changes,” Bergmann says. “But when we started, the scope drastically changed. There was a three-story addition that became a master suite. We then gutted the house, designed a new exterior and added a pool. Needless to say, we didn’t follow my initial plan for this house.” 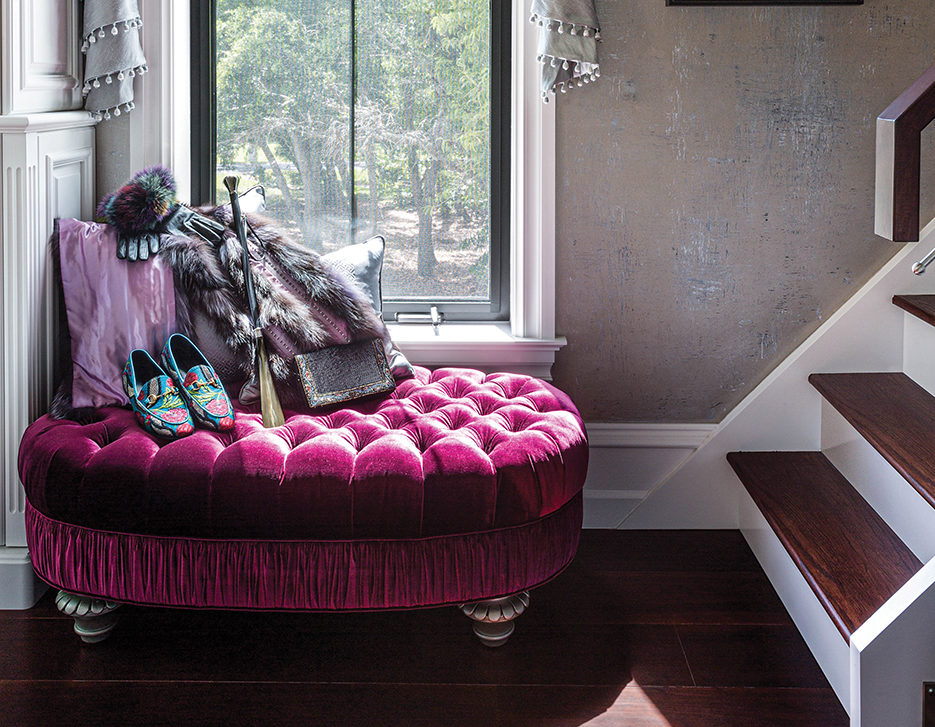 That’s because his client had a vision of her own. Approximately five years later, the now-7,200-square-foot, five-bedroom, seven-bathroom house is almost done, and it’s safe to say the owners aren’t going anywhere. Bergmann, for his part, can trace back to the exact moment when the project took its turn from flip to forever home. “Early in the design process, you have to choose the flooring. It sets the framework for the other finishes,” he explains. “I showed [my client] some porcelain options, as well as a couple of engineered-wood options, and neither struck a chord with her. I took her to look at a large-format, 36-by-36-inch marble in Miami, and she was immediately drawn to it.” It was the same with the large-scale walnut flooring. So, they went with both. “That completely changed the trajectory of the project—the ceiling detail, molding detail, the [primary] suite with his-and-her separate bathrooms, and so on.” 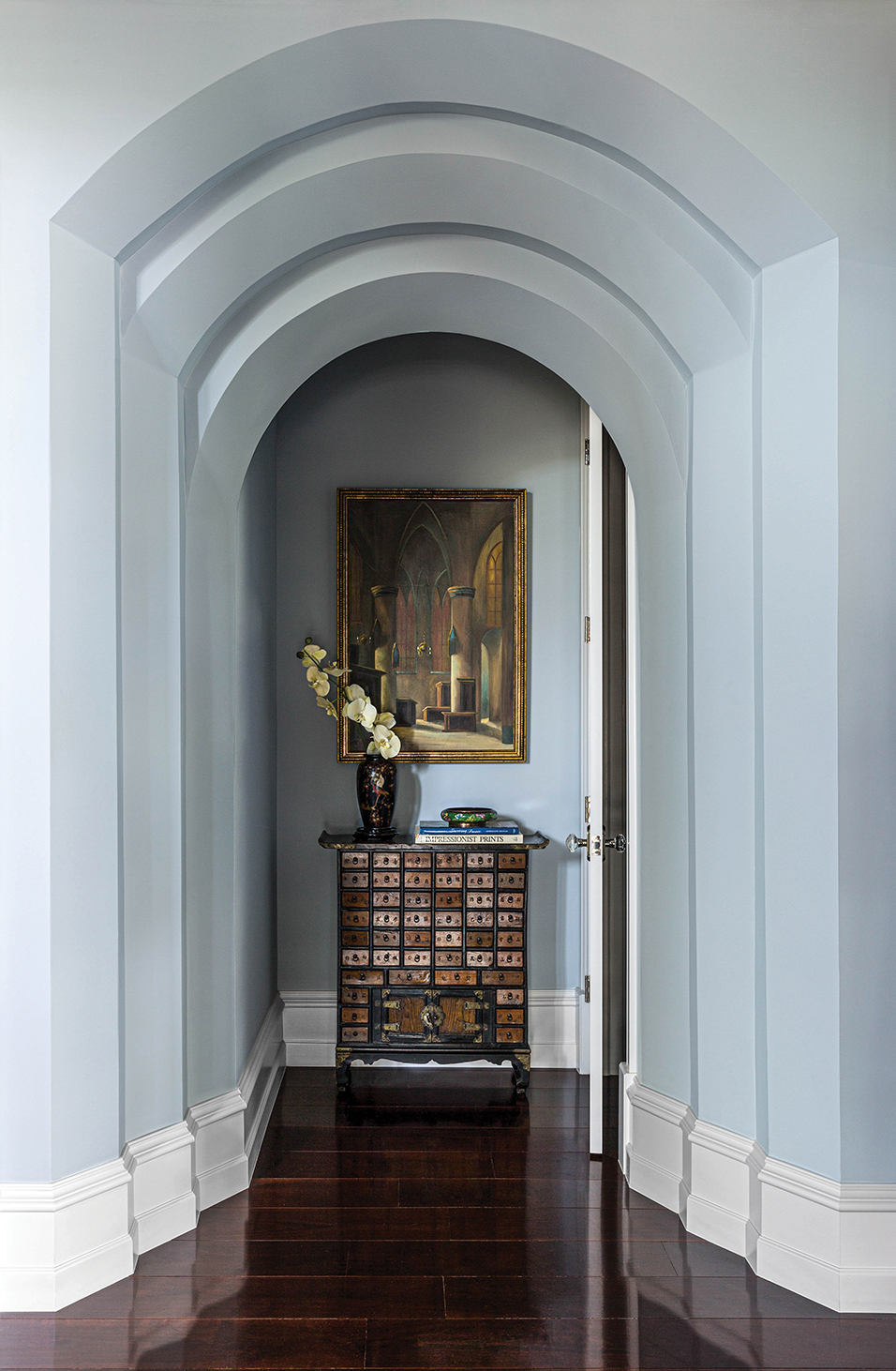 The new plan for the old home evolved into a reflection of the Maryland-based owners’ tastes and a setting fit for the artifacts they’ve gathered during 40 years of traveling the world. The architectural changes and additions created spaces suitable for entertaining and displaying their belongings—though determining what to use and where to place the treasured objects proved to be the most formidable challenge. Tractor-trailers filled with furnishings, art and collectibles arrived at various intervals, forcing Bergmann to regularly reshuffle rooms to incorporate the arrivals. A total of five trucks eventually found their way to the property, which made shopping for furnishings fairly uncomplicated. “There are only five pieces of new furniture in the entire home—everything else was collected,” Bergmann says. “Ultimately, there is no one theme.”

From the main-floor grand library to the second-floor family room (with its suede wall applications), the home refuses to fit neatly into any one category. The sweeping grand staircase, glamorous dining room, well-equipped kitchen and spaces between, showcase a mix of British colonial, transitional, contemporary and traditional influences. “It’s the layers that tell the story, and this is a very layered house,” Bergmann says.

The overall aesthetic, he notes, is traditional, with that been-there-forever elegance that comes from a lifetime of collecting and artful arranging.