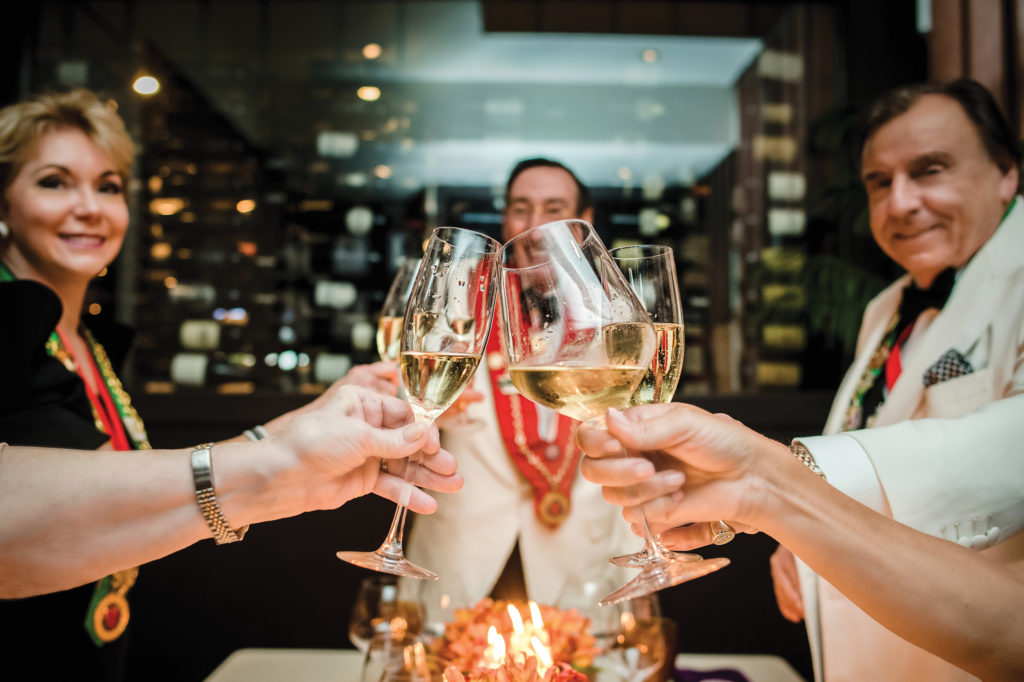 The Bailliage de Naples, the local chapter of France’s Chaîne des Rôtisseurs—one of the world’s most exclusive dining societies—recently celebrated its 40th anniversary and remains the largest chapter in the United States. (Photography by Anna Nguyen)

As far as exclusive supper clubs go, few can match the cachet of France’s Chaîne des Rôtisseurs, a dining society steeped in traditions that date back to 1248 with 21,000-plus members across 80 countries. For a taste of the splendor, just consider the fact that members bear titles like Chevalier de la Chaîne (Knight of the Chaîne) and wear ceremonial ribbons at events like royals might do.

The Bailliage de Naples, the local chapter, is the largest in the country and much of that has to do with the dedicated tastemakers who have steered its trajectory since the first dinner on May 3, 1981. Over the years, these men and women have put our region on the global map with culinary gatherings that unabashedly celebrate the pleasures of fine dining and wining. In honor of the chapter’s recent 40th anniversary, we gathered six of the group’s leaders at Sea Salt in Naples for a tasting dinner by chef Jason Goddard and a roundtable discussion looking back at the Bailliage’s defining moments and memorable highlights. 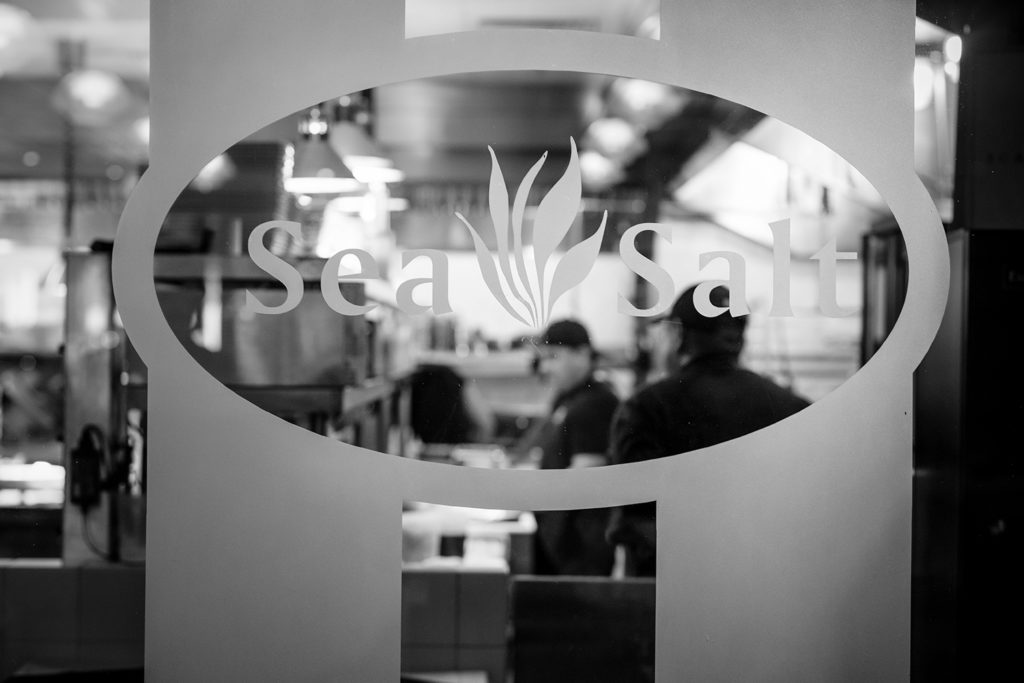 GL: The Bailliage de Naples is four decades old; can you give us a brief history?

Jeannette Boucher: In the ’80s, some people felt that there was a real need for more fine dining events in Naples. When Eli Strassner, a food columnist and Chaîne des Rôtisseurs member from St. Louis, relocated here and launched a series of cooking classes, the movement began to start a bailliage [or chapter]. The first bailli [president], Ed Davis, was the manager at Royal Poinciana at the time and served from 1981 to 1985. Ruth Kinyon Whiteside Fisher took over from 1986 until 1990, then I served until 1993. There were a few other baillis before Lacey, followed by Sandi, Ed Kolesar and, finally, Roger. My predecessor got the bailliage membership up to 50, and then I doubled that. I solicited a lot of professional members. Unlike most organizations, we encourage fine dining and hospitality professionals—chefs, hoteliers and managers—to participate alongside eager gastronomes.

Roger Weatherburn-Baker: I believe we are the only chapter in the country with an advisory board of past Chaîne leaders. I formed this council to recognize the wealth of seasoned leaders in our ranks whose experience is an enormously valuable resource. 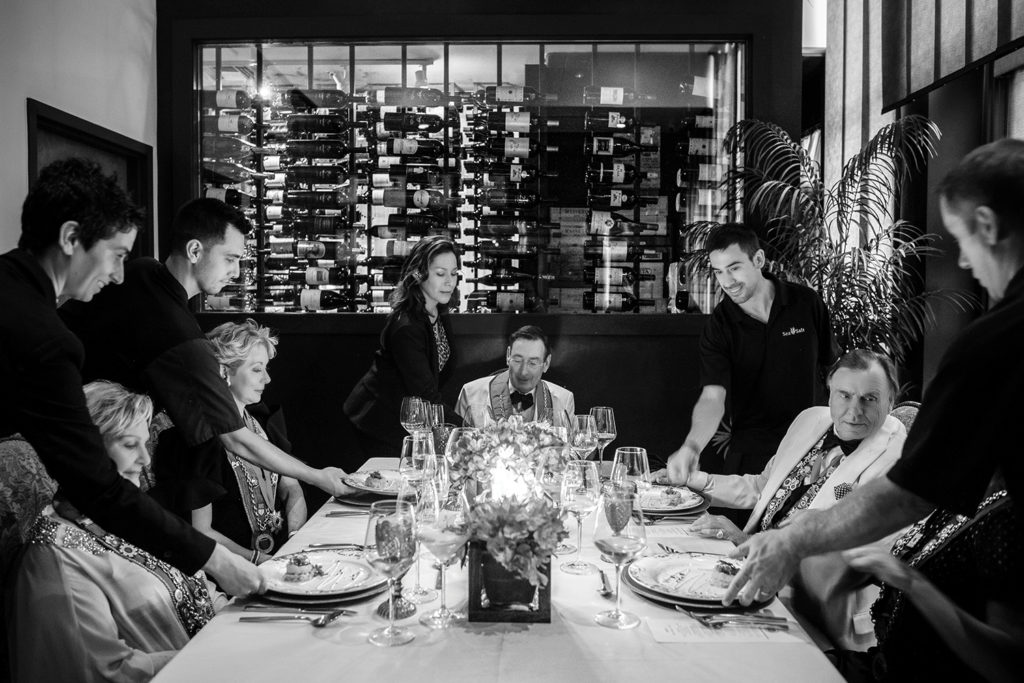 GL: What’s been one of the Bailliage’s most defining moments?

Lacey King: In 2005, we were asked to host the National Chapitre, the largest annual gathering of Chaîne des Rôtisseurs members from all over the U.S. We spent 18 months planning the most incredible event. Sixteen volunteers hosted small, coordinated dinners in their homes on Wednesday for guests, such as the ones who arrived early to attend a golf tournament. That week, Hurricane Wilma had been over Mexico; then, all of a sudden, it moved toward Naples and became a category 3. A lot of people who hadn’t arrived yet canceled. The Grand Gala at The Ritz-Carlton, Naples (the main event of the festivities) was canceled. The Ritz called us on Thursday and said they had dinner on hand for 700 people. On Friday, there was a mandatory evacuation, so we called all the Naples members—even those who hadn’t purchased tickets—and said, “Just come!” It was the most incredible feast—we had 1,000 bottles of wine and foie gras the size of your hand for less than 200 people.

GL: What other memorable gatherings come to mind?

Roger: Sandi was probably one of the most successful baillis Naples has had. She hosted an Under the Tuscan Sun-themed farewell dinner at her Pine Ridge home that people still talk about.

Sandi: We held it outside, and the tables were decorated with hundreds of sunflowers. There was a fireworks display over the lake. Chef Sebastian Mazzotta, who has done most of the dinners at our home over the years, cooked authentic Tuscan dishes, including pheasant. We served outstanding vintages from the region’s historic producers like Allegrini and Volpaia.

GL: What about some of the more recent celebrations? Any stories there?

Roger: For our 40th anniversary held at Artis—Naples on Nov. 16, we added several unique details for the occasion. The evening began with a fanfare played by two trumpeters from the Naples Philharmonic, and we honored three past baillis, as well as the two chefs who cooked for the event and have been instrumental in bringing many a Chaîne event to life. That’s Sebastian Mazzotta and Wilhelm Gahabka; Wilhelm even came out of retirement for the dinner. We inducted 19 new members and elevated our new bailli, Tim Herman, the general manager at LaPlaya Beach & Golf Resort.

I hosted A Magical Christmas at Hogwarts dinner in December, recreating the film sets for our feast. We transformed a ballroom at the Naples Grande into Hogwarts’ Great Hall, projecting stained-glass light patterns on the walls. For the traditional English Christmas dinner, we had prime rib, spiced Yorkshire pudding and heaping charcuterie platters and fruit bowls overflowing on the tables the way you see them in the films. One of the things that I emphasized [as bailli] was the themes. There is a long history of themed dinners in the Chaîne, but we try to take it to another level. Because most of our members are sophisticated, well-traveled and have eaten at some of the finest restaurants in the world, we focus even more on the experience and creating unique themes. I think that is why our bailliage is so successful and how we’ve gotten so big.

GL: Being a member of a Chaîne des Rôtisseurs chapter has some outstanding international perks as well, doesn’t it?

Roger: If you’re a chapter member anywhere in the world, you have access to other chapters’ events. As bailli, I communicated with members around the world. My wife and I went to Rome one summer, and the whole city was shut down. I asked a bailli there where to eat, and they opened a restaurant just for us.

Norman Cohn: One of the great things about the Chaîne is that you make friends. Lacey met her husband at a Chaîne event—and got married at one, too. With Roger’s encouragement and help, she planned a surprise ceremony on World Chaîne Day when the bailliage was gathered on the Naples Princess for what they thought was a sunset dinner cruise. You also learn something at every event—about a wine, a novel way a dish is prepared—there is an educational component for amateurs and professionals.

Jeannette: We started a scholarship program for culinary professionals when I was bailli. Between 1990 and 1993, we awarded one each year, and one of them was to Skip Quillen [who owns numerous restaurants now, including Chops City Grill and Pazzo! Cucina Italiana]. He was 37 years old then, a graduate of the Culinary Institute of America, and he wanted to go back to the CIA to take special courses. We are proud that the Chaîne provided him with a way to further his educational opportunities.

Dave Wilson: There’s also a national scholarship nonprofit, The Chaîne des Rôtisseurs Foundation, that Norman and I built in 1995 when we were on the national board together. We decided we needed to create a more substantial way to give back and support students in the culinary arts and enology. It’s all part of the same philosophy. They’re the ones who feed us, and they don’t go into highly paid jobs, so it’s for the benefit of everyone involved. To date, we have given more than $3 million in scholarships to young people to support their studies.

GL: Who are some of the Naples chefs the chapter has worked with?

Sandi: One of my favorite stories to tell is about Fabrizio Aielli. We were going to have a dinner at Sea Salt. Bruce Nichols [of Naples’ The Wine Store] and I were at a tasting, going through the menu and pairing the wines. We got to a lobster dish with beautiful flavors, but we thought it went better with the white wine planned for the second dish. Suddenly, Fabrizio said, “One moment, I’ll be back.” He redid the dish with an oxtail sauce, and it paired beautifully with the wine we wanted to use as the first red of the evening.
I was so impressed.

Lacey: I always loved working with Wilhelm Gahabka. I planned a few dinners with him, and my favorite was a Russian-themed one at Bay Colony Golf Club, where everyone was served a handmade edible Fabergé egg. Mine had gold-plated chocolate with frosted candied grapes cascading down it.

GL: You’ve all been Chaîne des Rôtisseurs leaders at the local level and at the regional, national or international level. How have those experiences differed?

Roger: Each position has given me an opportunity to build on what has been done before. Being at the local level is immediately satisfying, and you’re more intimately involved.

Sandi: After doing the bailli and the regional positions, Lacey told me that even though she is supposed to wear the regional ribbon, she always wears her green Naples ribbon because that’s the one that means the most to her. I share the same feeling. I still wear that bailli ribbon.