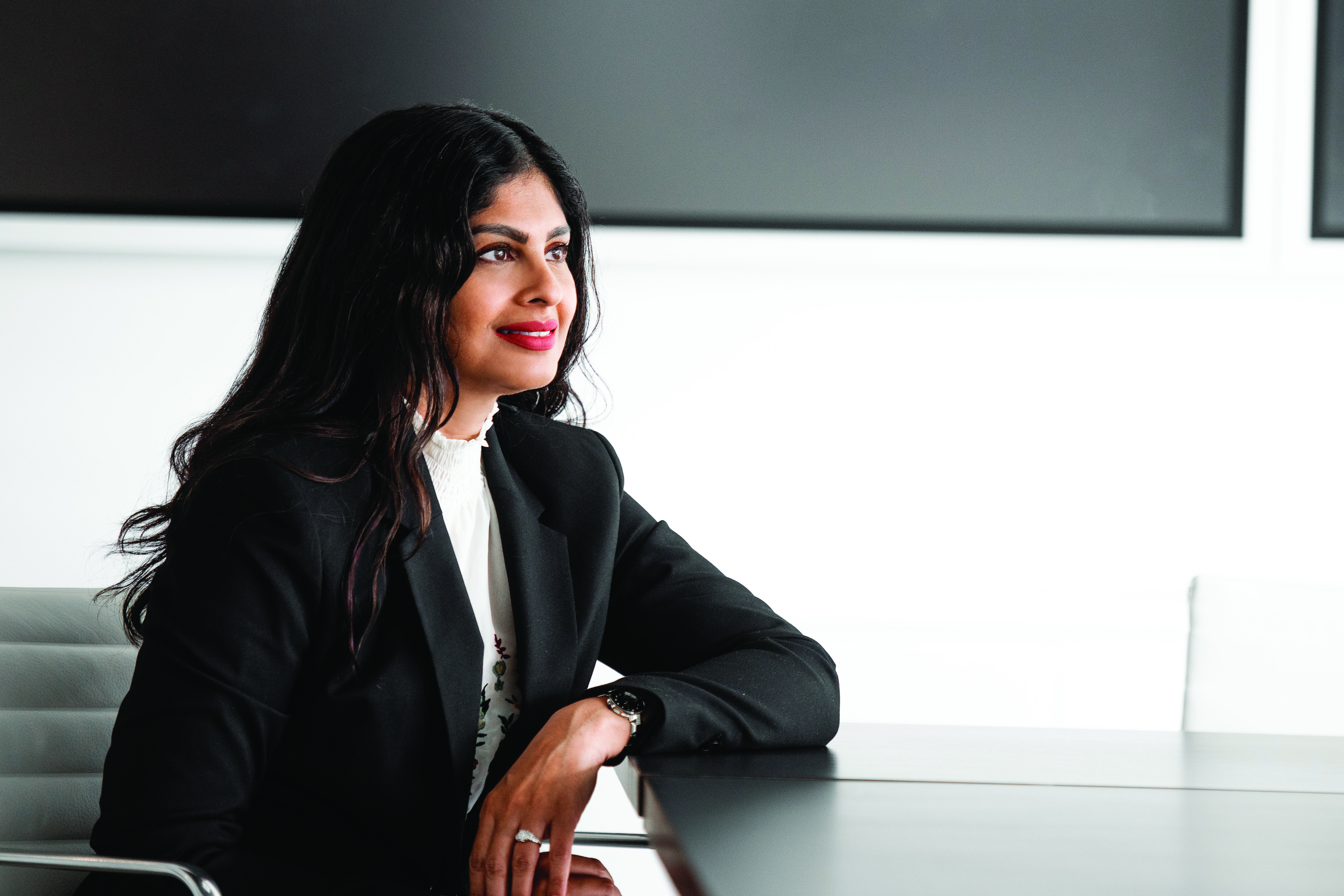 With her consulting firm, Lotus Solutions, Netram empowers companies to walk the talk on equity and inclusion. (Photo by Tina Sargeant)

As an Indian woman growing up in Southwest Florida, Nirupa Netram experienced her fair share of discrimination, whether being ignored in boutiques or receiving unfriendly stares at high-end restaurants. Though she hasn’t experienced violence, a lifetime of subtle snubs, she says, makes a lasting impact.

By all accounts, Nirupa Netram, who runs Lotus Solutions, LLC—a diversity, equity and inclusion consulting firm in Cape Coral­—is successful. At age 25, she passed the bar exam on her first attempt and began a two-decade-long career as a lawyer and executive working in government, corporate and nonprofit sectors. “I’ve always exceeded goals and gotten along well with people, but I felt I couldn’t shatter the glass ceiling,” Netram, who lived in Guyana and Suriname before emigrating to the U.S. at age 9, says.

That nagging feeling, along with the social reckoning that formed around the George Floyd murder and the loss of her job during the pandemic, led Netram to launch Lotus Solutions in 2020. With the company, she is committed to fostering justice, equity, diversity and inclusion (an ethos abbreviated as JEDI) locally and across the country. While the company’s primary focus is to help boost these initiatives among businesses, Netram brings her self-described “JEDI warrior” persona to all aspects of her life—and advocates for others to do the same.

Southwest Florida is already diverse: In the 2020 census, the Hispanic community alone accounted for about 40% of Lee and Collier counties’ population growth since 2010. But the community needs to step up its game to catch up with the national conversation on these issues, Netram asserts. “There is a great need for this mindset to become more intricately woven into the fabric of the society here,” she says, stressing that inclusivity also applies to age, gender, sexuality, religion, and physical and mental ability. “People need to see the diversity that exists in our community reflected more consistently in publications, on TV, on boards of directors, in advertisements, and in our galleries and local small businesses.”

She speaks to the power of personal choice—considering JEDI when deciding where to dine and shop, which cultural activities to partake in and who to hire and promote—as an easy way to make a difference. She supports minority-owned businesses, including Sweets by Linus bakery in Cape Coral (“Owner Lennette Ramirez, whose family is from the Dominican Republic, is an artist,” she enthuses); Masala Mantra, Cape Coral’s first Indian restaurant, which opened in 2019; Pu Thai Restaurant, which recently opened in North Fort Myers by Thai owners; and Guyanese contractor Dalip “Dave” Singh, who, she says, “builds stunning homes.”

To translate increased awareness into substantive change, Netram says local organizations and governments need to dig in and put plans in place to support JEDI initiatives.

She’s already seeing the first wave of this in the region. Former Fort Myers Mayor Randall P. Henderson, Jr., formed a Diversity & Inclusion Advisory Committee in 2019, and Netram sits on the equity committee for the Greater Fort Myers Chamber of Commerce. Similar initiatives have also formed in Collier County, including the Leadership Collier Foundation’s Diversity, Equity & Inclusion Committee and the introduction of equity mission statements for Collier County Public Schools.

As more young professionals and families move to the area from parts of the country where equity and inclusion have made more significant inroads, Netram believes change will follow. “What will really move the needle here is action,” she says.

On the community level, that means holding public celebrations for underrecognized holidays, like Juneteenth and Diwali; school boards populated with diverse representatives; museum exhibits curated by and intended for diverse audiences; and restaurants dedicated to global cuisines filled with diners from all cultural backgrounds and walks of life.

None of that can happen if the key issues are viewed as divisive. “I want our community to realize that JEDI is not about blame and does not involve politics,” Nirupa Netram says. “It’s about trying to change behavior to build a better, sustainable future for each of us.”