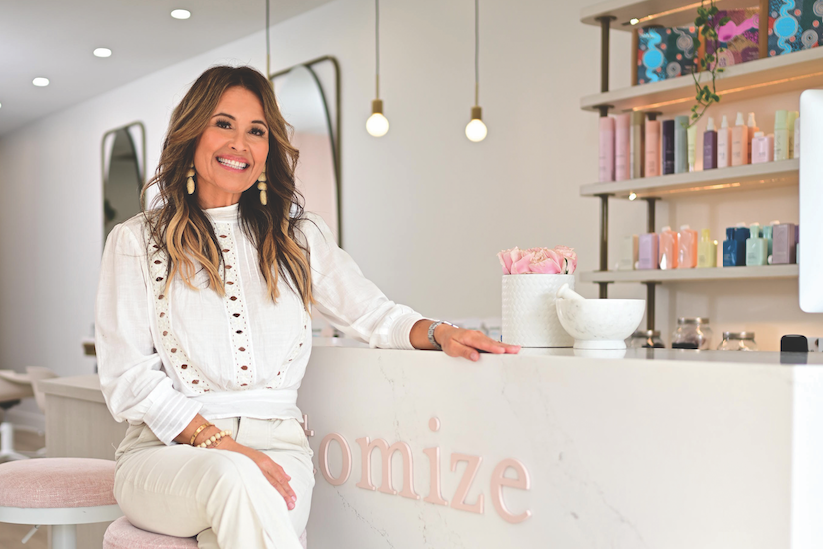 Growing up in Tijuana, Mexico, Norma Long watched her mother work as a natural healer in a town where there weren’t many medical doctors. Using botanicals from a backyard garden, she’d create medicinal remedies to treat locals’ ailments. This meticulous mixing of herbs, plants and flowers—and their combined natural powers—fascinated Long, and soon she began creating her own potions. If she bruised herself in a fall, she’d heal it with bright yellow arnica flowers. If her stomach ached, a tonic made of fresh mint and ginger usually did the trick. Today, the 50-year-old Long imbues the anything-from-nature-is-good mindset she learned as a young girl into iN’Dulge Treatment Bar, a hair salon and clean beauty bar she opened in the Naples Design District last summer. There, she focuses on cuts and color services using products that are cruelty- and chemical-free, along with healing hair and scalp treatments.

While many of her clients may be conscious of what they’re putting in their bodies, the longtime hairstylist wants them to also be mindful of what they’re using on their tresses. “We put so many products with harmful toxins in our hair, and they’re quickly absorbed through the scalp and released into the body,” she says. To avoid that, she’s developed treatments using brands that are good to animals and the environment, including PETA-certified hair color by Kevin Murphy, cruelty-free shampoos and conditioners by COVE, and holistic hair care products from Crisp, a line that’s specifically targeted at millennial and Gen Z customers. “I really wanted to include this younger generation who is all about engagement and being mindful of the planet and animals,” she says.

These tenets are on display at iN’Dulge Treatment Bar, a space marked by naturally soothing aromas (instead of the strong chemical smells that often plague hair establishments) and full of Instagrammable corners, thanks to its playful palette of white hues and soft pink accents. The centerpiece is the build-your-own treatment bar, where customers can concoct hair remedies (complimentary with any service): Upon arrival, clients grab a small bowl and whisk and then move down the bar lined with automatic machines filled with glosses, hydrating oils such as argan and coconut, and nourishing milks. Ingredients can be combined with an array of conditioners or masks to target everything from frizz to dryness. From there, clients head to the washbowl, where hair is coated in the DIY treatment and wrapped in a steaming towel infused with an essential oil of their choice. If clients would like to repeat the treatment at home, they can fill up a jar for $25, and bring it back for a discounted refill on their next visit (another eco-friendly perk).

Before moving to Naples more than 23 years ago, Long trained and worked at some of Los Angeles’ top salons alongside celebrity stylists like Umberto, Christophe and Giuseppe Franco in the 1980s. A wizard with scissors, she tailored her salon’s menu around stylized cuts, from long, bouncy layers to blunt bobs. There’s even a menu for those ages 18 and under, featuring packages like the Candy Paint, which includes a haircut and a few strokes of balayage.

She has also invested in high-tech gadgets that aren’t found at many hair salons, like a dusting machine that gently swipes off split ends in minutes. “Gen Z and millennials are flat ironing their hair so much, which results in split ends,” Long says. Rather than having to cut off inches, the gadget trims only the strays, including those halfway up the hair shaft, which contribute to frizz. Clients can also opt for the Overindulge treatment, which uses the Takara Belmont Spa Mist machine. Akin to a facial steamer for the hair, the contraption sprays a fine mist to gently open hair follicles (so the chosen treatment can deeply penetrate) and then blasts a cold shot at the end to close the hair cuticles and lock in the treatment. The service also includes a scalp massage and blow-dry.

Most visits to iN’Dulge Treatment Bar end with the inevitable social media moment, as clients capture their new looks while posing on the swing that dangles from the ceiling.  “I want people to come in and feel like they’re a movie star,” Long says. 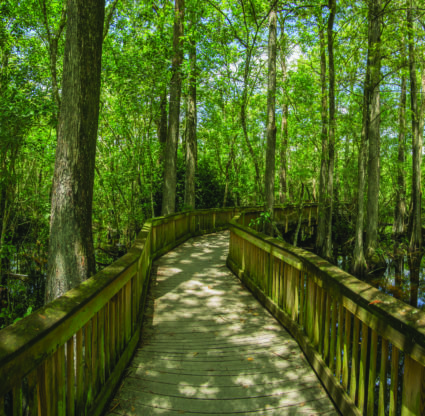 Yoga hikes and mindfulness trails are just some of the ways local ecological centers taps into nature’s healing powers. 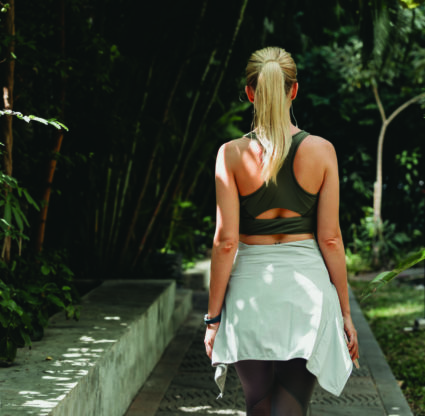 Five Ways to Feel Your Best in May 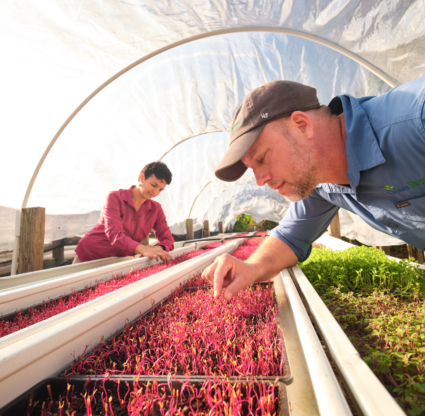 From garnishes to smoothies to cosmetics, tiny microgreens pack a powerful punch.
CONTACT US TERMS OF USE