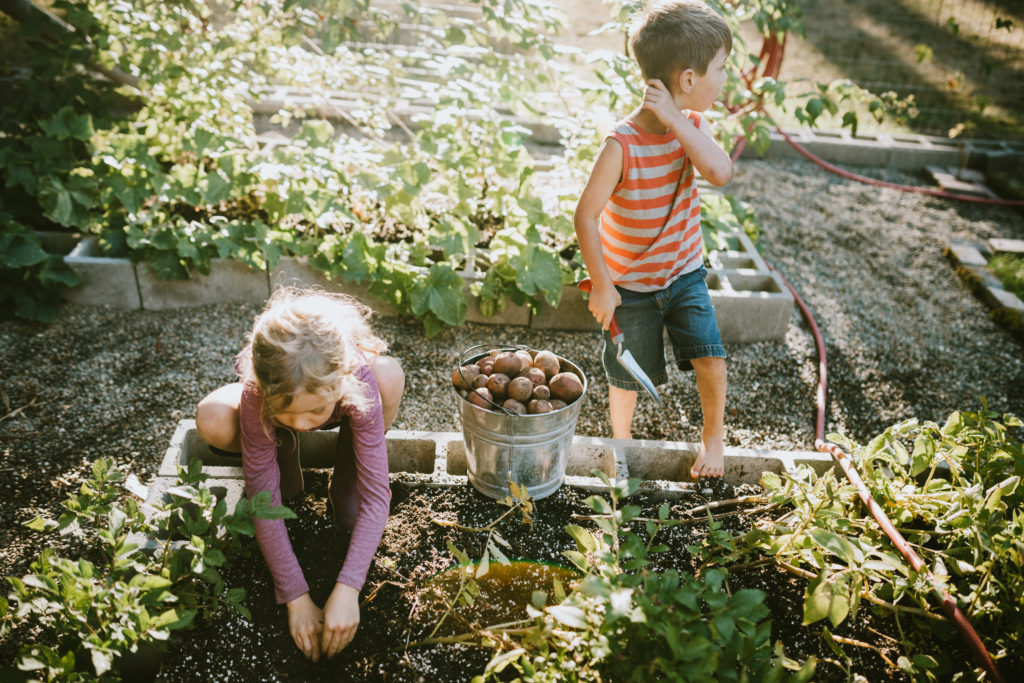 Every teacher dreads those mornings when the whole classroom is off: Kids are moody, unsettled, out of their routine. In a traditional setting, this might set the tone for the day. But at an outdoor-focused school like the Woodland Nature Montessori School in Fort Myers, mornings like these call for a walk. The school’s founder and director, Karen Cichy, rounds up her 23 students (ranging in age from 3 to 6) and heads out into the 105-acre Calusa Nature Center and Planetarium preserve, where the school is located. Before long, the kids are crouching down to inspect mushrooms growing on a log, looking up to watch a red-shouldered hawk sitting in a tall pine, leaning in close to count the spots on a ladybug. “We don’t have bad days here,” Cichy says. “Every day is an adventure.”

Montessori schools focus on stations and learning through play instead of sitting at desks. On average, students at the Woodland school spend four hours outside each day. They spend up to six hours outside on days when they have an outdoor lesson—a nature hike, learning how to make a lean-to shelter, or visiting injured wild animals that the nature center staff are rehabilitating.

“We have so few behavioral problems. Psychologically, watching this—it’s been truly amazing,” Cichy says. “At this age, everything is a teachable moment.”

Outdoor schools—also known as forest or nature schools—originated in Scandinavia. Though they’ve been around in the United States since the 1960s, these programs have seen a recent rise in popularity. Between 2017 and 2020, the number of outdoor schools in the United States more than doubled, according to a survey from the Natural Start Alliance, a North American Association for Environmental Education project. The study reported 585 outdoor schools across the country in 2020, primarily preschools and kindergartens.

Cichy, whose school currently has a waitlist, has seen a steady rise in enrollment over the last five years and “a huge spike in enrollment during the pandemic.” Call it the pendulum effect: More time on screens and more days spent indoors means some parents are desperate to get their kids outside.

Studies show that nature-based education promotes brain development, encourages focus, reduces stress, enhances socialization, develops gross motor skills, promotes independence and boosts physical activity. “When children are allowed to climb, swing and explore in a natural environment, research shows they become more resilient, their social-emotional skills tend to be higher, and it positively impacts their physical, mental and spiritual well-being.” Ettie Zaklos, founder and director of Preschool of the Arts in Naples, says. Although her school is indoors, it incorporates outdoor elements with its natural playscape and garden.

For now, Woodland is the only true forest school in the region, but others are in the works. Sacred Soul Sanctuary Farm in Naples’ Golden Gate is fundraising, with the aim of opening its K-8 campus by 2024.

At the Woodland School, which is located in a one-room, 100-year-old building, Cichy has noticed an additional benefit to her outdoor curriculum—empathy. When her students visit the injured wildlife, they whisper kind words to the animals. And to settle conflicts between students, there’s a “peace table,” another Montessori concept. “Say somebody took somebody’s train, we have the peace table with a peace rose on it. The child most upset takes the peace rose and brings it to the other child. Nine out of 10 times, they talk it out, hug, high-five each other,” Cichy explains. “We’re big on conflict resolution.”

People notice that Bridgette Garuti’s two children—4-year-old daughter, Hazel, and 6-year-old son, Forest—are not like most kids their age. They’re independent. They’re adaptable. They don’t need constant stimulation. “My children have a higher level of awareness than most kids,” she says. “They understand the world around them.”

She loves that they spend their school days hiking and studying different types of fungi: “I believe in connecting our children’s feet to the ground, and this school makes sure that happens every day.”

Though she believes her traditional education served her well, she says raising children is different today. It’s easy to put a tablet in a kid’s hands or sit them down in front of the TV. But, she prefers for them to be outside. “At Woodland, my kids are out in the trees, smelling the pines, incorporating the natural world into everyday living,” she says. “They’re allowed to get dirty. Mother Nature is one of their teachers. Amazing things happen when that’s the focal point.”

Gwendolyn Carter remembers sitting outside at the Preschool of the Arts, watching her children, Quincy, 5, and Cricket, 8, play in the naturescape. Spontaneously, the kids began collecting twigs and other found materials, using their imagination to create a fairy garden. “The outdoor space can become a hundred different things in one day,” she says. “The school provides the materials, and the kids provide their imagination. It’s really magical.”

For Carter, the outdoor, unstructured play is pivotal. “They’re learning how to be free in nature,” she says. “Kids don’t get enough of that.” Her children have learned to play outdoors for hours without her direction; they rely on themselves. “Now my kids have an amazing sense of confidence,” she says. “They wouldn’t have that part of themselves without outdoor learning.” 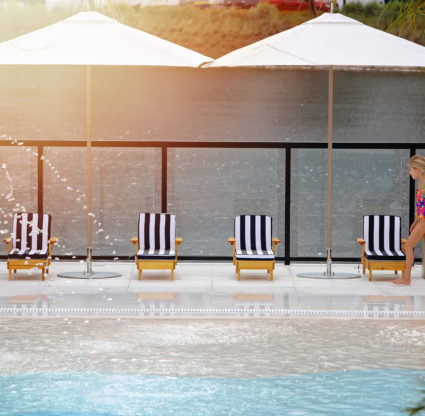 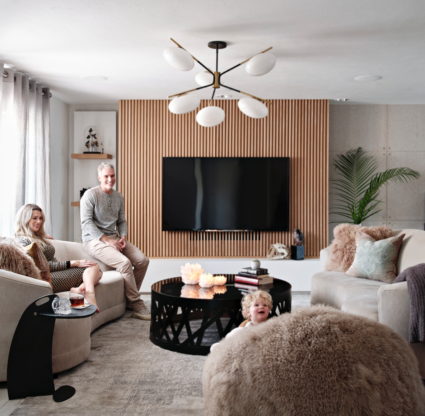 The founders of Stone + Beach Design transformed their Naples home for the arrival of their first son. 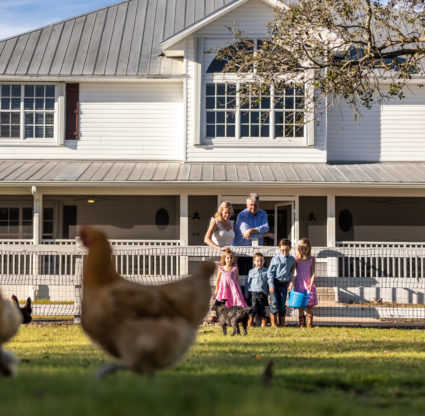 Fort Myers Family Spends Their Weekends on the Farm

This Fort Myers family built their clan and now live on their own terms, decamping to their Alva farm on weekends. 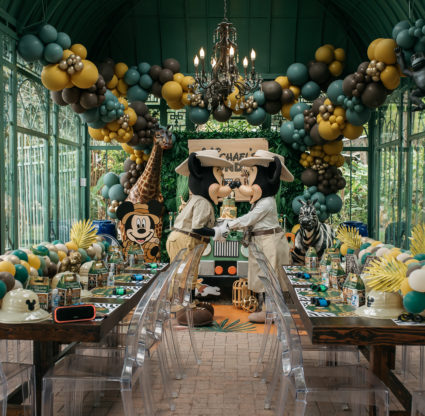