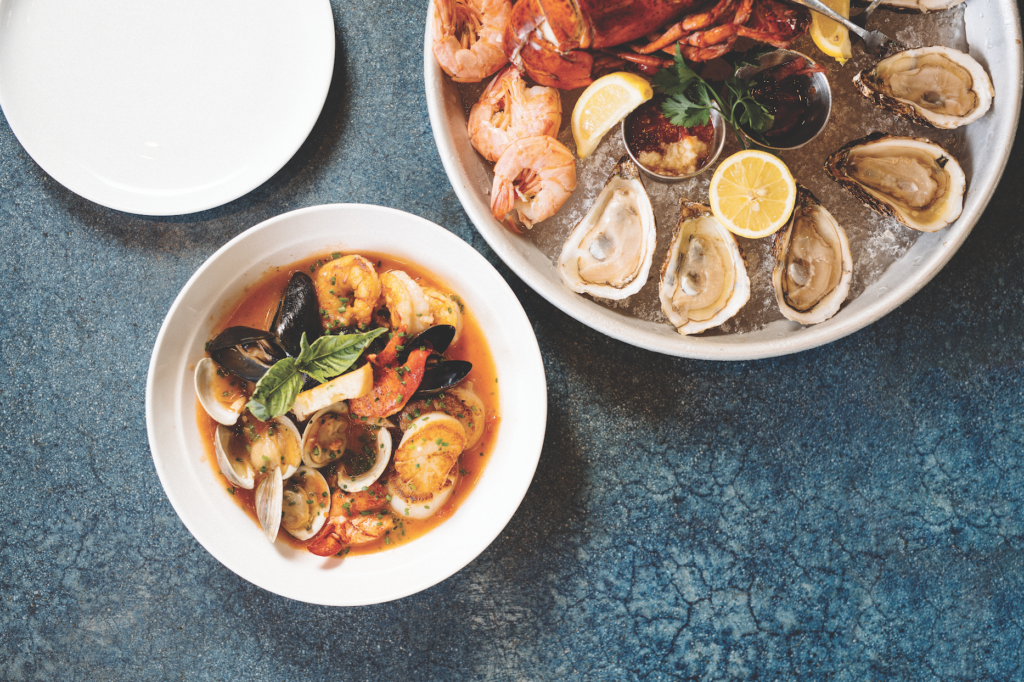 Sex on the Bay, Moondancer and Summer Love may sound like names on a playlist or cocktail menu, but they are a few of the more than two dozen varieties of oysters at chef Adam Nardis’ new labor of love in Fort Myers. Opened in November, Coldwater Oyster Market is a tribute to seafood from deep, cold-water regions—predominantly the Atlantic Northeast and Pacific Northwest—which Nardis felt were underrepresented locally.

Known locally from his time at M Waterfront Grille and Seventh South Craft Food + Drink in Naples, Nardis and his wife and business partner, Erin, are well-versed in cold-water fare. From 2008 to 2013, they helmed the restaurant at Rhode Island’s The National Hotel during the summer. While there, Nardis cultivated his appreciation for oysters’ history, harvesting and enjoyment. At Coldwater Oyster Market, he continues to research the bivalves daily and arms his staff with intel so they can guide diners, speaking to every facet of their meal.

Beyond oysters, which the menu lists with tasting notes (silky, mineral Queen Cups from Prince Edward Island; creamy Royal Miyagis from Vancouver), Nardis and chef Dustin Laugherty, who has worked alongside Nardis for years, highlight a range of seafood. There are Northeast classics like chowder and chilled Maine and warm Connecticut lobster rolls, Scottish salmon, and sweet, almost lobster-like Antarctic red shrimp.  (An onsite market stocks many of the crustaceans, clams and oysters that you’ll find on the restaurant menu.) Landlubber fare includes a smash burger with fried oysters, smoked gouda and truffle aioli.

The space, formerly Marlins Brewhouse and Chronic Tacos, retains much of its industrial garage feel, and the Florida-centric craft brew list nods to the beer hall origins. Meanwhile, Nardis’ inventive cocktail list—with drinks like the Gin & Juice with Kool-Aid bitters—propels the restaurant into fresh territory.