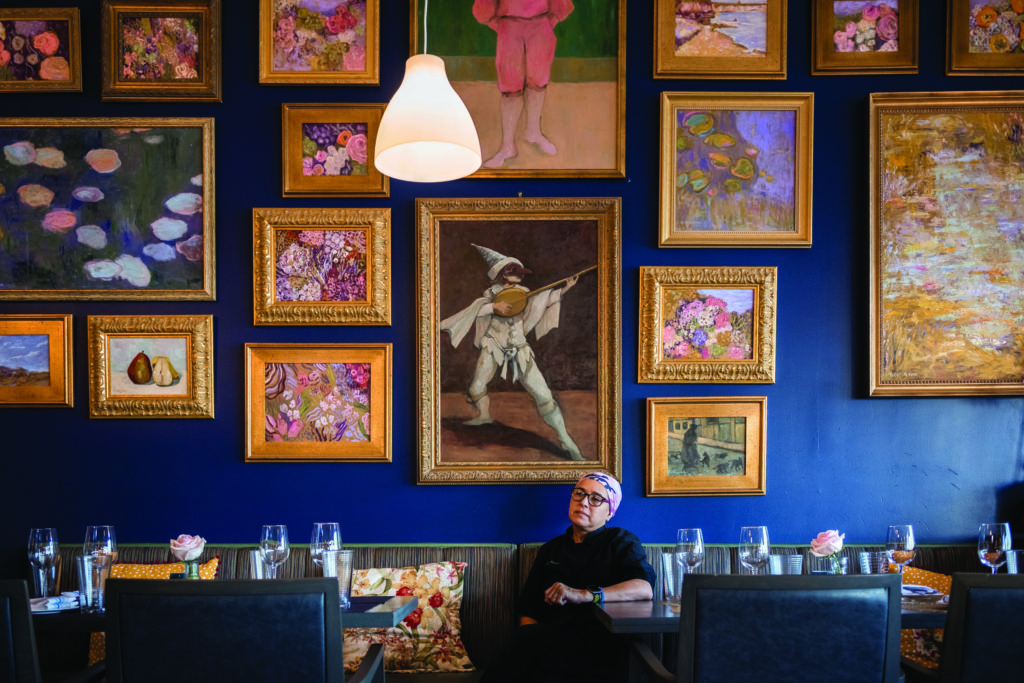 For something untried in the area, this tapas bar brings the Spanish- and French-influenced flavors of its namesake European region to a tiny corner of Bonita Springs’ Prado shopping center. With 10 tables and four counter seats looking into the kitchen, El Basque Vin & Pintxo Bar feels like someone’s living room, with navy walls covered with heavily framed, Impressionist-inspired art done by co-owner John Colón’s mother-in-law. “I like to say it looks like a millionaire’s den,” Colón, who is also behind Bodega Olé in the Naples Design District, says.

The kitchen honors the autonomous community on the western border of Spain and France that holds tight to its own language, traditions and cuisine. (With heavy influences from both countries, the region has one of the world’s highest concentrations of Michelin-starred restaurants.) El Basque focuses on pintxo, or Basque-style tapas, with gustatory gems like wine-infused figs with drunken goat cheese, blood sausage with pimento-onion slaw, and garlic-chili shrimp with bacon and cilantro crema. Charcuterie drifts into French territory with patés and cured sausages, then to Spain with ham, including the famed, acorn-fed jámon ibérico.

Signature dishes may be new to the uninitiated, but the flavors are rustic and familiar. Broken pasta is cooked paella-style for the squid ink-infused rossejat noir, and pato naranja, a seared duck breast with roasted fennel, apples and blood orange jus, is reminiscent of French duck à l’orange. Vizcaina, a traditional seafood stew, nods to the region’s proximity to the diverse fisheries in the Bay of Biscay. Pair any of the dishes with cider or txakoli, a gently sparkling white wine that’s typically poured from 8 to 10 inches above to agitate the bubbles. End with the region’s famed burnt Basque cheesecake with its delicate, creamy interior and caramelized exterior.

Why Basque cuisine? Colón was inspired to add French flavors to his Spanish repertoire when he smelled croissants baking in the space that would become El Basque Vin & Pintxo Bar. A lightbulb went on: “French and Spanish—that’s Basque,” he says. Colón and Argentinian chef Marcela Garcia dove deep into researching recipes and traditions. In the process, both gained a deep respect for the cuisine and its distinct flavors, resulting in a menu that even local Basque-born guests praise.