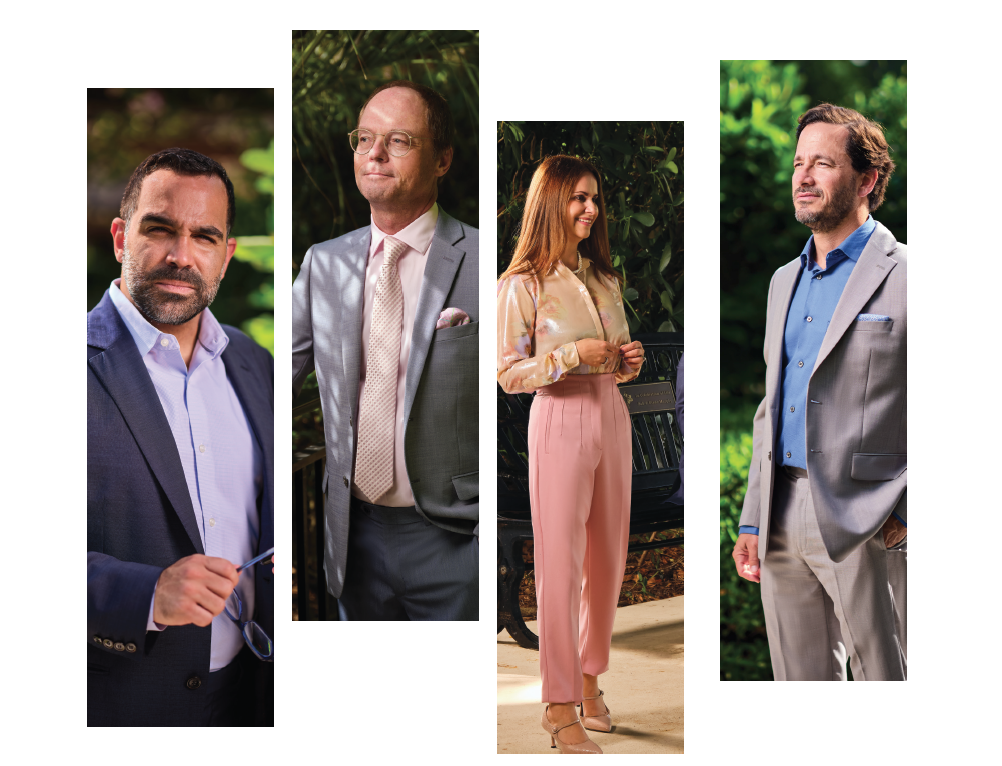 A little more than a year ago, Dr. Robert Cubeddu had a prestigious position at Cleveland Clinic Florida when a dream opportunity presented itself across the state. NCH Healthcare System already had a well-regarded heart program. But it had higher aspirations. Cubeddu couldn’t turn down the chance to lead the ambitious effort. “I saw in this role a huge opportunity after learning about the growing needs of the community and the increasing demand of patients that live in this region,” he says. “Our vision is to become a premier destination for cardiac care.”

In less than a year, the NCH Heart Institute has made strong headway toward the effort. The cardiovascular intensive care unit (ICU) opened in November. The team introduced more cutting-edge treatments; in August, Cubeddu performed Collier County’s first MitraClip, a minimally invasive procedure to repair a leaky valve by inserting a clip via a catheter rather than performing open-heart surgery. They also started a Research Institute and implemented 20 new clinical trials in about nine months, offering innovative services that are attracting patients from around the country. Having NCH physicians on the line discussing findings with global leaders in the medical world puts Naples on the map, Cubeddu notes. By working with first responders and nurses, they’ve also managed to reduce the so-called door-to-balloon time (the span between when a STEMI heart attack patient enters the hospital and when they’ve received needed life-saving care) from 73 to 28 minutes.

As president of the Heart Institute, Cubeddu is an internationally known cardiologist who served as the chairman of cardiovascular medicine and regional director for structural heart disease at the Cleveland Clinic Florida. He credits a team of about 30 cardiologists and surgeons in large part for NCH’s success so far.

And, he’s attracted some heavy-hitters. Within months of Cubeddu arriving, Drs. Gaston Cudemus and Viviana Navas reached out about joining. Both had worked with Cubeddu at the Cleveland Clinic Florida and brought expertise in their own specialties to the table. Cudemus joined NCH as the first dedicated cardiothoracic anesthesiologist and cardiovascular critical care physician. The physician, who previously worked at Massachusetts General Hospital for 10 years and taught at Harvard Medical School, focuses on care from when a patient undergoes sedation to resuscitation. “To be able to develop a team and establish a reputation for excellence—as a physician, that’s what we always look for in a job,” he says.

Navas oversees a new fellowship program at the Heart Institute. The three-year training program for medical students helps elevate NCH’s stature as a top-notch medical center, she says. She also serves as the section head for heart failure at NCH, specializing in the early detection of heart problems. “I didn’t know much about Naples before I came here, but (at Cleveland Clinic) I was getting a lot of referrals from Naples. I knew there was a need here,” she says.

All three were drawn to NCH’s status as an independent nonprofit healthcare system. Without large bureaucracy to navigate, they saw the opportunity to start clinical trials or a fellowship program without getting bogged down in red tape. “That’s one of the reasons why we’ll be able to get to the next level here so quickly,” Cudemus says.

One of the founding physicians of the Heart Institute, Dr. David Axline has seen the evolution of cardiac care in Naples over the last 28 years firsthand. He started practicing in town as part of a cardiology group in 1994 and joined NCH in 2010 to start the Heart Institute. He notes that since 2016, NCH has been named one of Healthgrades America’s 100 Best Hospitals for Cardiac Care, but they had reached a limit. They needed to grow in scope and scale and get aggressive in constructing premier facilities and recruiting top-tier physicians and clinicians. “It’s unbelievable how much we’ve done in a short time,” he says. “I get up every day excited to come to work.”

The next big step: A new building for the Heart Institute. The building is just as ambitious as the program’s plans. “If you look across many of the top cardiovascular programs in America, most are centered under one institution, one building,” Cubeddu says. “There are many reasons for this, including improvement in workflow, operational efficiencies and patient experience.”

About 30 percent of residents in Collier County end up traveling outside the area for cardiovascular surgery. Cubeddu and his team are looking to reduce that number by establishing trust in the community that excellent cardiac care is in our hometown. “It is our goal to uplift the quality of cardiac care and provide our community with the trust they deserve,” Cubeddu says.