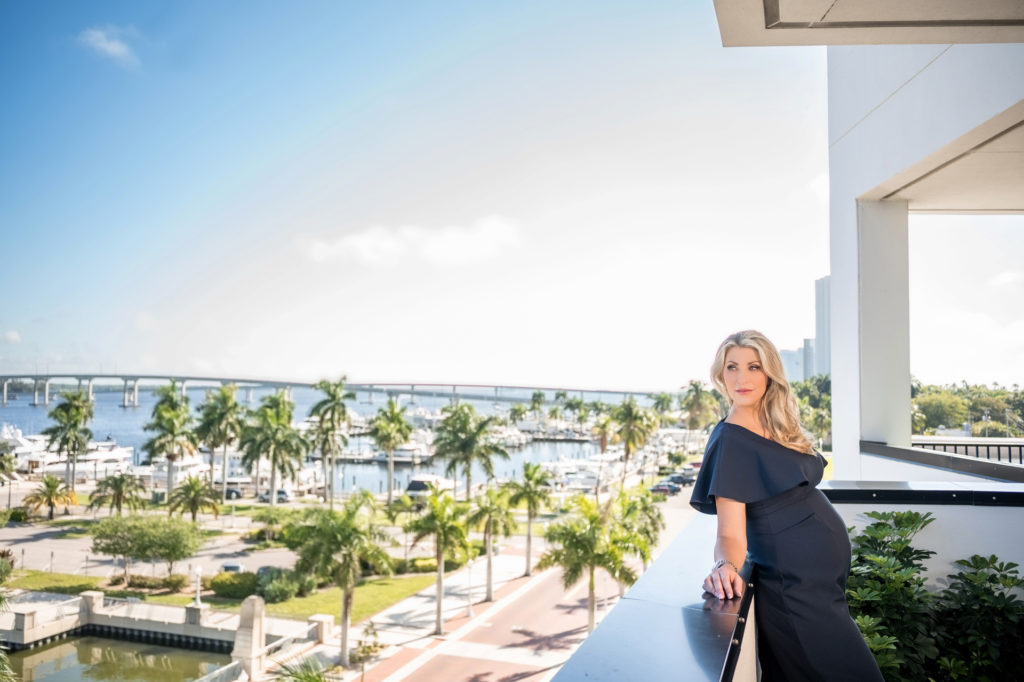 Rebekah is developing The Irving with eco-friendly materials, a bike-share program and floorplans named after the Fort Myers Vivas family, who gifted the lot—including the next-door park, which Rebekah is revitalizing—to the city. She tapped renowned designer Dwayne Bergmann for the sleek interiors. (Photo taken by Anna Nguyen at Luminary Hotel & Co.)

Rebekah Barney’s debut development project centers around her vision for a downtown dream life. “Downtown is where you want to be,” she says. “There’s the arts, the culture—without ever getting into a car, you can go to the theater and see a show, dine outside, enjoy the sunsets on the river. I just think it’s magical.”

The Irving Downtown, a 12-story apartment building in Fort Myers, is named after her grandfather Irving Cross. Scheduled to be completed in 2024, the complex is surrounded by the historic arts district and the Caloosahatchee River. Within a short walk, residents find Florida Repertory Theatre, Sidney & Berne Davis Art Center and Caloosa Sound Amphitheater, plus scores of restaurants and shops.

Rebekah, who owns the Alzada Company (named after her grandmother Alzada Cross), is committed to sustainable development and preserving historic downtown. “I don’t necessarily want to go big,” she says. “I want to go better. Quality and community are very important to me. Changing the way a community looks through development, all while preserving history is incredibly gratifying—there’s nothing like being a part of something that’s going to last.”

She aims to do her part for the environment, too. The Irving is being built with eco-friendly brick, wood and stone. The rooftop is planned as a lush oasis with gardens and greenscaping—additions that help reduce the heat-island effect created by the denser populations and swaths of concrete in urban centers. Energy Star appliances, electric vehicle charging stations and a bike-share program aim to help residents live green.  “For me, it’s about integrity and creating something that’s going to last far into the future,” Rebekah says. “It’s a win-win—not only for the community but for the resident that doesn’t have to pay a high utility bill. There are benefits all around—maybe the cost to the developer is a little steeper, but the long-lasting impact far exceeds the cost.”

Adjacent to The Irving, Rebekah is funding the revitalization of Park of Palms, working with Naples Botanical Garden to add more plants and trees, a shady walking path and resting benches. The public park was originally owned by a Lee County pioneer family, the Vivas, who gifted the lot to the city. “I fell in love with the park and the history,” says Rebekah, who made a deal with the family to recognize the names of the Vivas’ daughters (Amelia, Rosa, Leonora and Josephine) on the floorplans for units at The Irving.

Rebekah, who is in her early 40s and a mother of four, is proud of her roots as a second-generation developer. She began working for her dad, veteran developer Robert MacFarlane, 20 years ago. His company developed Beau Rivage, the first high-rise condo on the downtown riverfront in decades, in 2004, followed by St. Tropez, Riviera and the in-progress Prima Luce. Her father has always seen the potential for downtown Fort Myers; Rebekah shares his vision and takes her charge carrying on their legacy seriously. “When I first got to Fort Myers, I saw this beautiful historic riverfront and charming downtown that was being underutilized,” she says. “It was so quiet in the early 2000s and now it’s become this exciting destination that everyone wants to be a part of.” 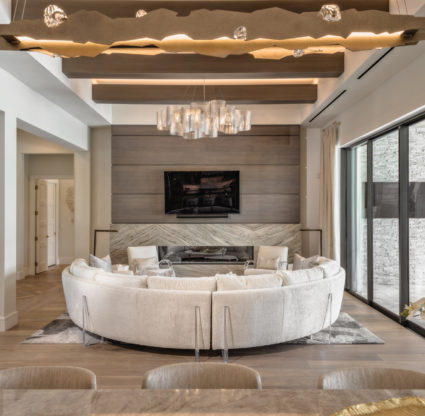 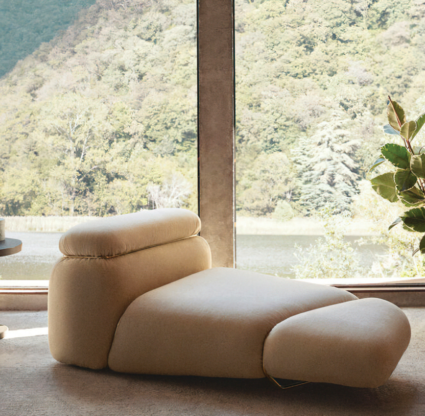