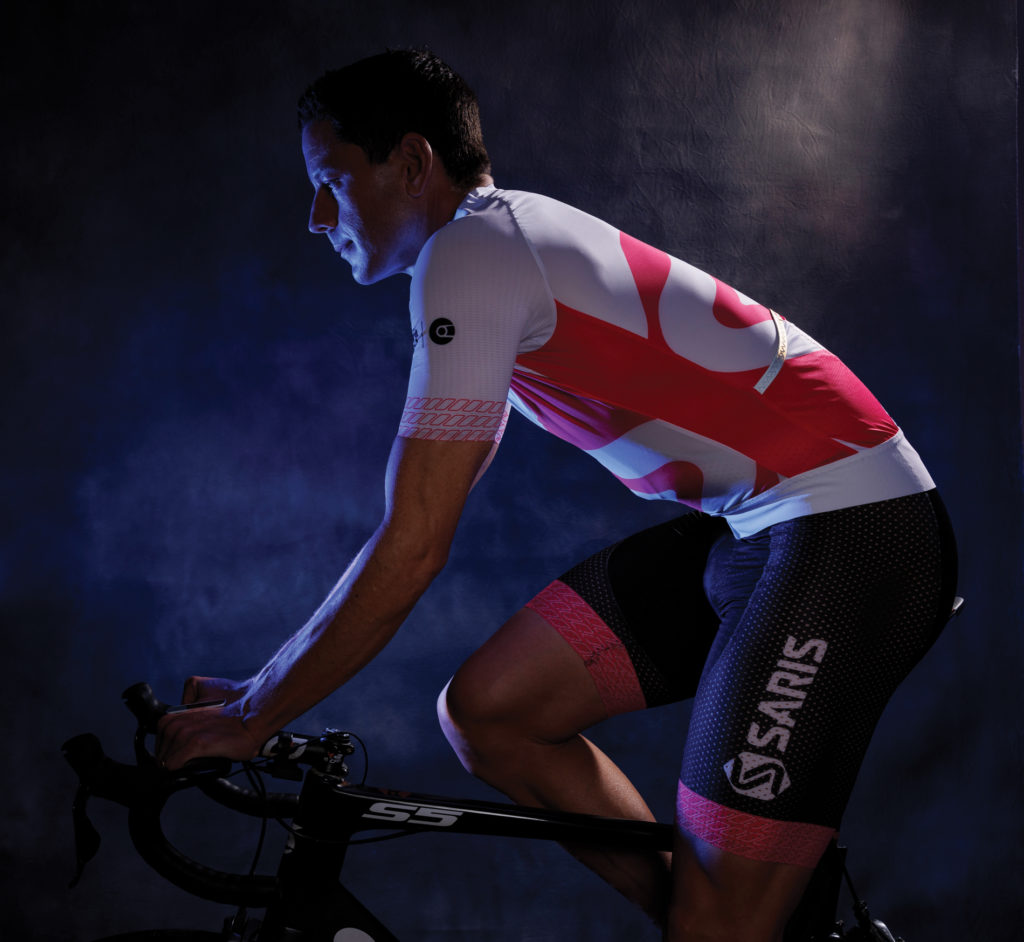 An avid racer and busy parent, Michael starts every morning between 3 and 4, jumping on his stationary bike to race online before making breakfast for his two daughters. (Photo By Brian Tietz)

Michael Egan knows the clock is ticking. He has a wife, two young daughters and a full-time job, so time is scarce on a day-to-day basis, but he’s also acutely aware that time, in general, is finite. And Michael wants to use his time to the fullest. That ticking clock gets him out of bed between 3 and 4 every morning to ride his bike while, in his words, “playing a video game.” Michael is one of the top cyclists on Zwift, a multiperson video game and cycling training platform, riding for the pro team Saris/NoPinz and competing against some of the strongest cyclists in the world from the comfort of his Naples home.

“They say a man has two lives. The second one begins when he realizes he only has one,” Michael says. Battling cancer since childhood will give a person that sort of perspective. The 45-year-old was diagnosed with Non-Hodgkin’s lymphoma in 2005, and he’s had health concerns since childhood, having nine tumors surgically removed since the age of 12. It’s a medical history that has kept him in and out of the hospital since he was a kid, but it hasn’t kept him from living an active life. Michael swam competitively since he was 4 years old, eventually swimming collegiately for Lafayette College in Pennsylvania. Later, he discovered triathlons and became one of the strongest competitors in the country, qualifying for the grueling Ironman World Championships in Kona, Hawaii, in 2007 and 2008.

He continued to train for those triathlons after he was diagnosed with cancer and as he underwent radiation treatment. He couldn’t run or swim at the time, but he found the strength to ride his stationary bike. “I probably shouldn’t have, but I wasn’t going to let any diagnosis prevent me from doing what I wanted to do,” Michael says. “My body was pushing me around. Doing triathlons was my way of pushing back.”

Michael trained up to 14 hours a week as he moved from Philadelphia to Naples to run a swim program (he later left that position and is now in real estate). He kept racing after he and his wife had their first daughter, filling their weekends with back-to-back competitions. The couple fell into an easy rhythm in Naples, where they found themselves enveloped by a healthy community. “Southwest Florida is different than the other places we lived,” Michael says. “Everyone here is into fitness and wellness. People in Naples prioritize staying active, getting outside and eating well. I could join a group ride any day of the week and then spend time in the pool and running.”

But when the couple had their second daughter, Michael knew something had to give. The more time he spent training and racing, the less time he could spend with his daughters. “If I’m training for two hours a day, that’s two hours of my daughters’ lives that I’m missing. And it stacks up, one day after the other. I’d miss so much, and I know I’d regret it,” he says.

Zwift presented Michael with the perfect solution. The platform, which has more than half a million users worldwide, offers regular workouts and group rides and has live races. Competitors use smart trainers to propel on-screen avatars that are riding and racing digital courses set in various global locations. At the highest level, teams like Saris/NoPinz compete for prize money on live-streamed races on YouTube. Michael took to the platform immediately and hasn’t looked back; his last outdoor ride was in April 2019, a month before his second daughter was born. “I can get on my bike at 5 a.m., and by 5:15, I’m racing some of the best athletes in the world,” Michael says. “By 7:15 a.m., I’m making my daughters breakfast. In no other scenario is that possible. I can pursue high-performance cycling and high-performance parenting at the same time.”

He admits that he misses being in triathlon shape sometimes. The multidiscipline sport requires total-body fitness that isn’t necessary when racing bikes. “If you asked me to carry a heavy box up the stairs, I’m in trouble,” Michael says, adding that he always has a mindful eye on his overall health, even as the worst of his battle with cancer is hopefully behind him. “It’s in the rearview mirror, but I can always see it. My health issues push me to continue to appreciate as much I can, every moment.”

Condo communities up the ante on fitness centers with stellar views to boost motivation. 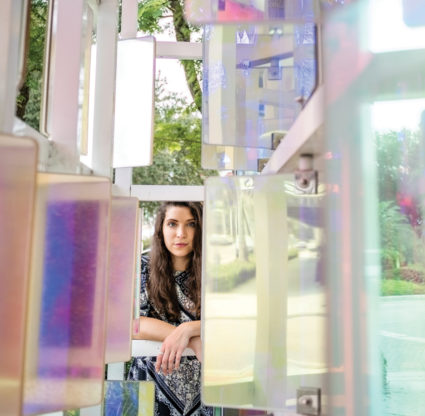 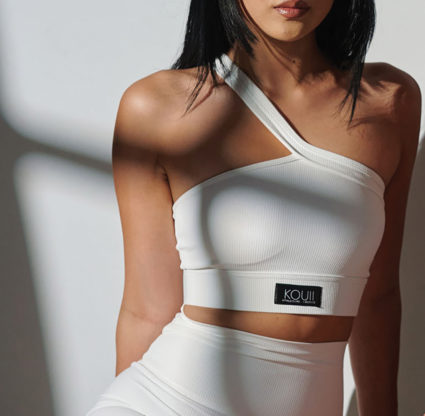