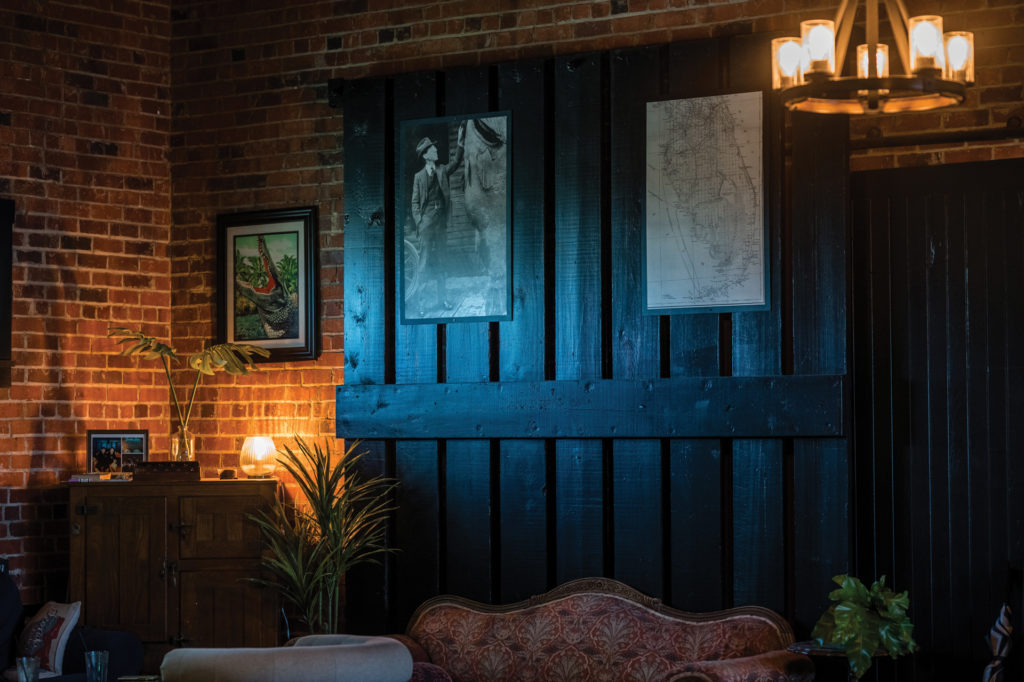 There’s a bumper crop of bars for plant-based imbibing, from The Rabbit Hole in Bonita Springs to Downtown Kava in Punta Gorda. (Photo by Anna Nguyen)

Following the national trend toward rethinking our relationship with alcohol, Southwest Floridians are looking to shake up their standard bar routine with lowABV drinks and booze-free alternatives. Kava bars—like the artsy Cosmic Kava and neon-filled Nectar Lab Kava Bar, which have been big hits since opening two years ago—meet the demand. These spirited locales focus on kava and kratom, plantbased brews with mild stimulating effects, sans the high intoxication and hangover.

Earlier this year, two literature-themed spots set up shop in Lee County. The Rabbit Hole Kava Bar in Bonita Springs’ Entrada plaza recalls Alice In Wonderland, with beverages like the kratom and strawberry syrup-filled Lotus energy drink, served in glasses that echo the funky interior’s ornate mirrors, glow-in-the-dark Cheshire Cat portrait and a neon sign proclaiming, “We’re all mad here.” Harry Potter fans leave the muggle world behind at The Four Broomsticks in Fort Myers, with kava and kratom-infused drinks inspired by the series, and brick wallpaper, taper candles and jars full of “potions and elixirs” to match.

In March, Punta Gorda got its first kava lounge, when the jazzy Downtown Kava opened in a 100-year-old train depot building. Led by Sarah Desrosiers and her husband, Ryan, the bar offers kava-infused coffees and teas throughout the day; at 5 p.m., they break out their Speakeasy Menu with reimagined classic cocktails, such as the Old Fashioned Feeling, with alcohol-removed bourbon and added kava, kratom or a CBD extract, topped with a torched CBD flower.