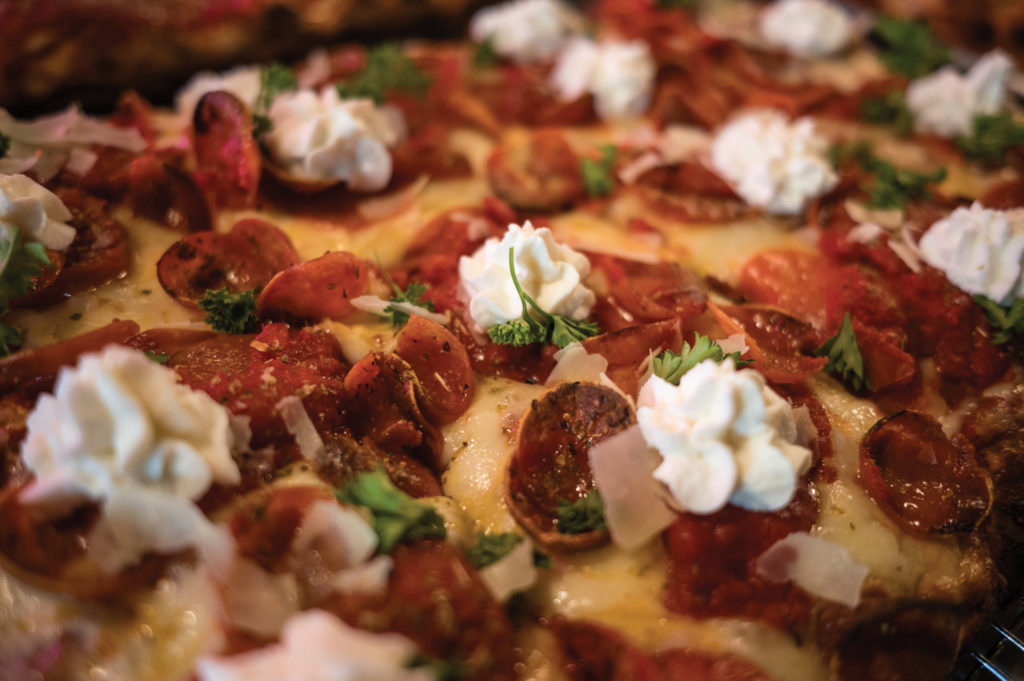 Opening a restaurant these days can be unpredictable, thanks to supply-chain issues and labor shortages. Still, chefs and owners persevered over the summer, with a slate of delicious debuts and more on the way.

In Naples, tiny Ichi Togarashi has been a big hit since opening on Fifth Avenue South in June, with more than 20 interpretations of ramen (try the Thai spicy beef) and dim sum sets. After a three-year delay, West Indian-spiced Le Martinique French Cuisine & Bakery opened downtown in May. And North Naples upped its pizza pedigree with the debut of Pizzata Pizza + Aperitivo, where owners Vinny Gallagher and Davide Lubrano sling the same slow-fermented New York-style pies that landed the flagship Philadelphia location on many national “Best” lists.

Looking for just desserts? Pick up a box of milk chocolate chip, brownie batter or almond frosting-topped sugar cookies at Naples’ Crumbl Cookies, the first local outpost of the franchise with a cult-like following. Or, peruse the viennoiserie, including flaky kouign amann and fruit tarts, at Carole’s House Café & French Bakery in East Naples (a second location opens in North Naples this fall).

Local restaurateurs also readied their second acts during the off-season. Food & Thought 2, the second iteration of the popular organic cafe, opened in North Naples with a full bar and sit-down restaurant (the outdoor courtyard with daily live music and the organic market should debut this fall). Chef Massimo Puglielli, of Mino, transformed the former Parrot Bar and Grill at Tin City into Sea Monkey, serving Old Florida favorites like conch fritters and coconut shrimp. And Sal Sinzieri, of MiraMare Ristorante, heads north with the white-tablecloth Italian Mare Terra Ristorante located in Bonita Springs.

In other Lee County culinary news, Bonita debuts the second location of Fifth Avenue South’s Aqua soon, and in Cape Coral, look out for the city’s first highend steakhouse, Prime 239.

This season brims with new spots for coffee breaks and cocktail hours, too. In Fort Myers, Shift Coffee Bar, which built its reputation on serving nitro cold brew from its coffee tricycle at events, opened its first brick-and-mortar at West End at City Walk. And Cape Coral drive-through coffee shop Urban Buzz has plans to open a location off Colonial Boulevard. Charcuterie bar The Board Room plans to open in Naples soon, with a wine list that favors California bottles. And Delray Beach’s Warren American Whiskey Kitchen expects to shake its first drinks by the end of the year, bringing more than 500 whiskeys, a private cocktail club and hearty New American fare to Naples Design District.

There’s no opening date yet for Estia at the Galleria Shops at Vanderbilt, but plans are underway for the elegant restaurant—the fourth location (and first in Florida) for the Philadelphia- and New Jersey-based restaurant—that evokes the Greek isles. Dates are also still to be announced for Sava, the long-anticipated gluten-free restaurant from the owners of Sails, which continues to move forward with the support of celebrity doctor David Perlmutter.