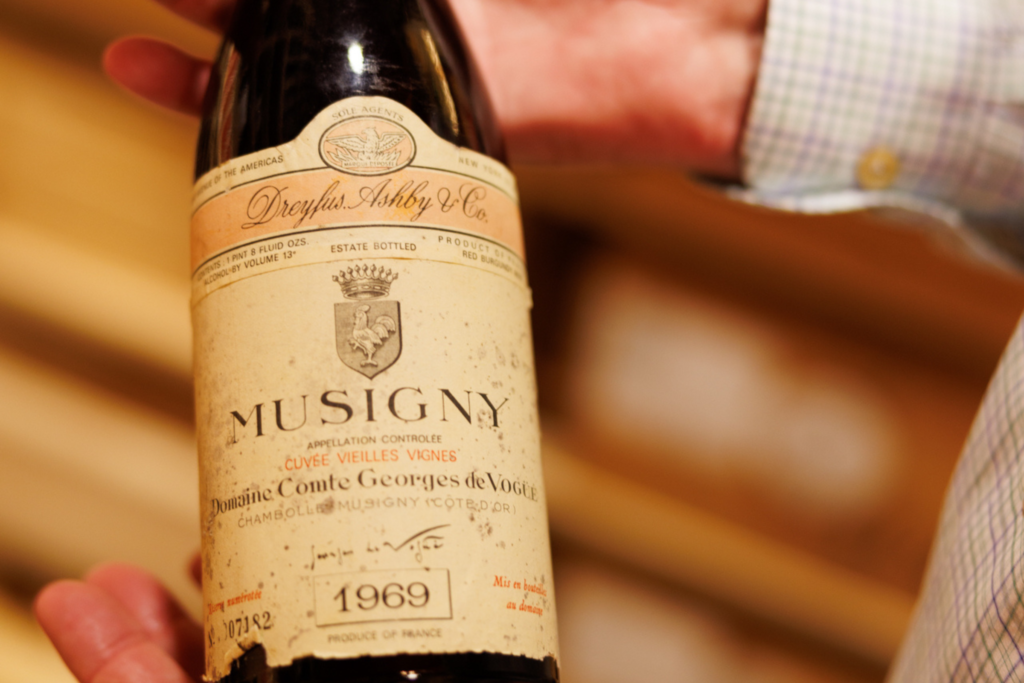 David Jones is only in Naples for a few days. The insurance broker and his wife, Judy, flew in from their home in Santa Barbara, California, to pack before heading to New York. From there, it’s on to Paris and Stockholm, where they’ll board a 65-day cruise with stops in 45 ports, including some of the most alluring and ancient wine regions in Europe: Portugal’s Douro Valley, Sicily, Provence and one of David’s two darlings, Bordeaux. (The other, Burgundy, is a bit far inland for the 55-ton Splendor.) Given his passion for collecting, you might assume he’s treating this overseas sojourn the way a Real Housewife treats a shopping spree through Dubai. But when asked about his buying plans, David dissents with a laugh, “I buy enough wine here. I don’t need to buy it over there, too.”

How much wine is enough wine? For David, the number is about 3,000 bottles, mostly purchased from annual Acker auctions in New York, specialty wine merchants and private collectors, like his brother-in-grape Peter Rizzo, owner of Natural Wine Naples. “There’s always going to be someone with more,” David says, referencing a time he met a collector at a New York auction who kept a 12,000-bottle cellar worth $12 million. “I don’t need that as my benchmark. I’m really happy with the amount I have.”

His beachfront condo on Gulf Shore Boulevard North, though spacious, can’t quite lodge his collection. Instead, it rests in a handsome, custom-built, 55-degree cellar in a warehouse off Pine Ridge Road, which David affectionately nicknamed “The Car Barn” for the armada of vehicles (a Bentley, three Porsches, a Lamborghini Urus and two Ferraris) that guards seven figures worth of wine. The prized bottles include vintages from Pétrus and Latour from the 1940s and 1950s, and a nine-liter Taittinger Champagne etched with congratulations to Michael Jordan and the 1996 NBA champion, the Chicago Bulls.

The collection started small when David was in his late 20s. During a serendipitous tasting at a Napa wine store, “I had a Groth Reserve 1985—a great year in California for cabernet—and it just blew me away,” he recalls. He bought a case, then another, then another. Some of those bottles still live in his cellar. “They’re almost 40 years old and still fabulous,” says David, who prefers age on his wines, even past critics’ ideal drinking windows. “I’ve always had that sort of palate. If you said, ‘Oh, this is too old,’ I would say, ‘Oh, this is fantastic.’ That’s what’s so wonderful about wine. There is no right and wrong. I think a mature wine exhibits all the best characteristics of what the winemaker intended.”

Bordeaux and Burgundy became David’s primary focus about 20 years ago, starting when he was on the auction committee for a benefit for Youth Haven, the Naples shelter for children and teens. A collector donated some 1964 and 1966 Bordeaux, and David, fascinated by these older bottles, purchased the lot. “That set me off on older wines,” he says. Around the same time, his palate began to eschew the feistier tannins he found more tolerable in his youth. A friend suggested he try Burgundies. A detail-oriented, research-driven individual, David learned everything he could about the French region. “There is a lot of history. They’ve been growing pinot noir grapes there for a thousand-plus years in rock soil—it’s not dirt; you see stones. There’s a minerality and softness to the wines, a lot of finesse and grace.”

Among his cherished Burgundies, which now account for 50 percent of his collection, are 1969 and 1999 Domaine Ponsot, two rare, outstanding vintages from one of the region’s legacy producers. David opened them both for a dinner party he recently hosted. At another, he popped five bottles of Château Lafite Rothschild Bordeaux from 1961, “probably the second-best [vintage] of that century,” he says. To David—the former head of the Naples chapter of the Confrérie des Chevaliers du Tastevin, an international society dedicated to Burgundy—wine isn’t something to be hoarded away or admired like museum artifacts. Sometimes, even the cognoscenti he invites to dinner are shocked by what he’s pouring. “What else am I gonna do with it, sit home alone and drink it?” he muses. “I enjoy sharing wine with like-minded people immensely.”

When David’s cruise visits Bordeaux, he’s less interested in appointment tastings at seminal châteaux than the dinner he’s having with a local family. “They cook dinner and serve wines from their small vineyard and other people in the village—it’s random; we don’t know who they are,” he says. No names, no egos, just the simple pleasure of sharing good, honest food and drink. “I’m really looking forward to that.”