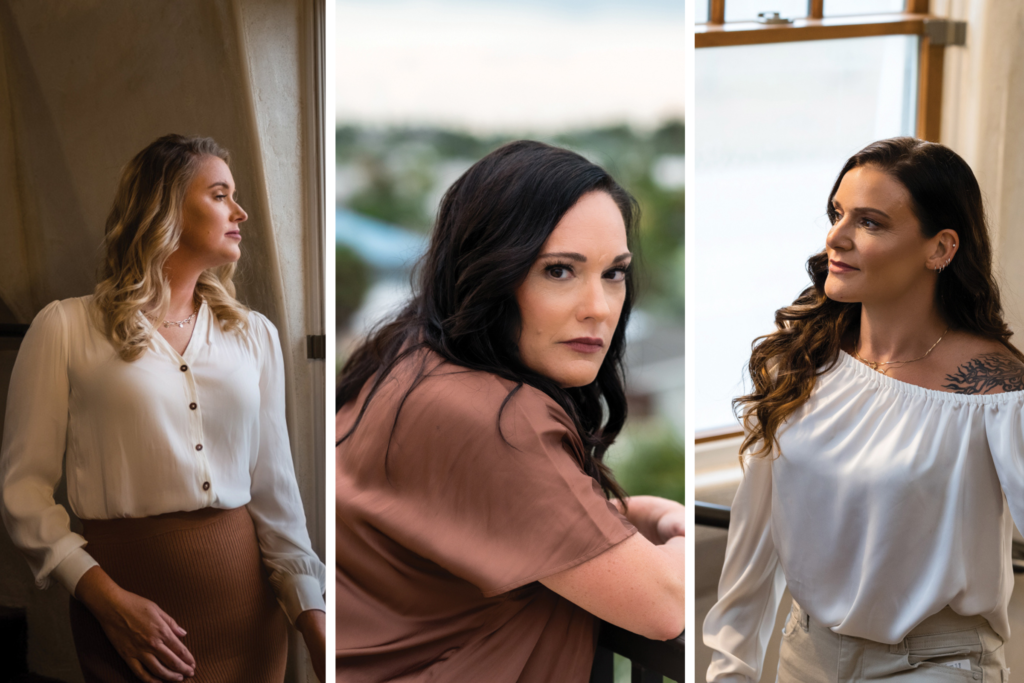 In 2020, the trio helped launch the Florida Stone Crabbers Association, which solidified their leading role in the industry. (Photography by Anna Nguyen)

For one weekend every year, visitors outnumber locals 100 to one in the tiny town of Everglades City. They flock to this far-flung fishing town for seafood, and the local bounty never disappoints. Year after year, the Everglades Seafood Festival has celebrated the city’s treasures—except for 2021, when the festival was canceled due to the COVID-19 pandemic.

After marking its 50th year in February 2020, the festival might have disappeared permanently in the post-pandemic world. The long-time organizer Carol Foss passed away unexpectedly in 2021, unmooring the future of the event. But three area women stepped up to take the reins: Kelly Kirk, Carrie Doxsee and Holly Levingston-Dudley. “We’re all wives, daughters and relatives of commercial fishermen,” Kelly says.

All three can trace back at least five generations of commercial fishing in their families. In 2020, they helped launch the Florida Stone Crabbers Association (FLSCA), which solidified their bond as a group and leadership in the industry. Taking over Everglades City’s biggest annual event is a natural extension of that.

Fishing ancestry is the touchpoint for most true-blooded Everglades City locals. The community of about 500 is tucked away at the southernmost tip of mainland Florida. Holly, a lifelong native, describes it as “just a tiny little speck on the map.” (Moments later she clarifies that she technically lives in the neighboring town of Jerome, where “the population is 12. No, sorry, 13, a neighbor just had a baby.”)

Despite its humble stature, this fishing village is known as the gateway to the Ten Thousand Islands and the western edge of the Everglades. In Everglades City, airboat outfitters outnumber the tally of grocery stores and gas stations combined. And the local catch lives up to the city’s moniker as Stone Crab Capital of the World. Just don’t let that fool you into thinking it’s worldly. “We’re a whole different world down here,” Holly says. “We’re rough, we’re tough. We’re raised in the swamp and it’s bred into us.” The city-raised transplant in the trio, Carrie, who moved to the area from New Jersey 20 years ago, puts it this way: “These people have gators as puppies.”

Beneath the rough-and-tumble attitude, and tourism trappings, loyalty runs deep in these parts, Kelly says. Native sons and daughters who leave the region in pursuit of college or work in bigger cities often return, homesick for the rhythms of the swamp.

As newbies taking over the fishing town’s biggest weekend of the year this past February, the women had to prove themselves and their vision for the Everglades Seafood Festival. They did so by doubling down on the local emphasis.

Each vendor signs a contract stipulating all seafood served comes from local Gulf waters—aside from three pre-approved stalls offering Maine lobster, Alaskan salmon and Maryland blue crab (the former to appease the crowd and the crab to ease the burden on local crabbers). “It’s a pride thing,” Kelly says. “I’m proud of the product that we produce here in the Gulf.” The group had to confront one vendor this past year who was trying to serve shrimp that came from overseas. “We won’t have a problem with him again,” Holly says, with someone quipping that he was fed to the gators to make an example.

During the festival, all seafood is prepared and served hot. Dishes range from fried and grilled gator to grouper sandwiches to frog legs to stone crabs to Indian fry bread burgers—a staple of the local Seminole and Miccosukee tribes that participate. “Our support from the local tribes is invaluable,” Carrie says.

In 2022, the three-day festival included 222 vendors selling merchandise, food and beverages. Plus, there were carnival rides and live music performances, including country artist-actor Ryan Bingham, known for his role in the TV series Yellowstone.

By the time the 52nd annual Everglades Seafood Festival wrapped up, more than 50,000 people had passed through town. And, the organizers hit all their ambitious fundraising goals. The proceeds added up to around $10,000 in scholarship money for area youth and letter jackets for high school juniors and seniors.

At its core, the mission of the event is to highlight the commercial fishing community and give back to the community, which has struggled economically for decades. Its lowland and isolated geography has historically put it in the path of devastating hurricanes—such as Irma in 2017, which still shows remnants of the wreckage it caused in town.

Holly was primed for nonprofit work well before her foray into the seafood festival. She launched Holly’s Hope in 2017. The faith-based program covers intake fees and the costs of supplies, food and other basic needs for people in the program.

In a sense, the Everglades Seafood Festival provides similar support on a broader scale, starting with the local fishing operations in the area and expanding to the community at large. But it’s a much easier sell to supporters: Just show up hungry.